10 Signs that You May Be a Psychopath

Psychopaths are often really smart, successful people who become adept at hiding their true inclinations to integrate with society. Most psychopaths realize very early on that they are different, and they successfully hide their condition every day with what’s known as their mask. 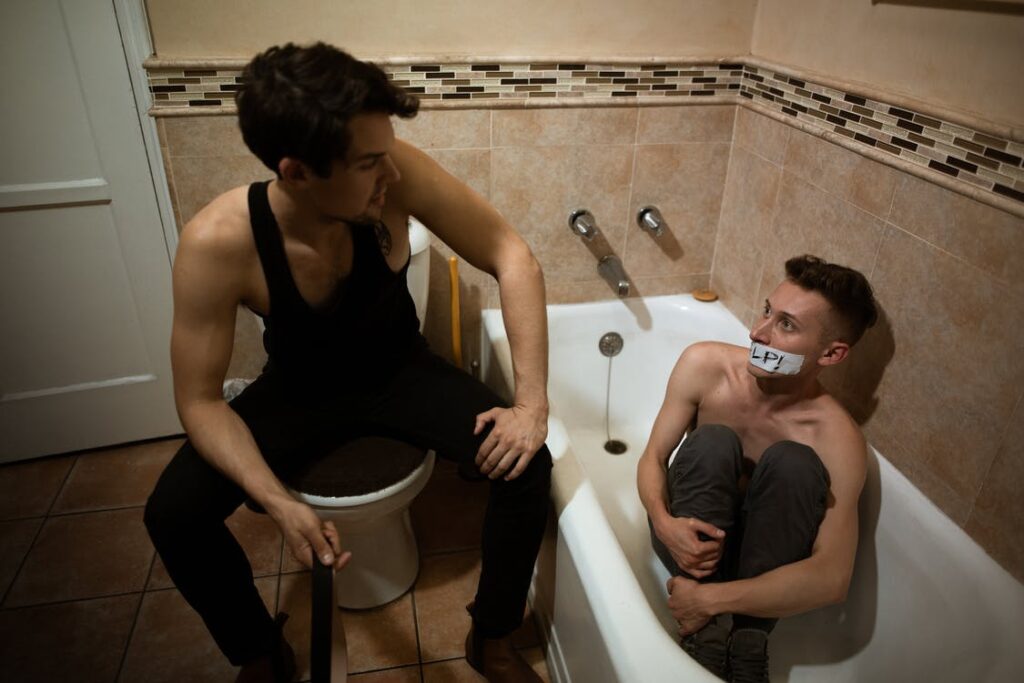 Forget the image of a psychotic serial killer brutally murdering innocent victims in some smog-ridden back alley. Psychopaths are often really smart, successful people who become adept at hiding their true inclinations to integrate with society. Most psychopaths realize very early on that they are different, and they successfully hide their condition every day with what’s known as their mask. They may find themselves completely unaffected by the loss of a relative or unmoved by the death of a family pet. This is because psychopaths are hard-wired to operate without what we think are ordinary emotions.

This does not make them bad people – just neurally different. Going back years, psychopaths certainly had their place as leaders in hunting and gathering societies and are often essential members of a team in, say, combat situations. But psychopaths living amongst us today often flex their abilities in the boardrooms and governmental offices. Could someone close to you be a psychopath or could you be one yourself? Today we’ll find out, in this article of the Infographics show.

Do you find it impossible to value yourself with a similar worth to others? Do you see the world as having one rule for you and another rule for others? If so, there is a chance you might be a psychopath. Probably the one most defining factor in the make-up of a psychopath is the complete absence of empathy. Hitler felt no empathy for the millions dying around him as quite simply he was a psychopath with zero capacity for empathy or any thought or feelings for another person’s suffering.

Psychopaths can turn the charm on when they feel like it and can be incredibly charismatic, but approach with care as this is all just an act developed through years and years of practice. A psychopath from the criminal world can talk about their crimes with a cold distant charm. Ever seen those old prison interviews with Ted Bundy? Chilling stuff.

Psychopaths usually display a narcissistic personality disorder. They see no harm in a little self-love now and again. Their sense of self-importance is often gushing out in the free flow. So if your ego is the size of Texas and you can’t stop hyping yourself up, you may well be suffering from a disorder in the psychopathology spectrum.

Now we all need to tell the odd white lie from time to time to make others feel comfortable and ease social pressures, but psychopaths take the art of deception to a whole new level. They like to lie and complicate situations for them to feel superior about themselves, so if a close friend is continually fudging the issue with artistic license, you may have a psychopath in your midst.

With little time to worry about relationships, psychopaths’ often spend time acquiring knowledge and mentally fixing problems of a scientific and mathematical nature. If you find yourself inquisitive about the world around you, yet unable to form emotionally meaningful relationships you may fall under the sociopath spectrum, or perhaps not. You may just be plain old borderline, anti-social or introverted.

Psychopaths are seriously lacking in remorse so if you find yourself baffled as to why you don’t feel a twinge of guilt or shame for say, accidentally killing the family pet, you may well be suffering from the condition. The no-regret thing is a big red flag and is similar to the no empathy deal – most of us should naturally feel regret and empathy whether it has been taught to us or not.

Although not all psychopaths are violent, and some do function highly in the boardroom and the political chambers of power without ever raising a hand to their subordinates, there is still an inclination for violence with most clinically diagnosed psychopaths. Most psychopaths let their masks slip from time to time and when that happens – watch out!

Normally psychopaths are typical for their ability to appear calm under stress – this is what traditionally made them good hunters and leaders of the war, however, they may have a secret reckless passion, such as randomly stealing from shops or attacking random strangers. They often drive cars in such a fashion that they can put themselves and others in danger.

Obsessive behavior is also common amongst these people. They often obsess over others and use tactics such as stalking, cyber-bullying, and generally creating drama. They might send somebody multiple emails or messages even though the recipient has made their disinterest clear. They may continue to do this for months until they find a new target. They may become transfixed by certain objects that they feel they just must-have. Of course, not everybody who suffers from Obsessive-Compulsive Disorder is a psychopath but most psychopaths are obsessing over something whether it is a new car, the new woman from accounting by the water cooler, or a new promotion…These are, after all, goal-oriented people.

Last up is the P factor. This is what we’ll call that unnerving uncomfortable feeling you get whenever you share your space with a psychopath. For some reason, the gut usually knows more than the head or the heart about another person, so if you are with somebody who just kinda gives you the creeps, they may well be suffering from a disorder in the psychopathology spectrum.