24 Known Super-Earths Could Be More Habitable Than Our Planet, Astronomers Predict

There are way more habitable planets out there than previously believed. Astronomers have found that 40% of the cool dwarf stars they've looked at have Super-Earths orbiting them. 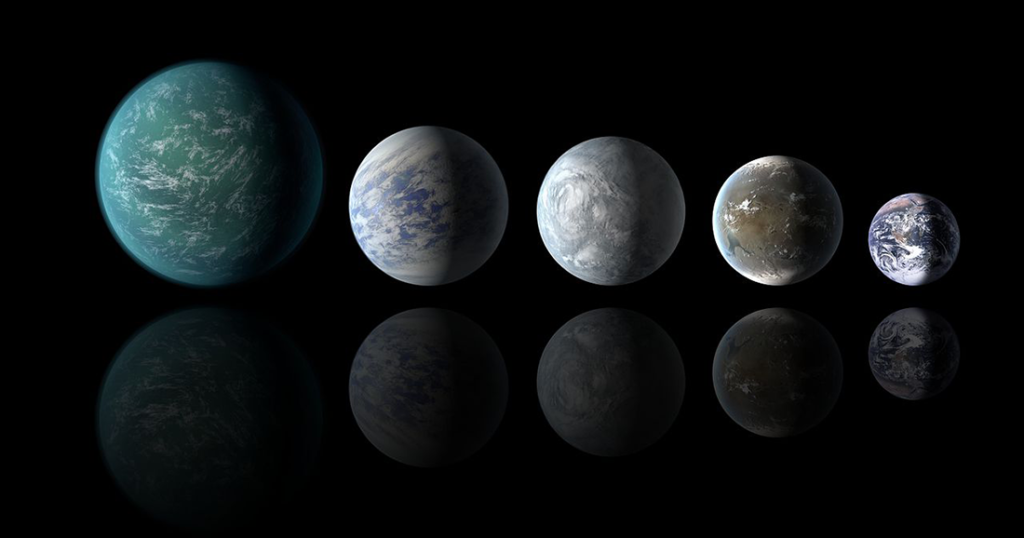 It is only by randomness that humans exist

Do you feel lucky to be alive? Well, according to computer simulations, the habitability of the planet Earth over geologic time was not predetermined but rather the result of random events. The existence of humans is, quite simply, a miracle. The Earth has not been a hospitable place. For most of its 4.5-billion-year history, the Earth has been too hot or too cold for humans and other large creatures to exist. So, we should take the hint that we might not survive the next random event and focus our efforts on reaching super-Earths elsewhere.

Finding a better planet than Earth

The optimism of astronomers and scientists is so great that scientists have been putting together a wish list of what would be the ideal planet for us. A planet that is twice as massive as Earth, between 20 and 30 percent larger in volume, with oceans that are shallow enough for light to reach the seafloor, and an average temperature of 77 degrees Fahrenheit (25 degrees Celsius) would be the most habitable planet. Such a planet would revolve around a star that is much older than our Sun, giving life more time to evolve, and like our own planet it would need to have a powerful magnetic field that shielded it from the harmful effects of cosmic radiation. Scientists believe that if a planet has all of these characteristics, it will be extraordinarily habitable.

The best man to help people with this quest

Chris Impey, a distinguished Professor of Astronomy from the University of Arizona, has recently shared his views that astronomers are finding more of the billions of super-Earths they believe are out there. With over 180 publications on observational cosmology, galaxies, and quasars, and Impey’s research supported by $20 million in NASA and NSF grants, Impey is a considerable authority on space.

When it comes to the hunt for extraterrestrial life, Professor Impey thinks it makes sense to focus on planets with characteristics similar to Earth. In the summer of 2022, NASA’s Transiting Exoplanet Survey Satellite discovered a few planets with particularly interesting orbits that were located in the habitable zones of their respective parent stars. These planets, known as exoplanets, orbit around stars not in our solar system.

What are the odds so far for finding a better Earth?

To date, astronomers have found twenty-four Super-Earth exoplanets that could theoretically be more habitable than Earth. Some of these planets might be the best of all possible worlds, but we won’t know for sure until we visit them.

Two planets stand out among the rest. One planet orbits its star in fewer than three days and is a whopping thirty percent larger than Earth. The other world, TOI-1452b, is about 70 percent larger than our own and could potentially have a deep ocean. These two extrasolar planets, known as super-Earths, have masses greater than our planet but smaller than the ice giants Uranus and Neptune.

40% of cool dwarf stars have super-Earths orbiting them

This latest research is super exciting because it means there are way more habitable planets out there than we thought! Super-Earths are planets larger than Earth but smaller than Neptune, and they seem to be orbiting cool dwarf stars. Scientists have found that 40% of the cool dwarf stars they’ve looked at have Super-Earths orbiting them. This is a big deal because it means that there are potentially billions of habitable planets in our galaxy alone. Who knows, maybe there’s even another Earth out there waiting to be discovered!

What makes our solar system unusual?

Approximately one-third of all exoplanets are classified as Super-Earths. The closest Super-Earth to our planet is only six light-years away, making it an intriguing target for future study. The lack of a planet in our solar system with a mass between Earth and Neptune has led some to refer to our solar system as unusual.

Super-Earths are becoming easier to find

Super-Earths are the perfect target in the search for life because they’re so much easier to detect and study than Earth-sized planets. This makes them much more likely to be found. The detection of exoplanets can be done in one of two ways by astronomers. One method searches for the gravitational influence that a planet has on its parent star, while the other searches for the momentary dimming of a star’s light that occurs when the planet transits in front of the star. But both of these discovery methods are simplified when dealing with a larger planet.

Planets ejected from their own star system

Scientists have discovered exoplanets that have been ejected from their star systems and believe that billions could be roaming the Milky Way. These Super-Earths that scientists theorize could potentially support life don’t only exist in the habitable region of their solar system but could also be roaming the galaxy.

If a Super-Earth with a thick atmosphere and a watery surface were to be ejected from its star system, it might be able to support life for tens of billions of years, which is an extremely significant amount of time compared to the amount of time that life on Earth might have left before the Sun expires. A professor of Physics and Astronomy has even suggested that aliens may be using rogue planets to move around.

With such a high number of potentially habitable planets, the chances of finding life elsewhere in the universe become much higher.