The 5 Best Performing Handguns of the US Armed Forces

Why are handguns such an integral part of the US armed forces? 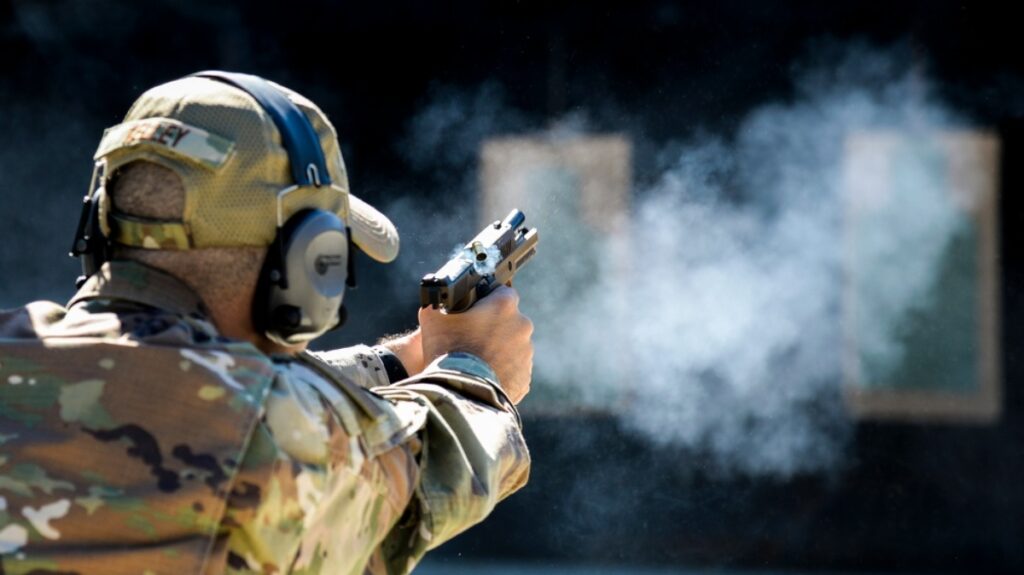 In the United States armed forces, handguns are chiefly employed as an ancillary weapon. An ancillary weapon is used for secondary purposes, such as a sidearm in case the standard issued rifle fails.

Once again, through rigorous testing, the U.S. Armed Forces selected the best guns to support them in any mission worldwide. And after a very competitive selection process, these handguns are the ones used by the U.S. military forces:

The Beretta M9 is the military version of the Beretta 92 semiautomatic, and it has been operated for years on global battlefields.

But, despite being in service for several decades, the M9 has been updated regularly to improve its performance and adapt it to modern warfare.

The US distributed the SIG Sauer M17 to its troops after being awarded in a public competition against the best gun designers in the entire world.

This gun will replace the Beretta M9 used since 1985, and it uses the same caliber as the Beretta, but it is made of special polymers that make it more resistant, lighter, and easier to maintain.

It is a semi-automatic handgun made of a large number of polymers. Its shooting precision and impressive rate of fire are superior to the M9, while it’s more reliable in operation and simpler to disassemble for cleaning.

It is also a modular gun, which means that its parts can be quickly interchangeable to suit the different needs of soldiers.

The contract is expected to result in 195,000 guns at a cost of US$580 million, and the Beretta replacement process.

The Sig Sauer M18 is the most modern handgun to be designated for the Marines, and it’ll substitute the Beretta M9, which was in service since 1985.

The gun features interchangeable pieces to fit the size of the hand. SIG Sauer included a rail where flashlights or lasers are connected to aim at the target.

SIG Sauer M11 is the US military version of the SIG Sauer P228, and the Navy SEALS commonly use the M11 since it’s a very secure and compact gun.

The M11 is a double-action semi-automatic gun, and this handgun is also used by the U.S. Secret Service and various international agencies.

It is a semi-automatic pistol designed for high firepower, and it comes with laser and sound suppressor attachments for special operations.

The MK23 can perform really well even in the most challenging environments, having proven its ability to fire accurately when exposed to sand, water, and extreme temperatures.

Despite being heavier than many other pistols of the same type, it has great stopping power with its .45 caliber that is effective up to 50 meters (164 feet) away.

These military handguns are world-leading

These handguns are the finest in the world, and the U.S. can count on them in the roughest terrain or weather conditions.

These guns’ capacities are fundamentally unmatched and embody the best in weapons engineering, which is why guns like the SIG Sauer M18 and SIG Sauer M17 will continue to be the preferred guns of the US armed forces