Is 5g Technology Going To Make Us All Sick?!

The year is 2021, and though the rollout of 5g technology has been slow, your town finally got all the fancy new antennas and cell phone towers installed that will make it possible for phones to connect to the 5g network. 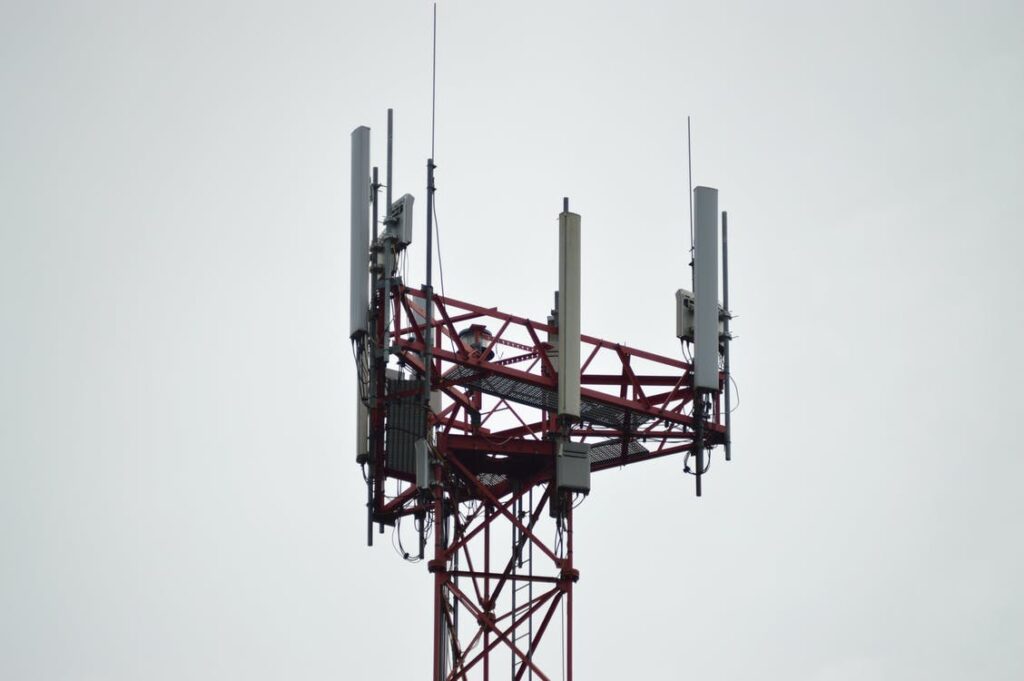 Is 5g Technology Bad for Your Health?

The year is 2021, and though the rollout of 5g technology has been slow, your town finally got all the fancy new antennas and cell phone towers installed that will make it possible for phones to connect to the 5g network. Excited to try out lightning-fast internet anywhere you go, you pull out your phone and hop on YouTube to watch another episode of your favorite informative online show.

But as your phone connects to the 5g network, your nose suddenly starts bleeding. Your hands shake and your vision gets blurry, then suddenly, your head pops like an overripe melon or that one scene from scanners. You’re dead now, and it’s all because you just had to have 5g cell service on your phone.

Clearly, the previous scenario is hyperbole, but as 5g technology comes closer to being an international reality, people all across the world are having some very real fears about what this new tech will do to the human body.

What is 5g, and how is it going to change the way we communicate?

5g is the latest development in wireless information transfer technology. The G in 5g stands for generation, so this is the fifth generation of cellular technology, which is impressive since the tech has only really been about a few decades. 5G is poised to change humanity in a very big way, and in fact, may be the single biggest evolution in human culture since the global adoption of the internet.

That’s because 5g technology will allow information transfer rates as high as a stunning twenty gigabytes per second, which is faster than most wired connections. More bandwidth and improved antenna technology will make it possible to share more data, faster, anywhere within network coverage. 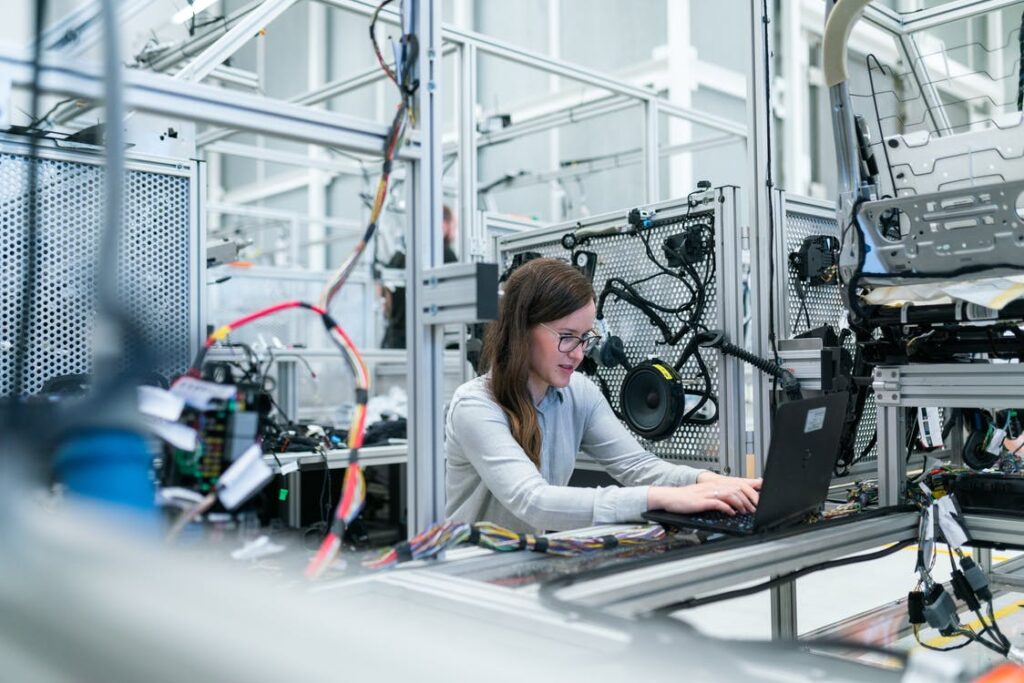 We could see latency drop to as low as 1 millisecond, meaning that for the first time wireless augmented reality technology could become a real thing. This means that you could play virtual reality games anywhere that you have coverage, but it would also allow for things like remote surgery in more places.

The military is already looking to applications of 5g technology, and dream of a heads-up display system that would let soldiers share real-time data across the battlefield, or let ground combat drone operators control battlefield robots alongside human soldiers in real-time. Needless to say, the ability to stream so much data so quickly anywhere with coverage could be revolutionary.

5G vs 4G how they compare

5g works differently from 4g by replacing large, high power cell towers with many more cell stations spread out across a city. This is one disadvantage of 5g tech, in testing users reported dropping out of service when more than two blocks away from a tower, so telecommunications companies are going to have to invest heftily into outfitting each city with thousands of new antennas. Luckily, these antennas are far smaller than normal cell phone towers and can be inconspicuously worked into light poles or the roofs of buildings.

The reason for the change from large, powerful cell towers to a swarm of smaller antennas is because 5g operates at a much higher frequency than 4g coverage, operating between 30 and 300 gigahertz. This means that the electromagnetic waves 5g used for communications are much smaller than those used for regular cell service, and are thus much more prone to interference and have far shorter ranges.

Right now companies in the US, Japan, South Korea and China are building the first 5g networks, and it’s estimated that a full rollout of the technology will cost billions of dollars and take until well into the 2030s. However the benefits far outweigh the steep price or even the wait, and 5g promises to make a truly interconnected world a reality.

But with every new technology, comes fear from the public sector, and now some people are opposing the rollout of 5g technology because it is dangerous to human health.

The reason for the fear behind 5g largely comes from the very high frequencies that the technology uses to transmit data. 5G operates at the same frequency that microwaves do, and sadly a general lack of scientific knowledge has led many people around the world to fear that 5g could cook your brain. As many scientists have pointed out though, it’s not the wavelength that makes microwaves cook food so effectively, but the power that the microwave puts out. The average microwave puts out 700 watts of power, while a cell phone barely puts out a single watt.

Further, microwaves concentrate all of that energy into a very confined space, while your cell phone spits out its energy all over the environment. An online petition to ban 5G

A woman in New Zealand made headlines after starting an online petition to ban the rollout of 5g technology, fearful of the effects the network would have on the human body. As is so often the case, the woman first grew concerned when she read a Facebook post about the dangers of 5g technology, and since Facebook is world-renowned as a trusted, peer-reviewed authority on all scientific matters, she immediately launched an online petition asking her local government to stop the rollout of 5g technology in her city. According to the woman, she feared what the effects of 5g exposure 24 hours a day would do to the human body.

She is hardly alone however in fearing the rollout of 5g technology, and in April of this year, a test rollout was halted in Brussels, Belgium, after citizens became concerned over the extra “radiation” in the environment. This forced local government to enact anti-radiation laws, which we wish them good luck in enforcing as we are bathed in electromagnetic radiation every day.

The culprit here as so often is ignorance of science and scientific terms. Radiation is used to describe every single electromagnetic emission in the universe, and these include everything from the sun’s warm light to your light bulb, or the waves that carry your favourite radio station tunes to your car’s radio.

The difference between benign and harmful radiation is whether it is ionizing or not, that is whether it is strong enough to remove electrons from their orbit around an atom, thus causing the atom to become charged, or ionized. The split between ionizing and non-ionizing radiation occurs in the Ultraviolet range, and rest assured, 5g technology falls far short of this point.

Now non-ionizing radiation can still be dangerous, as it can still generate heat and thus destroy living tissue. But once more we have to consider the power that the radiation is transmitted at, and as we mentioned before, your cell phone simply doesn’t have the oomph to hurt you or your neighbors.

For fun, we looked at some of the more popular conspiracy theories surrounding 5G technology, because on the internet ignorance is in no short supply. One of our favorites was that 5G technology was being used as a form of global population control, which we assume means that all previous methods attempted were complete failures.

Everything from GMO crops to vaccines to chem trails to dog farts has been claimed by conspiracy theorists at some point or another as being a form of population control, and yet humanity continues growing despite our apparent best efforts to prevent this. Either this means that these conspiracy theories are nonsense, or the government is bad at its job.

Another favorite theory is the autism theory because blaming the mercury in vaccines for causing autism is slowly going out of style, so it’s time to blame cell phones. First of all, the original mercury used in vaccines never caused autism because the dose was so small and the body couldn’t physically absorb it, and the new version of mercury they use now is even less harmful. Plus, you can always get a mercury-free vaccine if you happen to be scared of nonsense.

But cell phones causing autism? Well, we’re not quite sure how that’s supposed to work as the EM waves are given off by radiation are so weak and scientists have confirmed that electromagnetic radiation is at least 99% free of mercury.

Another theory put forth is that 5g technology uses high-frequency waves that are capable of boiling water, and thus this is going to be used to make everyone on earth sterile. This theory is of course half-right, as yes, 5g technology uses the same high-frequency waves your microwave puts out, but as we’ve mentioned twice now and really can’t stress enough- it’s not just frequency you have to worry about, but power output. Besides, we have it on good authority that the Zeta Reticuli reptilians who secretly rule the government have no interest in turning humanity sterile, as it would dramatically lower their delicious human brain supply.

Also, we’re not sure how boiling the water in the human body would make you sterile. If this were possible it would just make you dead, which on second thought, we have to admit is a pretty good way of making people stop having babies. Some people are fearful of 5G technology, in no small part thanks to a general ignorance of science and the fear associated with the word radiation. The best cure for this fear is to get informed, just like you’ve just been- although you are a pretty smart cookie, you subscribe to The Infographics Show after all. So if you want to help fight scientific ignorance, tell a friend the difference between harmful and non-harmful radiation, or just share this video!

But there is a real risk that you do need to be aware of, a constant one that can seriously impact your life unlike the made-up claims about 5G, and that’s the threat of hackers. You might think it’s just big tech companies that are at risk, but, no, it’s everyday people like you and me you might be a bigger target than a company that a hacker knows has professional security. And that’s why you need Dashlane. Think of them as your security force in a dangerous cyber world, and the only tool you need to stay safe online.

We here at The Infographics Show make sure our whole team is secured by Dashlane! With a VPN, password generator, and breach alerts to let you know when your logins suffer breaches or hacks, Dashlane actively works to protect you across all of your devices and online accounts so you can rest easy! Head on over to www.dashlane.com/infographics for a free 30-day trial, and if you use the coupon code ‘infographics’ you can get 10% off a premium subscription today!

Have you heard any other crazy 5G conspiracies? Is the new technology going to make us all sterile? Tell us in the comments. See more