6 Of The Best FPS Games Of The Last Decade

There are tons of FPS games out there, but we narrowed it down to just 6 of the best FPS games of the last decade. 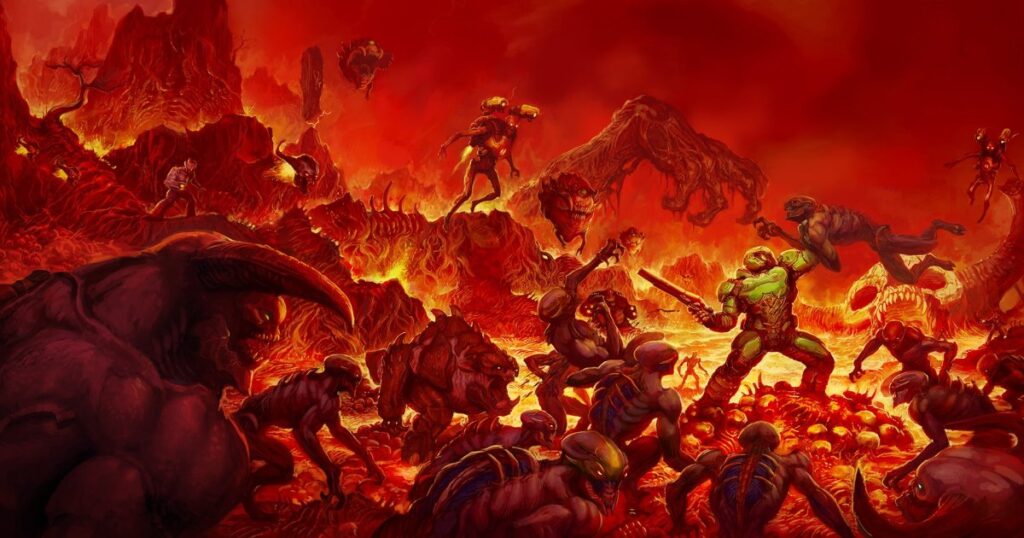 We’ve certainly come a long way from the days kids would stand in front of a giant box and get hours of joy from knocking a virtual ball back and forth over a blank screen. We are of course talking about Pong, one of the first arcade games to turn the public’s attention towards this new kind of pastime.

In the late 70s and into the 80s, the early form of gaming would gain more traction with the release of now iconic games such as Pac-Man and Space Invaders, both coming out of Japan, and then later Nintendo’s Super Mario would become a fixture in households all over the world.

We are only going to talk about FPS games and even though it too has roots in the 70s and 80s, it wasn’t popularized until the 90s.

First of all, when we say “best” we’d have to make a subjective judgment call that you might disagree with. So, in no specific order, we will have a look at what is generally considered the best, the reasons why, and what they managed to achieve.

Another thing we should add is that FPS games are one of the most popular genres of games out there along with action and role-playing games. You might be surprised to know that the average age of a gamer is reportedly 35 years old.

The average number of years a person has been playing is 13, and the players are 59 percent male and 41 percent female. Women, however, dominate role-playing games, while the genre we will talk about today is played mainly by boys and men who make up 66 percent of the players.

We’ll start with an old classic that has been brought back to life in the last decade. The name of the game is Doom, a game that was, and still is, scary as hell. When its first iteration came out in 1993, according to some reports its inspiration was the thrilling movies of Aliens and Evil Dead.

It’s generally thought to have been so popular that it is the main reason we have so many FPS games today. If you’ve ever played it alone at night with the volume turned up, you’ll know it can be quite the ride.

The iteration we are talking about today is the 2016 version, which became the second best-selling video game in the UK and the US shortly after its release. It reached over a million copies sold that year.

In both countries, it was behind Uncharted 4: A Thief’s End, although in terms of what the critics thought, it won a slew of awards including some media giving it the game of the year award.

If you are a Doom fan, you’ll be pleased to know that some of the secret doors in the game will take you to sections of the original game. We chose Doom over Quake, another quite similar FPS developed by the same company.

If we look at the best-selling videogame of 2016 that was FIFA 17, a sport, or football game.

The entire series has sold over 250 million copies altogether, generating 15 billion dollars in sales. It’s also racked up 25 billion hours of gameplay, and for that, it has to be ranked as the most played FPS that has ever been made.

There have been a total of 14 versions of the game in the main series, and it’s highly debatable which Call of Duty game is the best. What we will say though is that the decade old “Call of Duty 4: Modern Warfare” was an absolute game changer.

Another franchise that has done quite well is the Counter-Strike franchise, having sold in total around 50 million copies for the entire series. This highly addictive game has been around since 1999, so we thought it might deserve a special mention.

It’s one of the games that is so playable parents around the world have been sending their kids to rehab to ween them off it. If we are sticking with the best of the decade, the version we will choose is 2012’s Counter-Strike: Global Offensive. This one game, alone, sold more than 25 million copies.

We cannot go on without talking about one of the most praised games by critics and users alike, and its name is Half-Life. The first Half-Life came out in 1998 but the game we are adding to this list is Half-Life 2. You can’t beat a good story in a game and Half-Life has one of the best.

While the game is older than a decade, there are expansion packs and different episodes, and even now people can’t do anything but give it the utmost respect. It has in all received 39 awards for a game of the year and many critics have given it, at some point in time, the title of game of the decade.

Gamers, as well as reviewers, say just about every aspect of Half-Life 2 is flawless. One critic even gave it an 11 out of 10 score, something that he had never done in his life. Most critics said it was the thinking man’s game, a kind of arty and intelligent game compared to the grunt work you had to do in Call of Duty. It’s even in the Guinness Book of World Records for winning all kinds of things. It has sold over 12 million copies.

Next on our list of FPS games is game with a fascinating story, and that game is the Halo series. There have been 13 releases so far, but the original “Halo: Combat Evolved” is given almost perfect scores by anyone who reviewed it, but that particular game is way older than a decade.

Of the versions that can fit on our list, we are going to give that to “Halo 3”, said to be possibly the best multiplayer game ever made. It became the fastest ever selling game of all time on its release and was the best-selling game in the US in 2007 having sold a total of 8.1 million copies.

Critics generally agree that 2010’s “Halo Reach” is the second or third best in the series, so that makes it onto our list, too.

Halo is also somewhat of a subculture, having spawned books, short films and graphic novels. It’s thought the entire franchise has sold around 70 million copies. It’s also said to have made over 5 billion dollars in total sales. In terms of FPSs, the Halo franchise might not be as well-received as Half-Life, but it’s second behind the Call of Duty franchise regarding the money it’s made.

The last on our list for best of the decade is the Battlefield series. It’s been around since 2002, which includes 11 FPS games and 12 expansion packs. Its release of Battlefield 1 has gained some plaudits, but as for the very best in the series it seems that 2010’s Battlefield: Bad Company 2 is most people’s favorite.

Just for fun, do you know what the best-selling FPS game is of all time if we are talking about just one game? That’s Nintendo’s Duck Shoot.