Made for the Cold War and well-known for its infamous gatling-type cannon, the A-10s have marked an era – but probably we’re seeing its last days in service. 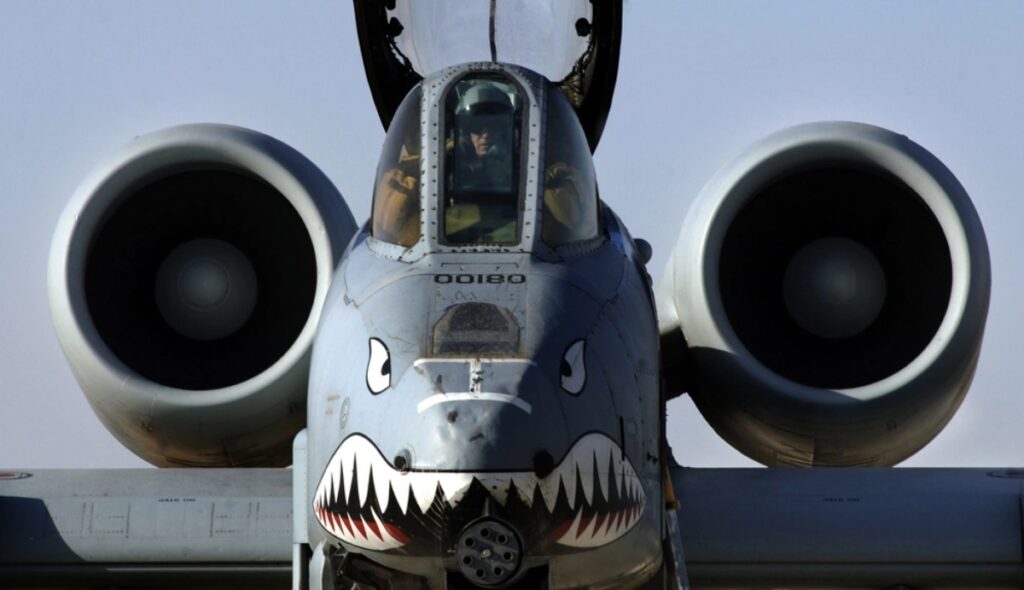 In the 1960s, while the Vietnam War was going on, the USAF wanted an aircraft to provide outstanding support for ground-based missions, and the Warthog was perfect for supporting allied ground troops at low altitudes.

The A-10 has excellent maneuverability at low speeds and altitudes, making it a highly versatile platform… But, it seems like an aircraft of another era, and the USAF is seriously planning its retirement.

The history of the A-10 Warthog

The A-10 Warthog is a single-seat, twin-engine jet aircraft designed for close air support of ground troops, attacking tanks and armored vehicles, and providing tactical reconnaissance.

Nicknamed “The Warthog,” the A-10 Thunderbolt II was initially designed for the USAF by Fairchild Republic Company, now incorporated as part of Northrop Grumman.

Its first flight was in 1972, and the A-10 Thunderbolt II was approved for mass production in 1976.  Then, the A-10 proved to be a very effective aircraft, particularly in combat situations with a lot of ground fire.

Moreover, the A-10 has been praised for its effectiveness – and it is estimated that the A-10 has saved the lives of thousands of American and coalition troops on the battlefield.

An extremely reliable aircraft in its final days

The A-10 has seen action in numerous conflicts, including the Gulf War, Kosovo War, Afghanistan War, and Iraq War. In all these conflicts, the A-10 proved to be a reliable and highly effective close air support platform.

It is capable of withstanding heavy ground attack and still keep flying. That’s why its developers reinforced the airplane, protecting the cockpit and the main mechanical elements.

However, the A-10 is now over 50 years old, and the USAF wants to retire it in favor of newer, more technologically advanced aircraft. The problem is the A-10 is not stealthy and cannot carry the same payload as more contemporary jets like the F-35.

The USAF has been trying to retire the A-10 for many years, but Congress has repeatedly blocked these efforts. However, USAF officials are leaving the A-10 without the upgrades and maintenance that the aircraft needs – this could force its retirement regardless of the Pentagon’s orders.

Their approach is based on investing more in aircraft that can compete in technology against China and Russia and keep the US winning the arms race with these nations.

Also, it is armed with a General Electric GAU-8/A Avenger 30 mm Gatling cannon, which can fire 3,900 rounds per minute. The A-10 carries a variety of other weapons, including rockets and guided missiles.

The A-10 is an iconic aircraft and it will be missed by many pilots and aviation lovers when it finally retires.

However, the A-10 Warthog is so resilient that it has managed to evade not only its enemies at war but also its domestic haters. So, maybe we will have the A-10 in service for some time.

Feature image credit: Prepping an A-10 for a sortie by Cecilio Ricardo under Public Domain.