With its aging heavy bomber fleet, the USAF is eager to get its hands on the B-21 Raider. 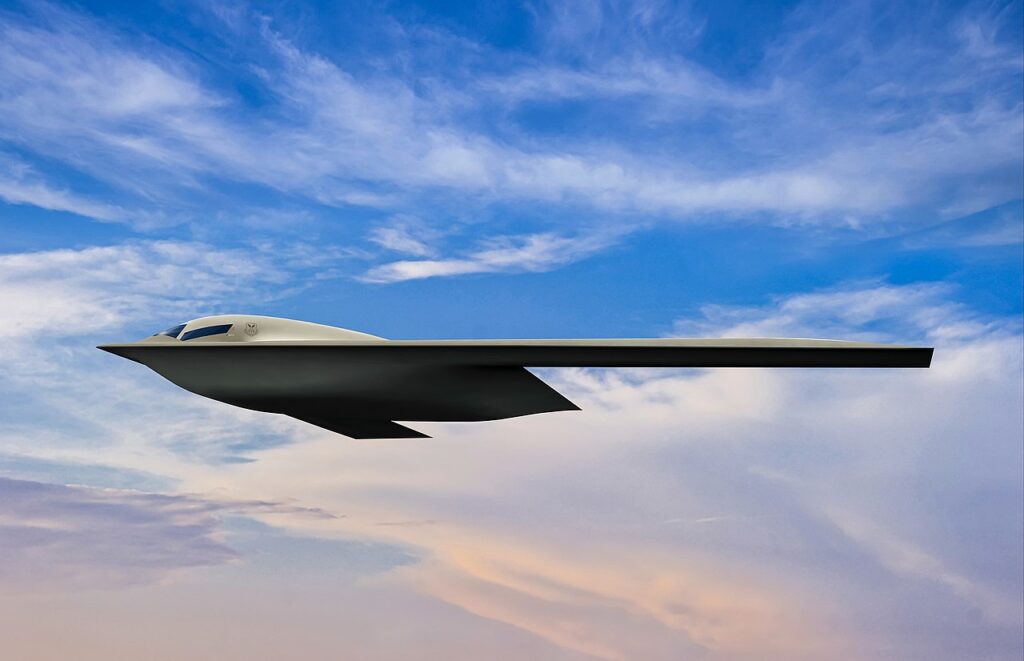 The B-21 Raider is a new stealth bomber that the United States Air Force has wanted for a long time. Although it’s still at an early stage of development, major projects are already planned for this bomber.

The B-21 Raider is a game-changing aircraft that the US needs to replace the aging B-1B Lancer and B-52 Stratofortress – and will be the most advanced aircraft the world has ever seen.

The futuristic B-21 Raider

The B-21 Raider is a new stealth bomber being developed by the United States Air Force. The aircraft is designed to replace the aging B-52 Stratofortress or B-1 Lancer and is expected to enter service in the early 2030s.

The Air Force has wanted a new bomber for a long time, and the B-21 Raider seems to be the perfect option. It will help the US keep up with its adversaries, especially China, which would spend many years of research and development to copy the technology of the modern bomber.

Very little is really known about the specifications of this aircraft as it’s still under development, and many new technologies can still be incorporated. Although it has a per unit cost cap of around $500 million.

In any case, the B-21 is being developed with a number of cutting-edge technologies that will make it virtually undetectable to enemy radar. In addition, the bomber will be armed with a variety of weapons, including nuclear bombs.

The B-21 is also supposed to have a very long range, meaning that it can fly long distances without having to refuel. This would increase the bombing capabilities of the U.S. Air Force, which despite having a stealth bomber like the B-2, it can dramatically increase its air power with the B-21.

The air supremacy of the US

The B-21 Raider is not the only next-generation stealth bomber under development. Russia is working on the Pak Da. The Pak Da will be a subsonic bomber armed with cruise missiles and can carry up to 50 tons of payload.

Also, the Chinese Xian H-20 is a subsonic strategic bomber designed for long-range, high-altitude missions. It is believed to be capable of carrying nuclear weapons and is the first stealth bomber developed by China.

The Xian H-20 is a significant development for China, as it gives the country a credible long-range strike capability for the first time.

Reportedly, #China will soon do the maiden flight of its own #B2 like stealth Bomber named as #Xian H-20.#IADN Intel. Alert#H20 pic.twitter.com/miBaiA0zpo

The bomber is also important for symbolically asserting China’s status as a major military power. While the United States remains the only country with a truly global reach, the Chinese Xian H-20 signals that China is closing the gap.

While the B-21 Raider, Russian Pak Da, and Chinese Xian H-20 are all different aircraft, they share one common goal: to provide their respective countries with a next-generation stealth bomber capability – and it’s clear that they will all play a major role in shaping the future of aerial warfare.

The B-21 would ensure U.S. air supremacy in the world

Having a bomber as modern as the B-21, before China and Russia, would give the United States a technological competitive edge in the skies.

Russia will take decades to develop the Pak Da and China is in the early stages of developing its star bomber. So, the B-21 will give the US an advantage in this arms race.