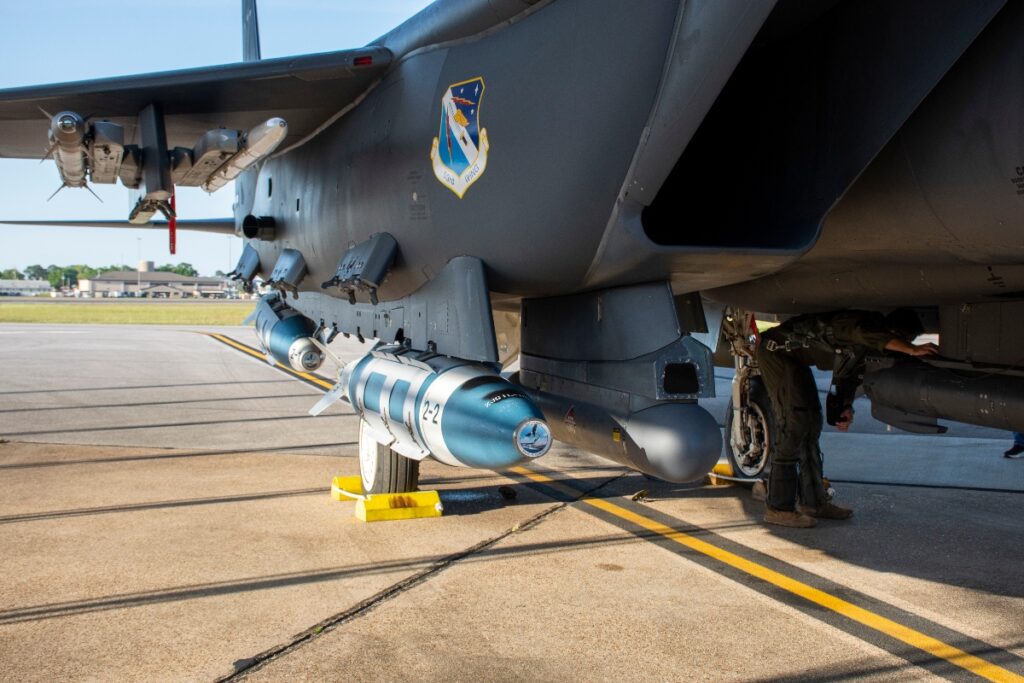 The US Air Force tested a new guided bomb that has the same devastating effect as a torpedo and can sink a ship with a single strike.

The Quicksink program is aimed at broadening the US military’s options for sinking naval targets.

While the USAF already has a wide range of precision-guided weapons and missiles that are extremely effective at sea, the Quicksink has an overall performance similar to that of heavy torpedoes such as the Mk 48 – but at a much lower cost.

Quicksink is the newest technology for sinking ships under all circumstances because these bombs are laser directed and rarely miss their target. They can be employed on moving or stationary targets with high effectiveness.

In the latest test, a ship was sunk off the coast of the Gulf of Mexico using one of these bombs.

It’s more than a modified JDAM

A JDAM is a very highly effective conventional unguided bomb (also known as “dumb bombs”) but with limited use due to their lack of precision. However, when they are equipped with the Quicksink system, they gain excellent targeting capabilities making them a much deadlier bomb.

It can sink large ships or at least cause massive structural damage that would certainly disable such vessels.

This was accomplished after years of research by the Air Force Research Laboratory (AFRL), whose technicians and engineers developed a novel weapon guidance system called WOSA (Weapon Open Systems Architecture) to increase the accuracy of JDAM bombs.

The WOSA seeker enables terminal guidance technology to be incorporated into a range of current and future weapons systems, allowing them to attack static and moving targets at sea with unprecedented accuracy at a reasonable cost.

An alternative for torpedos

Quicksink delivers an impact similar to a torpedo such as the Mk-48, greatly expanding the USAF possibilities for an attack against surface vessels.

That’s why this bomb is a low-cost and more versatile solution with the same effectiveness.

Submarines are extremely exposed when firing a torpedo due to the noise generated when firing them, revealing their location. Submarines are much more valuable than fighter planes and conventional bombs. So, employing this method to sink ships will be safer and more cost-effective.

…but it’s not a solution for all missions

Although the Quicksink is relatively inexpensive, it is also somewhat limited since it would not be suitable for striking heavily guarded warships as it puts the aircraft at risk.

However, it has a relatively short range, and to attack ships with good anti-aircraft capabilities, they would have to be targeted with torpedoes or long-range anti-ship missiles.

In any case, this new bomb was developed thinking about the possibilities of a future conflict with Russia or China. It would be necessary to sink some obsolete warships like the Soviet-made Moskva.

The ongoing development of this technology is fundamental to maintaining US technological superiority with cutting-edge cost-effective weapons.

If this program is successfully implemented, any aircraft that can carry JDAM bombs will acquire the capability to sink naval targets without relying on expensive torpedoes with similar anti-ship capabilities.