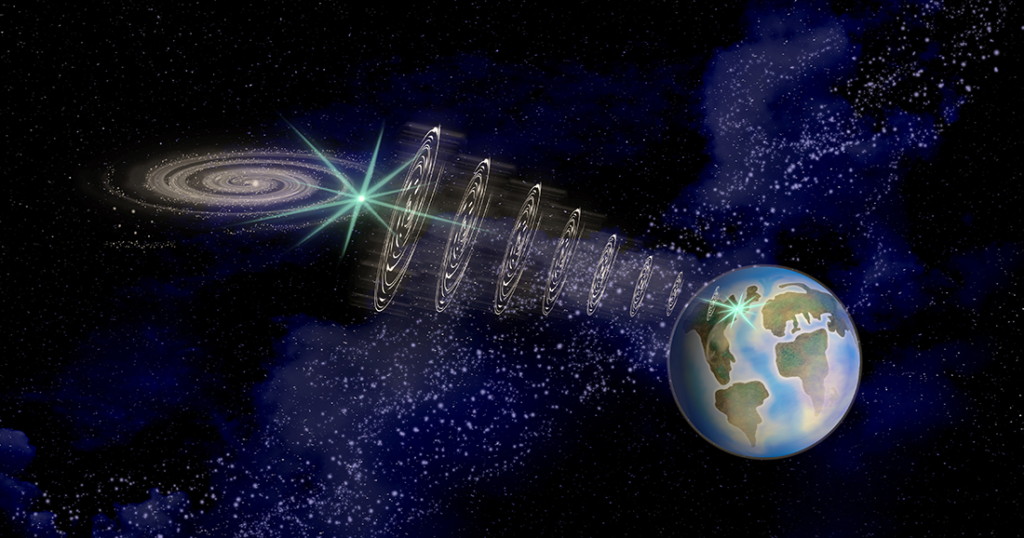 Scientists at the University of Edinburgh, led by Arjun Berera, did some math and considered it possible that an alien civilization could use quantum signals to talk to each other across galaxies, communicating at interstellar distances. Other experts in the field would be skeptical of these scientists’ claims, given how hard it has been to set up quantum links here on Earth.

On Earth, quantum communication is used for cryptography

Quantum states are fragile and tend to decohere or lose their quantum nature, making the links less stable. This is because the quantum communication links create entanglement between individual nodes and teleporting quantum states. So, aliens making quantum communication links between stars is a big step forward, when on Earth, this technology still faces challenges.

Alien hunters may think this research is valid, but skeptics need to be convinced

The Search for Extraterrestrial Intelligence (SETI) may consider adding quantum communication to its list of ways aliens could talk to each other. This means that we might need to update our technology to be able to recognize any such signals coming our way.

Skeptics don’t think that quantum information would make it through the harsh space conditions to an interstellar receiver.

To answer the questions skeptics might have, researchers from Edinburgh figured out what would happen if a quantum signal was disturbed in different ways.

Gravity is one of these disturbances, and it could cause quantum states to break apart and signals to lose their accuracy. However, scientists had figured out that a photon could travel 127 light-years before this happened. This means that a lot of stars with known exoplanets are within reach.

This parameter can be measured by taking into account a relativistic effect called “Wigner rotation,” which can change the signal phase and cause a loss of fidelity while keeping coherence the same. But the researchers point out that if the receiver knows where the signal came from, they should be able to estimate how significant this effect is and figure out what the signal’s initial phase was.

In addition to gravity, there are a few other things that could change the quantum state of a photon. Electrons, photons, hydrogen atoms, and some heavier elements are spread out in interstellar space. In our own area, these particles can also come from our Sun. But when the researchers figured out how likely a signal photon would interact with any of these, they found that the mean free path distance was farther than what could be seen in the universe. This means that no significant interaction is likely.

Photons with X-ray wavelengths have longer mean accessible paths through scattering and absorbing media like gas and dust. They are also less likely to be disrupted by large magnetic fields, which makes them suitable for quantum communication.

What do other interstellar communication experts think?

Michael Hippke, who did not participate in the study and works at Germany’s Sonneberg Observatory and is an expert on interstellar communication, seems to be impressed with the Edinburgh scientists’ research.

Hippke says the new research is “an excellent contribution to the field” because it shows that quantum photons can travel between stars without losing their coherence.

Hippke adds an opinion of his own; he thinks it is likely that other civilizations, if they exist, could communicate with quantum light.

He also says that figuring out that the X-ray part of the electromagnetic spectrum could be a carrier is important. However, any attempt to find such a signal would have to be done in space because most X-rays are absorbed by the Earth’s atmosphere.

Why might aliens choose quantum communication over other signal types?

Berera believes one possible reason aliens might choose quantum communication to make contact is that the quantum signal would indicate that the communication doesn’t come from a natural process but rather from a person or group of people.

Quantum communication is also helpful because it can send a lot of information in a signal, especially when higher-dimensional entangled states are used.

The next step before we look for quantum signals from aliens

Berera says that the next step for the team is to find out if any natural sources in astrophysics could also make coherent quantum photon states.

“It would be important to know the answer to that question before we start focusing on the quantum route to finding extraterrestrials,” he says.