Why Were Apollo Lunar Samples Sitting in Storage for 50 Years?

But why did they wait so long before analyzing the Apollo Moon samples? 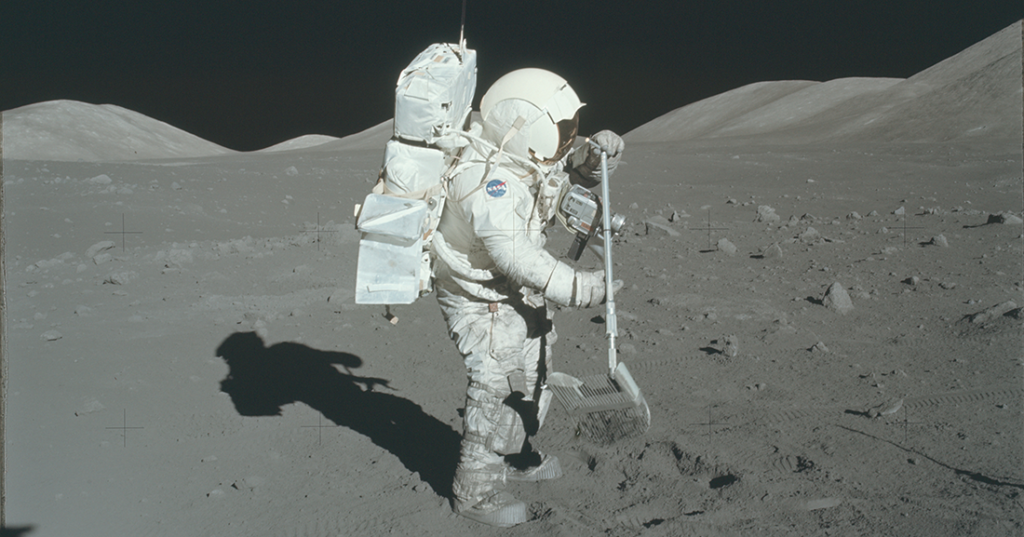 In Johnson’s lunar laboratory, there was much excitement for scientists who opened nitrogen-purged processing cabinets to obtain a sample container labeled 73001.  Sample container 73001 contains a cylindrical tube that was used to collect soil samples from the Moon by the Apollo 17 mission 50 years ago in 1972.

Scientists from Apollo Next Generation Sample Analysis Program (ANGSA) have only just in the last few days, opened the sample 73001, which is the ‘ …lower half of a double drive tube.  The upper drive tube, sample 73002, was returned from the Moon in a normal, unsealed container, which was opened in 2019.’

Researchers didn’t open the sample when the Apollo mission returned to Earth because NASA decided to keep the sample container vacuum sealed until there was better technology in the future to analyze it.  They have waited until a time that there was technology that could provide more advanced 3D and CT Scans than could be done in 1972.

NASA is using CT (computerized tomography) scanning to analyze the lunar soil samples to gather more information about what the samples can teach them about the Moon.

CT (computerized tomography) had only just been invented around 1971/72 when the Apollo Mission had collected the samples. So, it makes sense that NASA waited 50 years before opening the sample and scanning it with more advanced CT scanning technology.

Who invented the technology to analyse Moon dirt?

CT scanning has been used in the past and is also currently used for ‘detecting bone and joint problems, like complex bone fractures and tumors.’  However, CT scanning is increasingly used in soil analysis on Earth for agricultural and geological studies. Depending on what source you read, CT scans were only invented in 1971 or 1972 by Godfrey Hounsfield and Allan Cormack. October 1971 was the first recorded event of a CT scan being professionally used on a patient at Atkinson Morley’s Hospital in London.

However, NASA on their website claims that CT technology was developed by them ‘for the Apollo lunar landing program has come full circle—launched to the moon and then finding a home back here on Earth—advancing the art of computer imaging inspection.’

NASA on their website that lists spin off technologies created as a result of their mission research, claim that the digital processing technology of CT / CT Scans were developed by NASA.

NASA doesn’t give any credit to Godfrey Hounsfield, the widely accepted inventor of CT Scans, the technology used to analyze lunar dirt. Interestingly, CT scanning technology was also developed in 1971 independently of NASA by Godfrey Hounsfield, who volunteered for the UK Royal Air Force and became a radar-mechanic instructor.

What can we learn from Moon dirt?

Scientists are analysing the samples for deposits that they call volatiles. Volatiles are found on the Moon’s South Pole. Volatiles are made from substances that evaporate at normal temperatures. Volatiles can give scientists clues about where water has come from, e.g. asteroids, comets, solar wind.

Last month the ANGSA team carefully opened the vacuum pack containing the tube, trying to catch lunar gases that had built up; the resulting gases were sent for further chemical analysis.

The soil samples from 73001 are being carefully inspected behind a glovebox so that nothing can contaminate them. It is described as a grueling workout by scientists who meticulously analyze samples using gloves in a glove box.  Scientist Gross who is delighted to be amongst the first people to see this lunar soil feels like a kid in the candy store.

Analyzing these soil samples will help influence how future tools are designed for the Artemis mission.  NASA has made improvements since Apollo 11 and Apollo 17, so the scientists didn’t have to start their observation techniques from scratch.