Astronomers Are Annoyed by SpaceX Starlink For This Reason

The density of space junk peaks around 620 miles up, in the middle of so-called low-Earth orbit. That's bad, because many weather, scientific, and reconnaissance satellites circle in various low-Earth orbits. Sam Kean, astronomer 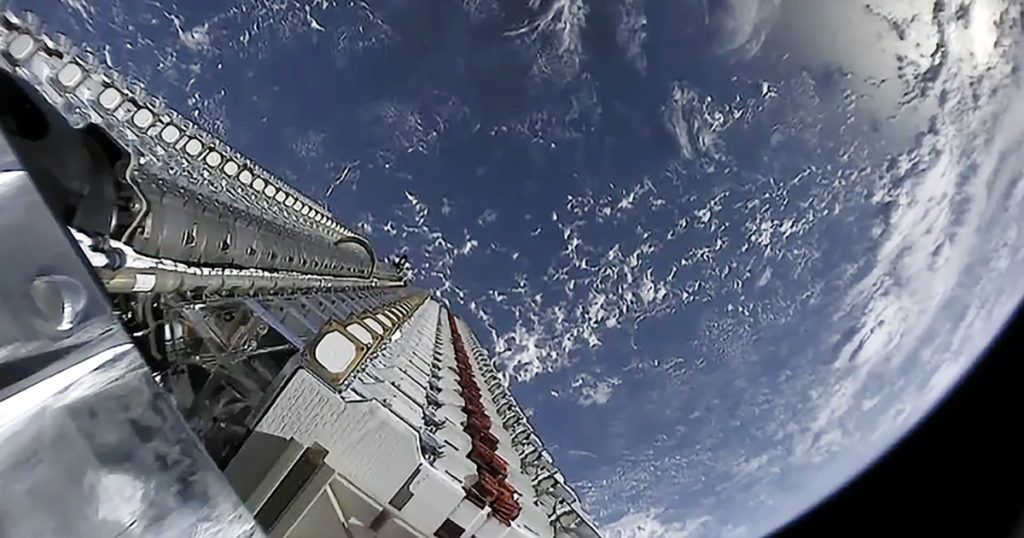 There are many factors an astrophotographer must contend with to create a good image. Astrophotography is one of the most complex professions. It requires a lot of precision.  Astro-photographers have to learn how to work around atmospheric turbulence, unavoidable shaking of the telescope, how different sensors in digital cameras affect the variation of brightness or color in images, diffraction of light, and the work is very time sensitive.

Now astrophotographers face increasing problems from satellites which can ‘reflect sunlight and appear as bright streaks.’

‘These streaks interfere with astronomical observations, including studies of fundamental physics and cosmology, planets beyond the Solar System and asteroids that threaten Earth.’,  explains Sam Tabahriti.

It isn’t just amateur astronomers affected by reflections from satellites; even large-scale observatory projects are beginning to struggle with the increase of satellites in space.

The potential impact of satellites on ground-based observations

The Zwicky Transient Facility (ZWT) at the Palomar Observatory in California have reported that astronomy images taken during twilight are increasingly becoming corrupted by streaks.

In 2019 less than 0.5% of the ZWT astronomical survey’s images were corrupted; in August 2021, the researchers observed 18% of their images taken during twilight were corrupted.

The researchers at ZWT blame the deployment of SpaceX satellites as the cause of streaks corrupting images. SpaceX ‘has already launched more than 650 of a planned 12,000 Starlink satellites’.

The scientists estimate that as soon as 10,000 Starlink satellites are deployed, all ZTF images taken during twilight will become corrupted.

Olivier Hainaut, who works for the European Southern Observatory (ESO), isn’t as concerned about the impact of satellites as ZWT. Hainaut advises, “Normally, we don’t do long exposures during twilight… We are pretty sure it won’t be a problem for us.”  Hainaut considers that even if 27,000 new satellites are launched, ‘ESO’s telescopes in Chile would lose about 0.8% of their long-exposure observing time near dusk and dawn.’

While Olivier Hainaut working for ESO, may have a relaxed attitude about the potential impact of thousands of satellites, other astronomers working on different projects do not share his view.  Tyson, an astronomer at the University of California, Davis, and the LSST’s chief scientist, is concerned. The Large Synoptic Survey Telescope (LSST) used to study dark matter, dark energy, asteroids, and other phenomena could be affected substantially. It has such a wide field of view that it will capture satellites trailing across the sky.

Tony Beasley, director of the US National Radio Astronomy Observatory, indicates that Radio astronomers who the increase of satellites will most impact. Radio astronomers observe the Universe in wavelengths of light used for satellite communications. ‘As satellites communicate with ground stations, their signals could interfere with radio-astronomy observations, rendering the astronomy data useless.’

There is no disputing that the increase of satellites has already been negatively affecting ground-based observations to some extent and may further disrupt other projects to a greater or lesser degree.

Unavoidable damage to ground based astronomy

Connie Walker, an astronomer at NOIRLab (a federally funded research and development center for ground-based , night-time optical and infrared astronomy), says “The only way to avoid any impact on ground-based visible-light and infrared telescopes would be to launch zero satellites.”

Unfortunately for ground-based astronomy, it doesn’t look like the trend of launching satellites will slow. Sam Tabahriti writing for businessinsider.com, says that there will be ‘Tens of thousands of satellites, which will provide broadband Internet to people around the globe, are expected to soar into space in the coming years.’

Although SpaceX’s satellites have been the subject of blame for interfering with Zwicky Transient Facility’s images,  SpaceX isn’t the only company planning to launch satellites.

It is estimated from government filing records that the US government has received applications from other companies for up to 50,000 satellites. Amazon has received US-government approval to launch 3,236 satellites.   More companies in other countries are also planning to launch satellites; OneWeb based in the UK has recently launched ’74 of what it hopes will be a gigantic fleet of 48,000 satellites.  China also plans to send 13,000 satellites in space – a ‘mega constellation‘ – that will encircle the Earth in the lower orbit‘  to strengthen its communication systems and 5G network on the ground.

Asteroids and other space phenomena

Eric Bellm, a University of Washington astronomer, has told the Wall Street Journal that streaks shouldn’t comprise images used for research purposes. Still, they could complicate efforts to detect potentially hazardous asteroids. However, NOIRLab and the American Astronomical Society think research will be affected.

A technical document from the American Astronomical Society and NOIRLab called the ‘Impact of Satellite Constellations on Optical Astronomy and Recommendations Toward Mitigations‘ predicts “Some phenomena will surely go undiscovered as a result of significant interference,”

In the meantime, any astronomers who don’t want their astrophotography images photo bombed by satellites are advised to work out the itinerary times of satellites to avoid having them in their photographs.

Astronomers can also petition satellite operators such as SpaceX, OneWeb, and Amazon. They have all been in talks with astronomers and suggest that they develop less-reflective satellites or paint their satellites black.

SpaceX has advised that they are “taking steps to make the base of Starlink satellites black to help mitigate impacts on the astronomy community.” Still, it is not known whether upcoming launches will involve darkened Starlinks.