Why should we be more fearful of asteroids obscured by the sun than those hiding in the shadows of the darkest space? 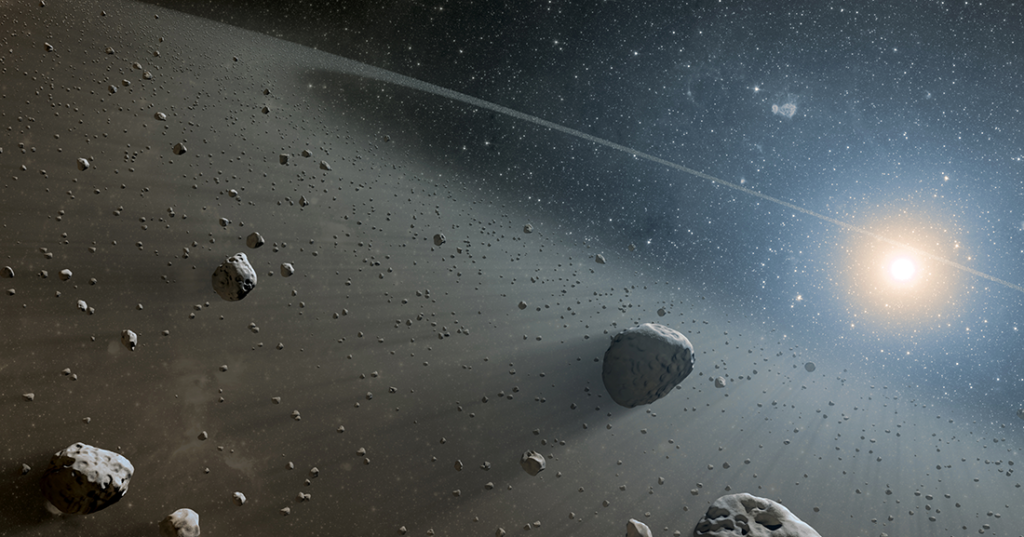 Just when you might have thought that space agency warnings about asteroids had a handle on near-Earth objects that could cause extinction level and city-killing events, a team of astronomers has published research showing that we don’t even know half of the near-Earth objects (NEO) that have city killing potential.

Astronomers have previously failed to pick up on these hazardous near-Earth objects because the sun’s rays obscure our views of them.

We may have thought that projects like Bill Gray’s Project Pluto software, which tracks objects close to Earth, and radio listening telescopes, which use radio signals and aren’t affected by the sun’s glare, had a good handle on everything in space in Earth’s orbit, but this is not the case.

Should we even be surprised by the historically inadequate tracking of asteroids when in recent news, space agencies couldn’t agree whose spent rocket was about to hit the Moon as space junk?

The latest asteroid research carried out by the ZTF team

In a recent article by Jamie Carter, writing for space.com, he discusses the research of Scott Sheppard and George Helou, astronomers who are members of the Carnegie Institution for Science ZTF team.

The Zwicky Transient Facility (ZTF) is a joint effort between the public and private sectors to study the night sky systematically. ZTF scans the Northern sky every two days with a wide field of view camera. With the extensive area survey results, astronomers can study a wide range of time-domain science, from asteroids close to Earth to distant superluminous supernovae. ZTF is paid for by the US National Science Foundation and a group of universities and institutions from around the world.

Carter’s article explores the research into asteroids carried out by the ZTF team (led by Sheppard), which was first published in the journal Science. This research focuses on two types of telescope that can be used during twilight to find never seen before asteroids that could potentially cause a ‘city-killer’ impact.

In accordance with the definition of a “possibly hazardous asteroid,” Sheppard’s team has already located the mid-sized asteroid 2022 AP7, whose orbit overlaps that of the Earth. The search continues for others, though. Sheppard asserts that the main reason we haven’t found all the “city-killers” is that we haven’t been looking at the sky with the same intensity over a long period of time to be able to find them.

If there is an object orbiting near the Earth that has the potential to make most life extinct, astronauts are likely to know about it. Over the last 30 years, astronauts have used models and surveys, and it is estimated that more than 90% of “planet-killer” Near-Earth Objects (NEOs) have been found. However, astronauts are less confident about their ability to track nearly 50% of near-Earth objects which are over 460 feet (140 meters) in size that could bring destruction to an entire city.

Sheppard’s team uses DECam and ZTF telescopes at twilight, which have made it easier to see asteroids hidden by the sun’s glare.

Sheppard asserts that probably half of the asteroids that could kill cities are hidden from view. Sheppard and his team are using new observational techniques during 10 minutes of twilight to find and observe asteroids in more detail than astronomers have ever been able to do before. Their methods differ from the systematic way space has been observed over the last 30 years.

Asteroids not visible to the naked eye can be seen using special telescopes at twilight. Sheppard said, “There are going to be more that are either close to the sun and hard to see, or in orbits that overlap with Earth and make them hard to find with a normal survey.” The strange orbits of some asteroids mean that you can only see them at dusk.

The critical points of the findings are below.

Why look for asteroids in twilight?

Carter’s article discusses how astronomers can now find asteroids by looking at them during twilight when they are not as bright. It is interesting because it gives an insight into how asteroid hunting works.

The new “twilight telescope” surveys are yielding some amazing discoveries, including the first asteroid with an orbit interior to Venus and one with the shortest-known orbital period around the sun. These discoveries underscore the importance of exploration and continued asteroid surveillance to identify and track potentially hazardous asteroids.

Sheppard’s team has already identified a potential “city-killer” asteroid, 2022 AP7, whose orbit crosses that of Earth. But others, in all likelihood, remain to be found.

‘Aylóchaxnim’ is another near-Earth asteroid discovered by the radial velocity method. It is in the same orbit as Venus but farther from the sun. ‘Aylóchaxnim‘ was discovered on Jan. 4, 2020, when both ‘Aylóchaxnim and Venus were in the evening sky over Palomar Mountain.

Using their findings, the team has begun to label and classify different types of asteroid findings.

Other categories of near-Earth asteroids are much more difficult to find, like:

Now that even more asteroids are a possible threat, scientists are in earnest trying to find more effective ways to track them. This process starts with classifying and naming them.