Bees may be known as pollinators and honey producers, but a recent study on their intelligence showed that they are much more than just busy workers. 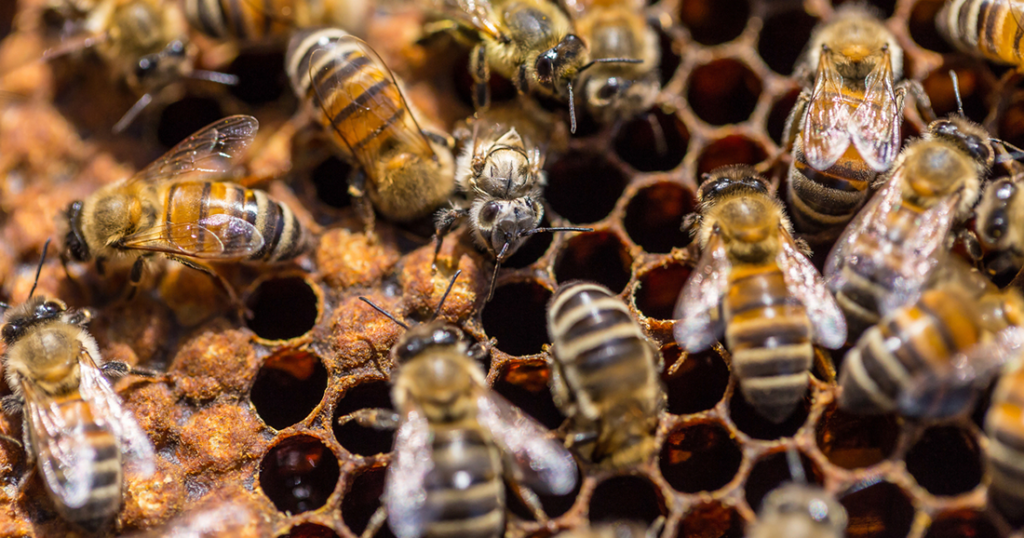 Bees are busy insects. They are good for biodiversity and crops. Evidence also emerges that they are sentient, clever, and unique beings. They were dreaded by Winnie the Pooh, praised by Shakespeare, revered by the ancient Egyptians, and most recently battled by Rowan Atkinson in the Netflix sensation movie “Man vs. Bee.” Love them or hate them. You might be shocked to learn how much bees know.

According to Lars Chittka, professor of sensory and behavioral ecology at Queen Mary University of London, “we now have indicative evidence that some level of conscious awareness, sentience, and emotional-like states exist in bees.”

What the research showed

Chittka has been researching bees for 30 years and is described as one of the world’s leading scientists on their sensory and cognitive systems. In his recent book, “The Mind of a Bee,” published on 19 July, Chittka argues that bees require our protection. This is because they are helpful for biodiversity and crop pollination and may be sentient beings. As such, we humans have an ethical obligation to ensure their survival.

Bees are extremely intelligent animals, as shown by our research and those of other labs. They are able to count, identify faces in photographs, use simple tools, and comprehend abstract ideas.

He believes that bees are emotional, can plan and imagine things, and can recognize themselves as distinct individuals from other bees. He derives these results from his laboratory studies with female worker bees.

“When a bee correctly completes a task, she earns sugar.” For example, that’s how we teach them to recognize human faces. In this study, bees are shown many monochrome photographs of human faces and trained to recognize the one corresponding to a sugar reward. “Then, without offering the bees any rewards, we ask that they select a face from a variety.”

They were able to become “proficient face recognizers” in just a few dozens of training sessions, he claimed. As part of the counting experiment, the bees were trained to fly through three identical landmarks to a food source. “When we found that the bees often flew to a point, we decided to either lower or raise the number of markers over the same distance. They chose to settle earlier than usual when the markers or landmarks were placed near together. The opposite was true when the markers were farther apart. They, therefore, relied on the abundance of markers to signal that they should land here after having flown a sufficient distance.”

He was confident that the bees weren’t picking out a specific location when determining how far to go because the landmarks were all the same. “We had to estimate how many landmarks were there to figure out the answers.”

They have the ability to visualize

The bees were also able to visualize how things would seem or feel. For instance, they could recognize a sphere visually that they had previously only felt in the dark, and the opposite was also true. Additionally, they could comprehend abstract ideas like “same” and “different.”

Chittka started to understand some individuals were more inquisitive and self-assured than others. “There are times where a “genius bee” performs better than all the other bees in the colony in an activity or possibly all the other bees we’ve ever seen.”

As a result, “once you train a single individual in the colony, the talent spreads fast to all the bees” (he determined that bees learn best by watching other bees successfully accomplish a job). But when Chittka trained a “demonstrator bee” to perform a task in a less-than-ideal manner, the “observer bee” would not just mimic the demonstrator and replicate the action she had observed but would instead spontaneously improve her technique to complete the task more quickly “without any kind of trial and error.”

This demonstrates that a bee has “a form of thought” inside of her head in addition to having “intentionality” or understanding of the desired result of her actions. Instead of merely testing things out, “it’s an internal modeling of how will I arrive at the intended outcome?” He started to wonder if these intelligent beings had feelings. In one experiment, bees that landed on a flower were subjected to a mock crab spider attack. After that, “their entire demeanor was altered.” They generally became very hesitant to settle on flowers and carefully examined each before doing so.

They displayed this fearful behavior for days after being attacked and occasionally acted “as if they were seeing ghosts.” In other words, they looked at a flower and rejected it even though they didn’t see any spiders.

They acted in a way that suggested some form of post-traumatic stress disorder. They appeared rigid and exhibited these odd psychological reactions in the absence of any predatory threat, rejecting perfectly good flowers. They would inspect the blooms before departing.” They would examine the blooms and then take off. This gave us the impression that a negative sentiment was present.

Before determining whether or not the bees would bother inspecting an ambiguous flower, he decided to reverse the experiment and offered them a small treat instead—one they had been trained to perceive may or may not be worth landing on. Because of the reward, participants were more likely to accept the ambiguous stimuli without hesitation.

Possibility that they are sentient is high

Dr. Jonathan Birch, at the London School of Economics and who is in charge of research on animal awareness, stated, “In my opinion, the possibility that bees are sentient is higher than not.”

He asserted that further evidence is necessary but that academics had never even tried to discuss insects in the past. “And they’ve already begun.” He believes it is unlikely that bees do not have emotions, considering the level of complex cognition they display. He claims that “the capacity to feel lies at the heart of sensibility.” And the evidence we are now seeing suggests that bees exhibit these emotional-like states.”

Chittka believes bees to be sentient entities and is “quite sure” of this. We are putting them in situations where they have never been in their evolutionary history. They are also resolving them.