Why Does Your Eccentric Uncle Believe in Conspiracy Theories? He’s Probably a Narcissist Study Finds

Experts estimate that up to 5% of people have a narcissistic personality disorder. 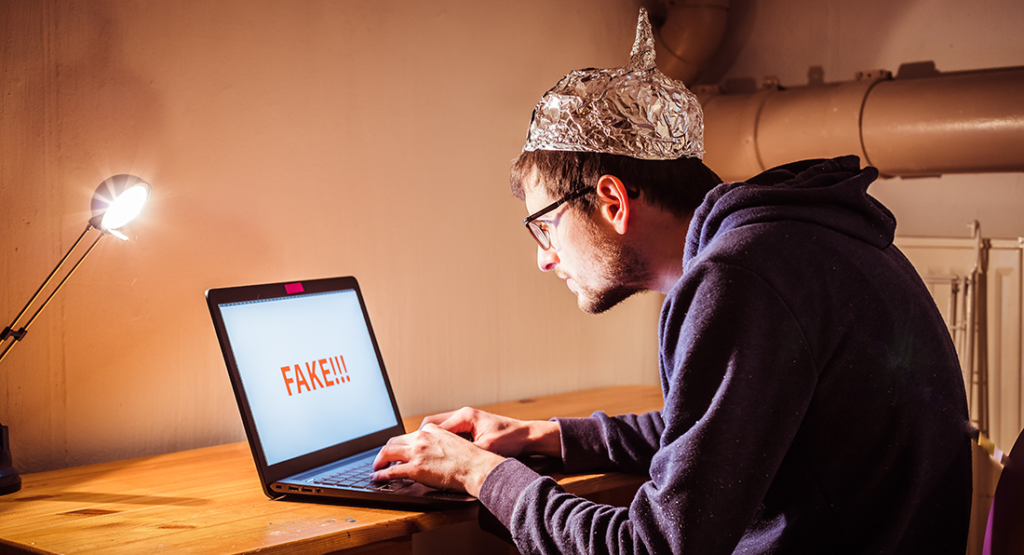 A recent paper by Cichocka and colleagues from the Polish Academy of Sciences and the universities of Kent and Cambridge dwells into why narcissists are drawn to conspiracy theories. The paper is scheduled to be published in the October issue of Current Opinion in Psychology.

What are conspiracy theories?

A conspiracy theory, however, is an idea that a group of people is working together in secret to accomplish evil goals. It is an alternate explanation in which the underlying reason for a major socio-political event is attributed to secret and malicious machinations orchestrated by ostensibly powerful agents or groups.

What does narcissism mean?

Narcissism refers to ostentatious self-regard. It is linked with jealous tendencies, feelings of superiority and arrogance, a sense of entitlement, self-promotional activity, manipulativeness, and aggressive behavior toward rivals.

They also suggest that each of the components of narcissism might predispose people to endorse conspiracy theories due to different psychological processes.

The link between narcissism and conspiracy beliefs

According to Cichocka et al., narcissism is one of the best psychological predictors of conspiracy beliefs, with meta-analytic effects ranging from r = 0.22 to r = 0.26.

Narcissists frequently believe that people are “out to get them.” Maybe these paranoid impressions of threats to oneself are what lead people to believe in conspiracies and societal threats.

Compared to the average person, narcissists and people with other dark personality traits, such as Machiavellianism and psychopathy, tend to have higher levels of paranoia. (Paranoia is the demand for power, the desire for uniqueness, and the capacity for gullibility.)

Belief in conspiracies is also linked to the desire for dominance and control as well as the fear of losing. After all, scapegoating others is simpler than admitting failure to people who have a strong need for control and dominance.

The desire for uniqueness, which is frequently linked to the agentic extraversion component of grandiose narcissism, may also make someone more likely to believe in conspiracies. Why? The ability to see through the “smoke screens that cover the incredible truth” could provide narcissists a “feeling of being exceptional, and of being one of the few individuals who perceive the truth.”

Despite their arrogance, narcissists can be incredibly gullible and naive. This might be partially explained by their propensity to act on instinct rather than reason.

Narcissists frequently hold strange and outlandish ideas, such as believing in astrology or conspiracy theories, which may also be explained by an overreliance on intuition and gut sensations.

The authors claim that the connection between collective narcissism and conspiracy theories can be explained by the fact that group narcissists have increased intergroup danger sensitivity, which is similar to the threat sensitivity and paranoia of individual narcissists.

Additionally, those who believe their nation or group deserves special treatment may feel compelled to downplay any shortcomings on a national level and attribute them to external forces (such as other nations) that are working against them.

Furthermore, the desire to restore personal control strengthens the connection between collective narcissism and outgroup conspiracy views, echoing the role of control and dominance objectives in individual narcissism.”

Why is the interest in conspiracies among narcissists so alarming?

Narcissists are more successful than the typical individual at achieving positions of power, including becoming elected leaders. Even narcissistic children have been seen to exhibit this tendency. Political leaders, particularly autocrats and populists, tend to have high narcissism levels.

Additionally, narcissistic political figures are more likely to spread conspiracies, particularly when they see their hold on power to be eroding.

Naturally, it has more impact when influential leaders attribute their shortcomings or misfortunes to a group of conspirators. Why? Because narcissistic leaders can seriously hurt society by spreading conspiracy theories, whether it be by discouraging political participation, pushing harmful ideas and actions (like the anti-vaccination movement), inciting prejudice, or inciting violent acts.

As we have seen, conspiracy theories appeal to narcissists for reasons that may be connected to:

So what’s the other option? Accepting everything that is said? No, there is a neutral position. To approach conspiracy theories and official explanations of significant events with the same level of suspicion, we must strive for healthy skepticism.

Conspiracy theorists don’t behave in this way because, according to research, they “have less developed critical thinking skills.”