Do you love coffee? Check out these amazing effects that coffee and other hot drinks have on your body! 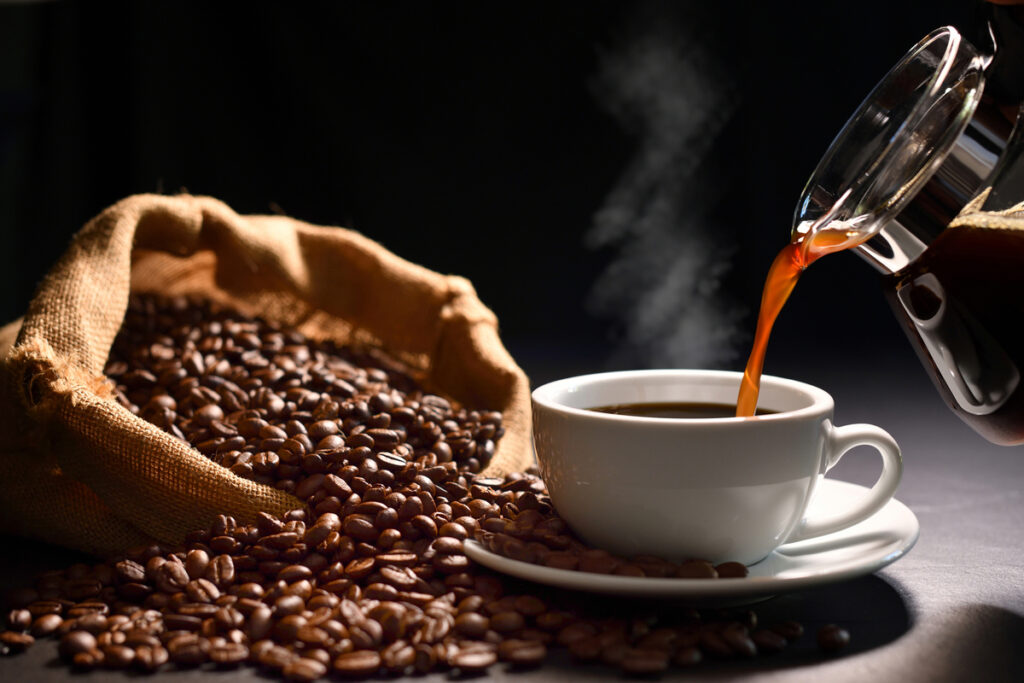 Coffee is currently the world’s third most popular beverage after tea and water. According to a recent survey, people across the globe consume more or less 2.5 billion cups of coffee daily. It is a clear indication that this dark beverage is popular and in demand. Coffee’s effects may seem magical, but a lot is going on in your body when you take coffee or other hot drinks. Whether you just like the flavor, drink it out of habit or genuinely rely on it for energy, it’s no secret that coffee has magical powers. Similarly, if you’re among the many millions who prefer other hot drinks, have you ever thought about the fantastic effects Coffee and those other hot drinks have on your body after you gulp down your morning mug?

“Coffee contains polyphenols and phytonutrients, plant-derived chemical compounds with antioxidant properties,” said Dana Hunnes, Ph.D., M.P.H., R.D., senior dietician at UCLA Medical Center. “But, for the most part, caffeine is the nutrient in coffee that people are most aware of, and it is the best-studied.”

Caffeine is a significant constituent of coffee. When you gulp a cup of coffee, the caffeine in it enters your bloodstream and quickly travels to your brain, acting as a stimulant to increase your alertness and energy levels.

“The chemical swiftly enters your bloodstream,” Hunnes explains. “It can start functioning in as little as 10 minutes after consumption.”

Caffeine binds to the brain’s adenosine receptors. Adenosine is a depressant for the neurological system. It reduces arousal and induces sleep when it is present in the body. When caffeine enters and binds to the receptors, adenosine’s effects are lowered, and you become aroused. The increased brain activity results in the production of adrenaline, which gives you that tremendous burst of energy and the alertness associated with a cup of coffee in the morning. Taking coffee has also been linked to improved memory function.

Coffee impacts our pleasure centers, improving our mood and keeping us hooked.

“Caffeine can help you become more aware and reactive, but it can also help you perk up and impact your mood,” Salas explains. Caffeine in coffee, like most medications, raises dopamine levels in our brains, which makes us feel happy. This has the potential to lift your spirits and increase your happiness.

One of the effects that people experience drinking coffee and other hot drinks is that it keeps you alert and focused, especially at work. When you drink this wonderful beverage daily, it won’t only keep your mind attentive but also increase clear thinking. Caffeine in coffee can also improve your alertness after sleep deprivation. Medical research showed that older people who have made it a habit of drinking an average of 3 cups of coffee daily during their lifetime have a lesser memory decline compared to individuals who don’t drink coffee at all. There is also emerging evidence that consuming more coffee over a lifetime may improve cognitive abilities in women over the age of 80. Similarly, drinking coffee can help boost the thinking speed in healthy adults. So, drinking coffee reduces the risk of developing Alzheimer’s disease and also helps to keep your memories sharp.

Alzheimer’s disease or dementia interfere with thinking. Medical research conducted in 2009 has proven that people drinking at least 3 cups of coffee daily or other hot drinks during their midlife have a lower risk of developing dementia and Alzheimer’s disease in their later years. According to the study, caffeine is responsible for reducing the number of protein beta-amyloid on our brains (a peptide that triggers Alzheimer’s disease).

Prevents the Development of Cancer Cells

Coffee has long been associated with developing cancers in our body, but some studies have proved this notion wrong. Another medical research has revealed that the antioxidants found in coffee are more than enough to prevent the development of cancer types, including endometrial cancer and kidney cancer. There’s also evidence that those who drink more Coffee in Japan had a lower risk of colon or rectal cancer. However, research in Europe and North America has revealed no link between coffee consumption and the incidence of colon and rectal cancer. More coffee intake appears to lower the chance of death in persons with colon or rectal cancer.

Increases bowel movements and may even lower the risk of gallstones.

Have you ever noticed that you really need to go to the bathroom after a cup of coffee? Caffeine, according to experts, activates the colonic muscles directly, causing bowel motions. Furthermore, if you drink it hot, the warm liquid can help calm the colon and reduce fast muscular spasms, thereby enhancing the laxative impact. Gallbladder muscles, in particular, are activated, promoting emptying and reducing gallstones’ likelihood.

Coffee can aid weight loss by suppressing your hunger and increasing your calorie burn, but it’s not a miraculous weight-loss pill. It may enhance thermogenesis or the process by which our bodies generate heat, allowing us to burn more calories. However, according to the Mayo Clinic, there isn’t much evidence that these effects are large enough to result in long-term or considerable weight loss. Although black coffee is a low-calorie option, consuming it for the purported weight-loss benefits is unlikely to produce any apparent results.

A hot drink can help you cool down, but only in certain conditions. “Drinking a hot drink can result in a lesser heat quantity being retained inside your body, provided the additional sweat produced when you drink the hot drink can dissipate,” says Ollie Jay, a researcher at the University of Ottawa’s School of Human Kinetics.

“What we discovered is that when you take a hot drink, you actually have a considerable increase in the amount of sweat you release,” Jay explains. “Yes, the hot drink is hotter than the body temperature. You’re adding heat to the body, but the amount with which you increase your sweating—assuming it all evaporates – can compensate for the added heat to the body from the fluid.”

The restriction is that all of the extra sweat generated from the hot drink must evaporate for it to have a cooling impact.

“Drinking a hot drink on a really scorching and humid day is a bad thing, particularly if you wear a lot of clothing, or you are sweating so much that it does not evaporate off the skin’s surface,” Jay adds. “A hot drink still adds a little heat to the body. So if sweating won’t help with evaporation, then go for a cold drink.”

Professor Peter McNaughton, a neuroscientist at the University of Cambridge, stated that “consuming hot beverages, such as tea or hot water, will raise your core body temperature.” It will make you sweat at an increased rate.

When you’re feeling bothered and hot, instead of going for an ice-cold soft drink or artificially-sweetened juice, McNaughton recommends “a decent cup of hot drink, since it won’t have any other impacts on your body.”

With the above-mentioned amazing effects, you can see that drinking coffee and other hot drinks has never been bad for our health; it’s actually the other way around! Now that you are aware of the many benefits of coffee, make sure to drink coffee every day. And if you are just too busy to finish your cup, you can always take it with you using an insulated stainless steel water bottle.