Losing money sucks, but nothing is worse than being a billionaire and suddenly going completely broke, that’s what happened to Bill Hwang! 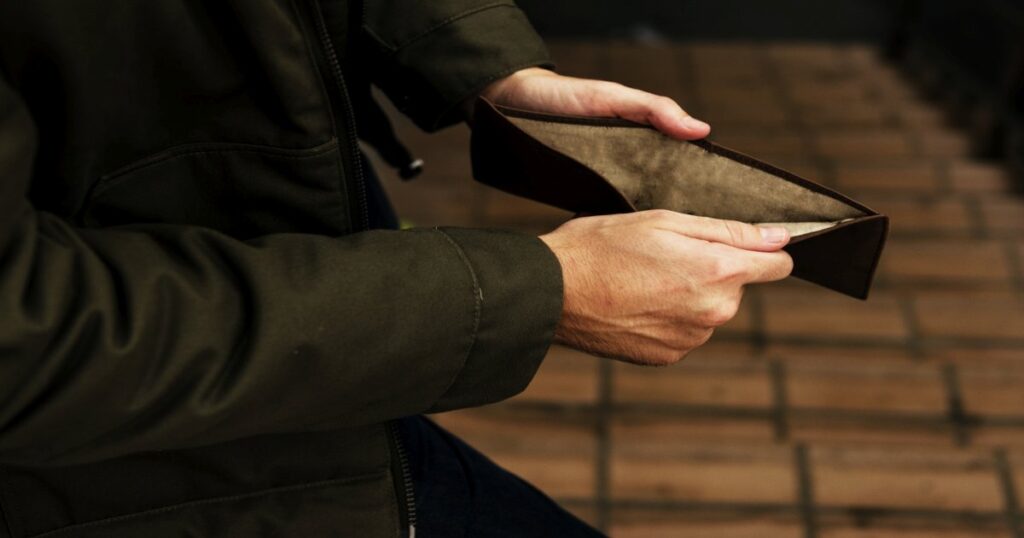 Bill Hwang had it all. He was worth billions and billions of dollars. Then, with one wrong move, it was all gone in a matter of days. Hwang actually lost so much money that the impact was felt around the planet.

Hwang was an immigrant from South Korea, and at the age of 57, a billionaire. Some estimate that at his height Hwang was worth as much as 30 billion dollars.

Bill Hwang started his career in investing at one of the most lucrative hedge fund companies of all time, Tiger Management. This is where he started to first make his fortune.

Hwang was not your typical greedy Wall Street shark. Instead, he donated millions of dollars every year to charities, spending time with his family, and worked hard. That was Bill Hwang’s life, and to him, all that mattered. He also provided funds for an organization called Liberty in North Korea, which helps North Koreans escape the oppressive regime and restart their lives.

Strategy that made Bill Hwang worth billions

His strategy for investing was developed while working at Tiger Management. Hwang eventually was put in charge of a part of the company called Tiger Asia where he would invest in Asian stocks. He focused his attention on Korean, Japanese, and Chinese companies that made their profits within their own countries instead of in the world market.

Having the financial assets of Tiger Management behind him allowed Hwang to invest millions and millions of dollars into a few companies, thereby pretty much controlling the stock prices of these assets.

If he wanted to raise the prices of the socks he could buy up millions of dollars worth of shares, if he wanted to lower the price he could dump the shares that had been purchased. This is a dangerous game to play since if the market does something unexpected, and your money is in the wrong place at the wrong time, you could lose it all.

A red flag for what was to come should have been seen within Tiger Asia itself. Hwang would refuse to divulge what companies he was investing in, and how much money he had in each, to his own analysts. This secrecy would be a common theme in Hwang’s investment strategy and would be one of the things that led to him losing billions of dollars.

Hwang loved to use the strategy of short-selling stocks. This is when you borrow a company’s stock at one price and sell it just before the price of that stock is expected to drop. Then you wait until the stock price drops, buy it back, and return it to the company that lent it to you thereby pocketing the profits of the initial sale. Basically, you are betting that the stock you borrowed will decrease in value, which seems like a counter-intuitive way to invest, but it can make someone very rich if done right.

Unfortunately, this can be a dangerous game. While at Tiger Asia Hwang invested millions of dollars into Volkswagen AG predicting that he could short the stock. But then something unexpected happened. Speculation into a future takeover by Volkswagen sent the stock soaring instead of decreasing. Before Hwang could sell the stocks he borrowed back to Volkswagen, he had lost 23% of his invested money.

This led to investors in Tiger Management to be furious as they all lost money on Hwang’s bet. In fact, he wasn’t even supposed to be investing in European companies since his portfolio was based in Asia.

And this wouldn’t be the last time Hwang overstepped and was scrutinized for it. Although shorting a stock is not illegal, what he did next was.

In 2012 the U.S. Securities and Exchange Commission charged Tiger Asia, and more specifically Bill Hwang, with insider trading and manipulation of two Chinese bank stocks. Supposedly Hwang had received confidential financial information and used it to set up a position in which he made massive amounts of money.

Eventually, Hwang settled the case without admitting any wrongdoing, but Tiger Asia as a whole pleaded guilty. The fines on the company were more than 60 million dollars. The surprising thing was that Hwang wasn’t too worried about it. In fact, when Tiger Asia finally closed that year, Hwang would be worth tens of millions of dollars.

After the close, he started a new company and reinvested. This is how Bill Hwang would become a billionaire- until he lost it all.

How did Bill Hwang make his big fortune then?

In 2013 Hwang started Archegos using his own money. This new investment company was considered a family office. He did this for a couple of reasons. First and foremost by being a family office instead of a hedge fund or a large corporation, he was able to stay anonymous, and was not held to the same regulatory scrutiny as the Wall Street companies. This basically meant he could do whatever he wanted, as long as it did not draw attention to himself.

The only problem was that Hwang’s whole strategy was to leverage stocks by investing large sums of money and influencing certain aspects of the market. Although this had gotten him into trouble at Tiger Asia a couple of times, it had also made him incredibly rich. Unfortunately, buying stocks under a single alias would raise red flags and draw attention to Archegos.

So, Hwang found a way around this problem by using a method called swap agreements. This meant he would pay a bank or financial institution to give him exposure to a stock through their own company. This allowed Hwang to buy the large number of stocks he needed, but on the filings, it would show up as the bank who bought them, not Hwang himself.

Started using banks as a way of hiding

And Hwang took it a step further by having swap agreements with multiple different banks. He did this so he could borrow more money and invest in even more stocks. But he did not disclose any of this information to the banks themselves. The scary part is that he didn’t actually have to disclose this information. There is no law requiring family offices to be transparent in their practices.

By using multiple different banks, and the swap agreements, Hwang was able to remain anonymous while owning huge amounts of shares in different companies. The other thing that a family office allowed him to do was to buy large numbers of stocks with borrowed money. Individuals can only use 50% of borrowed money to invest in securities, however, family offices are not held to the same restrictions.

The practices Hwang implemented at Archegos allowed him to invest and hold huge positions in companies without anyone realizing that the shares were owned by a single investor. Hwang bought up stocks like Amazon, LinkedIn—which was later acquired by Microsoft, and Netflix. All of these stocks would make Hwang incredible amounts of money.

In 2017 Archegos was worth around 4 billion dollars. Hwang’s aggressive way of buying a lot of stocks in only a few companies made him very rich, but was also very dangerous. Most investment firms will always keep a large portion of their capital in long term, or relatively safe, stocks. They do this just in case something goes wrong. But Hwang did not follow this practice, and continued to invest heavily in stocks that could become volatile at any moment.

Bill Hwang the beginning of a lost fortune

It is not entirely clear why, but Hwang started to move his positions around, and shifted from owning stocks in tech companies to buying up stocks in media conglomerates such as ViacomCBS. He also did the same thing with his stocks in China.

In 2020 things were still looking up for Hwang as even with the shift into media, his stocks gained somewhere around 70% in profits. His 4 billion dollars in 2017 was now closer to 30 billion dollars. Bill Hwang was a billionaire many times over in the fourth quarter of 2020.

Then in March of 2021 everything began to fall apart. The media companies that Hwang had invested in could not keep up with the tech streaming services such as Apple TV and Disney +. ViacomCBS stock had been inflated by Hwang’s investments and had tripled its value in just four months. Now, however, the company was announcing it needed to sell 3 billion dollars in stocks to pay off its debt. This caused the stock to tank.

Everyone who was in business with Bill Hwang started panicking

All of the banks who had lent Hwang money to invest were now hemorrhaging, and begged him to sell his media stocks at a loss. He would still be incredibly wealthy, and by no means in jeopardy of going bankrupt, but Hwang wanted time to assess the situation. Unfortunately, things were moving too fast, and money was being lost at an astonishing rate.

He had a considerable buffer in place in case something like this happened, but since he had borrowed roughly 85 million dollars for every 20 million he had in the capital, the banks began to panic. If everyone had waited to sell their assets, and the stocks rebounded, Hwang and the banks would be fine and recoup their initial losses.

But in order for this to work, the banks needed to hold onto their Archegos holdings. Unfortunately for everyone involved, Morgan Stanley made a move without informing anyone else, and unloaded around 5 billion dollars worth of Archegos holdings at a huge discount to a group of hedge funds.

This led to other major banks panicking and unloading their holdings in Archegos as well, costing the banks millions of dollars, and Hwang billions. Since the lenders panicked and decided to sell everything instead of waiting to see what would happen, all of the accumulated wealth that Hwang had amassed was gone in an instant. As the banks sold their holdings of Archegos, the value of the stocks Hwang invested in continued to fall.

Days of the lost fortune

This snowball effect led to not only Hwang losing his fortune, but smaller banks that lent him money being hit just as hard. The smaller institutions were not able to unload their holdings as quickly as the larger banks, and paid dearly for it.

This financial tragedy could have all been prevented if a bad series of investments, and the panicking of banks, could have been managed or prevented. Which when you think about it, is eerily similar to what happened during the housing market crisis in 2008.

Bill Hwang, who was worth tens of billions of dollars, lost it all in two days because of questionable trading practices and the panicking of financial institutions. The crazy thing is that technically no one did anything illegal. The lack of transparency by investors and banks is still allowed, which begs the question: when will the next financial meltdown happen?