Historical overview of the black death and how it spread through Europe. 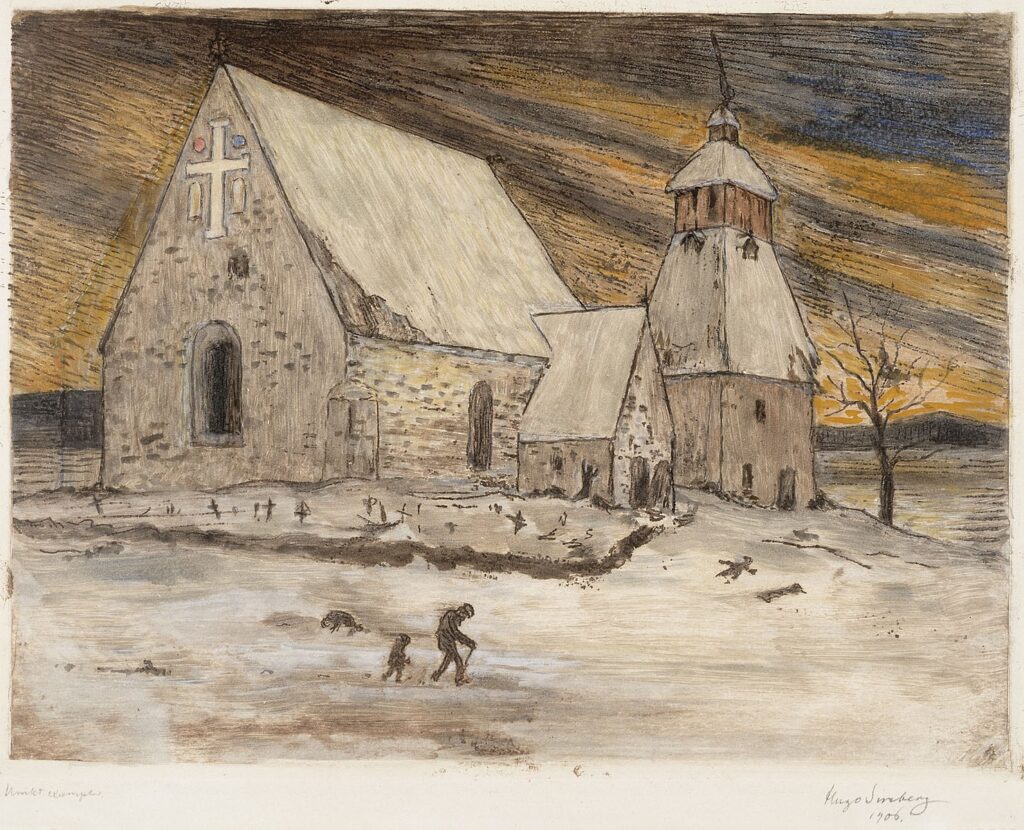 During the 1300’s a deadly pandemic spread across the globe, killing off nearly a third of the population of Europe. It was October of 1347 when 12 ships arrived at the Port of Messina in Sicily. Those gathered at the dock were shocked to discover the ships were filled with decomposing bodies. Most of the sailors were deceased upon arrival, and those who lived were covered in black, pus-filled boils.

The Sicilian government immediately ordered that the contaminated ships leave the dock, but the damage had already been done. During the five years that followed Europe and Asia would be devastated by the bubonic plague, nicknamed the Black Death because of the black boils that formed on the bodies of its victims before their demise.

How the Black Plague Spread

The Black Death, also called the Black Plague, is actually a virus known as Yersinia pestis. In 1894 the brilliant French biologist Alexandre Yersin traveled to Hong Kong to study the bubonic plague at the bequest of the French Colonial Health Service. He discovered the germ that causes the virus and thus it was named after him. His research on the bubonic plague was a huge stepping stone towards developing vaccines and modern medicine to combat the spread of pandemics.

During the 1300’s the Black Death was believed to be supernatural in origin because of the lack of scientific understanding of the spread of disease at the time. Today, thanks to the work of scientists such as Alexandre Yersin, we know that the plague was spread via rat and flea bites. These vermin were found almost everywhere in Europe which explains the rapid spread. Almost every ship at the time carried with it a population of rats that infected the crew with the plague before they arrived at port. Fleas living in the fur of the rats further exasperated the problem by spreading the virus to other rats and to humans.

Studies of the skeletons of the victims of the Black Plague showed that the virus was airborne. In addition to fleas and rats, it had to have been spread via the respiratory system as well in order to explain the rapid spread. The only explanation for the mind-blowing amount of causalities that the plague caused is that it was a pneumonic plague. The plague would spread to the lungs of the victim, and as they coughed the illness spread to those nearby via germs in the air.

It was so deadly that a seemingly healthy person could go to sleep at night and be deceased by the following morning. Doctors at the time believed that an individual could be infected with the disease by just looking at an infected person. The contagious quality of the plague was described by Italian writer Giovanni Boccaccio who lived through the pandemic. He wrote that “the mere touching of the clothes appeared to itself to communicate the malady to the toucher.”

The first case of bubonic plague in recorded history was the Justinian Plague which is reported to have killed as many 10,000 people a day during the year 561 and spread via the Silk Road. The Black Plague outbreak in Europe in the 1300’s was also spread via trade routes. The pathogen that causes the bubonic plague is believed to have originated in Asia.

From 1344-1345 the Mongolian army was infected by the plague. Enemies of the Mongolian forces rejoiced as they believed it was an act of God, but the piles of rotting Mongolian corpses would infect their cities with the plague as well. It had begun to affect the populations of East Asia by the year 1346. When the 12 ships arrived at the Sicilian Port of Messina many Europeans had already heard the rumors of a “Great Pestilence” spreading from Eastern ports. Trade ships full of dead and sickly sailors were to arrive from the East at multiple ports across Europe, infecting a huge portion of the population.

In a shockingly rapid procession the main ports of the Eurasian trade route were infected by the plague. First was the Port of Messina, but soon to follow were the ports in France and North Africa. Rome and Florence were central to the trade routes of the time. Once they were infected, the rest of Europe was at an increased risk. The Black Plague spread to Paris, London, and other heavily populated cities in Europe. What followed was a devastating loss of life that sent the world into a tailspin.

By the end of 1348, all of the major cities along the European trade route had been touched by the great pestilence. The above map shows the spread of the Black Death across Europe from 1346 to 1353. Cities with large populations were hit the hardest. Around 60% of the population of London was infected and subsequently died from the plague in just one year following its arrival. Between 1348-1350 the first outbreak killed off a huge percentage of the population. At least two more outbreaks were to follow, first in 1361 and again in the 1430s.

What Were the Symptoms of the Black Death

The symptom of the bubonic plague that earned it the name “the Black Death” was the black boils that formed on the infected victims. These boils were filled with blood and pus that gave them their dark color. The size of the boils could range from the size of an egg to the size of a soft ball, often appearing first in the armpit or groin of an infected person. Pus and blood would seep out from the boils. This was a grizzly sight to behold, and the doctors of the time had no idea how to treat it effectively.

The plague would attack the lymph nodes, causing extreme swelling in those areas in the body. After infecting the lymph nodes the virus spreads to the lungs and to the bloodstream leading to certain death. The boils were often the first indicator that someone had been infected. In rapid procession, they would become feverish, with cold chills and extreme body pains. Violent diarrhea and vomiting would be followed by death.

Perhaps thankfully, it often took less than 24 hours from the time the first symptoms showed for individuals to pass away. Victims of the plague often died alone and were denied proper burials due to risk of spreading the illness and the belief that those who fell ill had been cursed by God. Bodies from this time in history have been uncovered in mass graves, which interestingly enough include the bodies of victims from not only the first bought of plague in 1348, but from the later outbreaks as well.

How Was the Black Death Treated

The infamous plague doctor masks were not used until later outbreaks during the 17th century. It is unclear if the plague masks were beneficial in stopping the spread of the virus, or if they would have made a difference during the earliest outbreaks. Most attempts made by doctors to cure those infected with the plague would only serve to make the condition worse. Bloodletting and boil-lancing were the only defenses that physicians had to fight the disease. Unfortunately, neither of these practices have any medicinal benefits and made individuals more susceptible to infection. The only benefit of lancing the boils would have been a quicker death sentence, and thus less time spent suffering.

In medieval times almost all illnesses were believed to be supernatural in origin. The Black Death was believed to be caused by many things, including the wrath of God and the planetary alignment. The people of the time believed that a balance of “humors” in the body kept people healthy. They believed that the elements of earth, fire, air, and water were linked to bodily fluids such as blood and bile. The balance of these “humors” or elements was believed to be responsible for good health. Bloodletting was done in an attempt to balance the humors. “Bad air” was believed to cause ailments, along with other superstitions. Animals’ potions and religious cures were all used to attempt to stop the plague.

They burned herbs and took baths in vinegar and rose water in an attempt to ward off the virus with no prevail. Most people fled the cities as the plague killed off their neighbors, but the countrysides were not much better. The plague spread to livestock, killing off enough sheep to cause a wool shortage. The level of fear led many to abandon their loved ones and think only of their own health. Doctors refused infected people treatment and priests refused to read the last rites for the dying.

The flagellants were one of the most fascinating results of the Black Death. Believing themselves to be cursed by God, the flagellants sought to redeem themselves by committing acts of self-punishment. The flagellants were a procession of men, including landowners and merchants, who would travel from town to town publicly flagellating, or whipping, themselves with leather straps covered in metal spikes. People would gather to watch the flagellants. For 33 and 1/2 days, the flagellants would repeat their ritual flagellation three times a day. This practice gave people a feeling of control over the plague when there was none. Some people turned against their neighbors, murdering or expelling heretics and Jews from their communities.

How Did the Black Death End?

The bubonic plague still exists to this day. Several outbreaks occurred in the decades after the Black Death. They eventually managed to slow the spread by practicing strict social distancing. Ships arriving at port were required to quarantine their sailors until they were proven to not be infected. Where bloodletting and portions failed, social distancing succeeded.

Modern medical advancements, such as the discovery of the benefits of washing hands, and the invention of antibiotics have made it so that the bubonic plague is not a huge threat today. The poor hygiene and bizarre medical practices of the time contributed to the epidemic. There are an estimated 1,000 to 3,000 cases of bubonic plague per year in modern times, and with treatment from antibiotics, most people recover quickly.