What Is An STD And What Are The Chances For You To Receive It?

Found an embarrassing little blister in a private part or a maybe strange itch that needs more than a little scratch? If so, you might have acquired an STD. 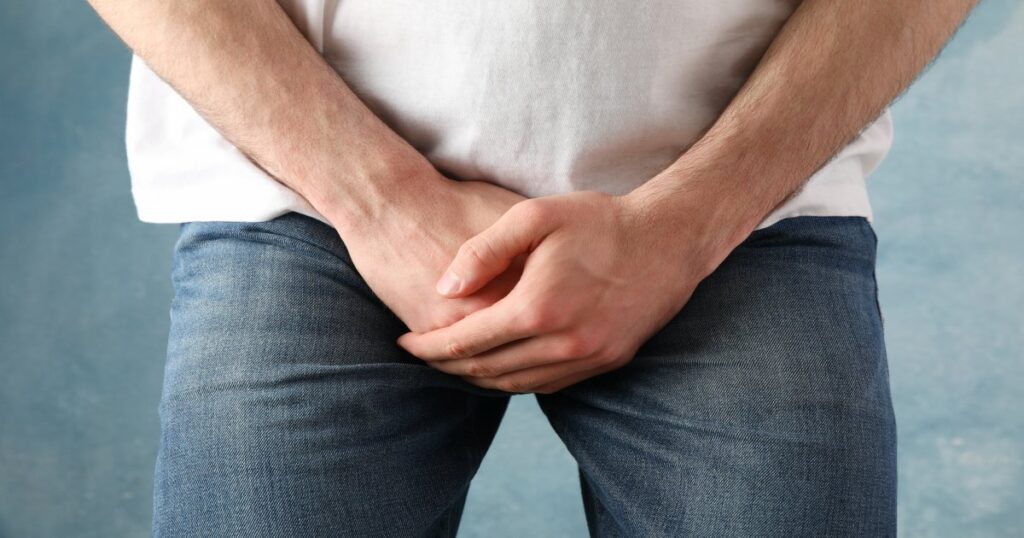 Before you start manically googling or booking that appointment at the free clinic, let’s see what your chances are of catching something potentially awkward.

Perhaps the most worrying and embarrassing of problems we face, is that of contracting a sexually transmitted disease. And there’s nothing more terrifying than awaiting the results that will tell you if you have contracted a life-threatening condition that will affect you for the rest of your life.

Many of us have been there, and yes, it sucks. But just how likely is it that you’ve caught a sexual disease? Well, there are factors at play here. Where you live, who you sleep with, and whether you’ve used rubber. So, before you freak out and start googling frantically, and rushing to the clinic to exhibit your suspected condition to a medical health professional, let’s look at the possibilities of catching one of those bothersome conditions in the first place.

Poor education about STDs in our school

Found an embarrassing little blister in a private part of your anatomy? Perhaps you have a strange itch that needs more than a little scratch? Or perhaps you woke up with a curious stranger and have little memory of what exactly happened the night before.

If so, don’t beat yourself up over it, as you are simply one of the millions of people who contract STDs each year. Some are perfectly curable, while others tend to hang around as that little gift that keeps on giving. Some are even deadly.

Most STD education is totally terrifying at schools because our teachers and educators don’t want to be dealing with unwanted pregnancy, and what we see in the media is scary, because, well, terrifying news sells media stories. Fear is a base emotion, along with happiness, sadness, anger, surprise, and disgust.

Fear is the way we are taught to approach STDs. But we should be more scared of crossing the road. 1 in 1,800 people are diagnosed with syphilis each year, but you have a 1 in 645 chance of dying in a car accident.

Syphilis can remain undetected in the human body for years before a simple shot of antibiotics can cure it. Traffic accidents can have much more devastating consequences.

We will take a look at the most common STDs and weigh up our realistic chances of contracting one of these. Author Mark Manson compiled an article and RAW score for each STD listed.

This score gives you a rough idea of how many times you would have to have unprotected sex in order to contract that particular condition. This figure was achieved by taking the estimated number of cases of that condition and factoring in the number of single sexually active individuals in the USA.

First up Chlamydia. No Chlamydia is not the name of a heroine in a Victorian novel, it is a bacterial infection usually contracted through sexual intercourse. For guys, it is uncomfortable but generally harmless.

For women, if left untreated for a long time, it could lead to pregnancy complications or even infertility. You’d probably have to sleep with 36 people unprotected to have a 50% chance of catching chlamydia.

The symptoms result in aching testicles in men and pee that burns like the fires of hell. 70% of women don’t have any symptoms and 25% of men don’t have symptoms either, so this STD can be a bit of sleeping giant. You should get checked out for chlamydia once every year if you are reaching over 30 partners per annum – which to be fair is a pretty impressive batting average.

Gonorrhea is also curable, but not a particularly pleasant experience. You would have to sleep with about 180 partners unprotected to have a 50% chance of catching it. So you’d either have to be a legendary swordsman in the trouser department, or on the game.

It is totally protected by using the simple method of slipping on a rubber condom. Unlike chlamydia, gonorrhea can be transferred by pretty much any orifice, including the mouth.

Symptoms are similar to her smaller sister, chlamydia. Burning urination and balls that pound and pound like the ringing bells of death. And to top it all off, a gross puss-like fluid drips languidly from your infected urethra.

Treatment is usually just a simple course of antibiotics, but recently, antibiotic-resistant strains have been doing the rounds and medical professionals are deeply concerned about a super-gonorrhea becoming a serious issue in the near future. This super-gonorrhea has been a popular news story in our fear-harboring media of late.

Syphilis was a real problem in the days before antibiotics. The big S didn’t discriminate. You could be a pirate, a poet, a philosopher, or the president, and still be syphilitic. Nowadays, it is perfectly treatable in the early stages with a large shot of antibiotics.

Symptoms consist in the early stages of a blister that appears, and then disappears, and then appears again. This mysterious Houdini-like cyst is followed by itchy palms and feet. This second stage can last years before the third deadly stage kicks in. From then on, you’re pretty much toast.

Stage 3 syphilis kicks in, and your internal organs are eaten away, motor functions are lost, and you will probably go insane, wandering the streets in somebody else’s clothes and talking to buildings.

You want to avoid this last stage by getting tested. Infection rates of the pox are rare. There are around 55,000 new cases each year in the States, and you would have to sleep with about 1,841 bedfellows to have a chance of catching it. Which means unless you are on a world tour with the world’s biggest rock group, you’re probably okay. A condom doesn’t necessarily protect against this, but if you have that rash or itchy palms, get it checked out.

There are over 100 different strains of HPV and almost 80 million people are infected with 14 million new infections each year. It isn’t curable, but it typically just leaves of its own accord after a few years. There is now a vaccine for both men and women.

You would only have to sleep with 4 unprotected partners to have a 50% chance of catching this, and a condom won’t necessarily protect you, as it spreads by skin-to-skin contact. While it is true that most sexually active men and women will get it at some point in their lives, and some strains do cause cancer, most people never have any symptoms at all and don’t even know they have it.

They can cause genital warts, but there are a number of treatments to clear that up. The HPV vaccine is called Gardasil and protects against the high risk strains of HPV that cause cancer, and the low-risk wart-causing strains. To eliminate your chances of catching HPV, be sure to get the vaccine.

Genital Herpes is also quite common, with already 24.1 million Americans infected, and you would only need to have intercourse with around 13 partners to have a 50% chance of contracting it.

Millions of people have herpes, but don’t show any symptoms and are not infected to the point that they are able to pass it on. So there’s a good chance you might have herpes already, but you don’t have the viral load required for it to show up in any blood test.

If you’ve ever had a cold sore or a fever blister around the mouth, you have, in fact, had herpes. There are two types: HSV-1 is the type that occurs upstairs, and HSV-2 is the type that happens downstairs. There’s no cure for herpes, and it never goes away, but if you do get a breakout of the condition, there’s medication to take care of it. So worry not.

Condoms help mitigate the risk, and HIV is not the death sentence it once was. You would live reasonably well with the condition but medical expenses may prove expensive.

Intravenous drug users and homosexuals are more likely to become infected, with over 80% of cases involving gay sex or the sharing of dirty needles. When it comes to vaginal sex, there is a very remote chance for men to catch it, unless there is some other open infection such as herpes in the genital region.

The symptoms of HIV generally begin as a really bad cold or flu for two weeks. From there, the immune system becomes progressively weaker over a period of years. Many people carry HIV for years without realizing it. The good news is, there are a lot of drugs out there to keep HIV under control, and most people who contract it can live a relatively normal life.

But to be safe, use a condom. Starting a new relationship and having to explain to your potential sweetheart that you have HIV could well be a deal breaker.