Could China’s J-20 Stealth Fighter Be More Advanced Than the F-35?

The J-20 is the best Chinese fighter jet ever built – and it is so good that some experts consider it may be better than the Lockheed Martin's F-35. 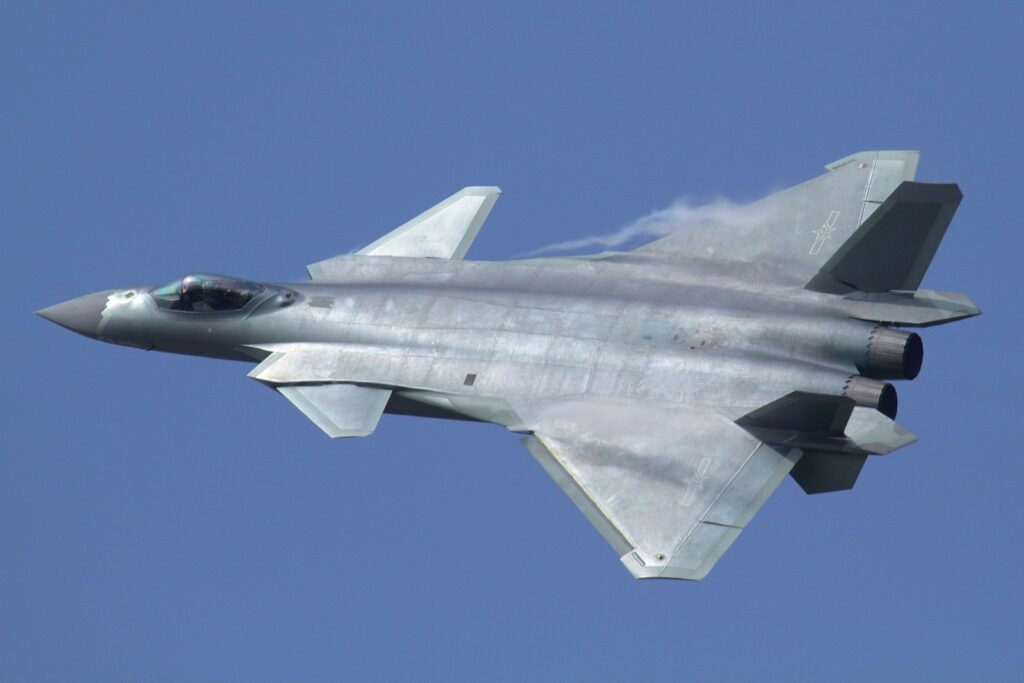 Fighter jets are undoubtedly a symbol of strength for air forces worldwide, and all of the world’s dominant militaries have an impressive fleet of fighter jets.

Today, Russia, China, and the US are the only countries with fifth-generation fighter jets in operation. Still, Chinese military analysts claim that the upgraded Chinese Chengdu J-20 fighter will be overwhelmingly superior to the F-35. This is quite a bold claim.

Could the Chinese J-20 be a competitor to the modern F-35? Do the J-20’s characteristics really outperform the F-35?

The arms race in Asia Pacific

All countries usually claim their armament is superior to those of their competitors, and this is not the first time the Chinese government has exaggerated the capabilities of one of its aircraft.

However, it can’t be ruled out that this aircraft is a world-class fighter that can rival the latest NATO and its allies’ aircraft, such as the F-35 or F-22.

The J-20 is China’s fifth-generation fighter jet that has been in service since 2017, and it’s fitted with cutting-edge aviation and electronics equipment.

The State Aircraft Corporation of China (AVIC) has published a video for the 11th anniversary of the first flight of the J-20 fighter.#aviation pic.twitter.com/b7DLSaSxc8

In addition, it has room for enhancement, and an upgraded version of the Chengdu J-20 could be better than the F-35 if the F-35 program continues with its numerous failures and setbacks.

So, the F-35 fighter jets help maintain the air power of the Asia-Pacific region and challenge the Chinese dominance of the J-20.

It was designed to achieve air superiority with its long-range attack capabilities and can fly in all weather conditions, but its significant advantage is its stealth capability.

Chengdu Aerospace Corporation is the creator of the fighter jet, and they used Chinese technology without the need for Russian engines like other Chinese aircraft. So, now that China is developing its own engines, they are gaining more quality and reliability.

Also, the Chengdu J-20s are engineered to be linked to national defense networks enabling these state-of-the-art fighters to gain access to real-time data from satellites and unmanned aerial vehicles.

The F-35 Lightning II is a multi-role combat aircraft that is now the most advanced US aircraft in operation.

It is manufactured at the Lockheed Martin plant under the US Joint Strike Fighter program.

The F-35 has three variants: the F-35A for the Air Force, the F-35B for the Marine Corp, and the F-35C for the Navy… And the F-35 has been delivered to almost all US and NATO allies to increase their air power against their adversaries, such as Russia and China.

The F-35’s stealth abilities are one of the key features that set it apart from earlier generations of fighter aircraft. Still, it is costly to maintain as the F-35 coating that absorbs radar waves wears out and needs regular maintenance.

In addition, the cost of the F-35 is unaffordable for most countries, and its technology is constantly under development due to several failures in recent years, which makes it an aircraft that is still full of issues that frequently appear but should be resolved in the future.

On the other hand, the F-35 has clear advantages over the Chengdu J-20. For example, in its ability to perform conventional takeoff and landing (CTOL) and short take-off and vertical landing (STOVL).

Regarding the J-20, it has the ability to fly higher and reach higher speeds than the F-35.

The J-20’s engine remains a mystery, but according to reports, it cannot fly for long periods of time at maximum speed. Additionally, there are still many unknown specifications about this aircraft, which the Chinese government keeps a secret.

Both aircraft have advantages and disadvantages

It is tough to assess such new aircraft that have never seen combat because, on paper, many aircraft pretend to be perfect, and yet in a real war, their performance can be very different – as we have seen with Russian weapons in actual warfare.

So, it’s hard to say which of these two aircraft will be superior. Both need to be tested in an actual battle situation before we can declare the winner of the fifth-generation fighters.

Featured image credit: J-20 at Airshow China by Alert5. Licensed under CC by 4.0