China considers Starlink a risk to its national security as the world's superpowers are starting to compete for supremacy in space. 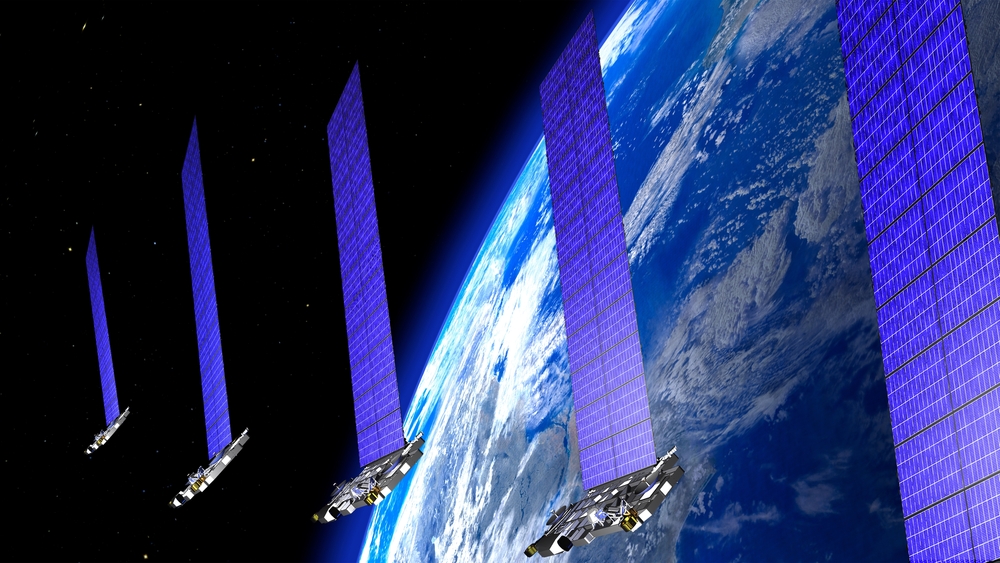 Starlink is a SpaceX-operated satellite broadband constellation that provides satellite Internet access to 32 countries where it has been licensed for use. It aspires to provide global coverage. In 2019, Starlink began launching satellites, and there are now more than 2,300 Starlink Satellites in orbit.

Starlink can be used by the military and that worries China

Starlink’s services to Ukraine have been portrayed as providing humanitarian access to communications to the Ukrainian government and people. Anyone who has been following the situation in Ukraine knows that Starlink’s coverage of Ukraine has limited Russia’s capacity to advance in its military operation.

Is SpaceX just a broadband provider like any other? Is Elon Musk’s mission to Ukraine simply altruistic and humanitarian? Russia and other militaries view SpaceX with suspicion. SpaceX has signed a contract with the US Department of Defense to develop instruments capable of real-time hypersonic weapon tracking and other innovative technology.

According to a South China Morning Post report, there appears to be an attitude that Starlink satellites pose a threat to China’s national security.

In Beijing, Ren Yuanzhen is a principal researcher employed by the People’s Liberation Army (PLA) Strategic Support Force Institute of Tracking and Telecommunications.

Yuanzhen is also the author of a recent article published in Modern Defense Technology. Yuanzhen believes Starlink satellites could provide US stealth fighter jets and military drones with more than 100 times their current data transmission speed.

How can a constellation of satellites be neutralized?

Until now, the general consensus has been that Starlink satellites are currently impervious to attack, as the constellation can continue to function even if many satellites are lost. To destroy a system of satellites such as Starlink, an attacker would need anti-satellite weapons that defy convention, such as microwaves capable of destroying communications and electronic components or jamming them.

Yuanzhen’s paper argues that China should develop anti-satellite capabilities, with the initial steps requiring a massive surveillance system that can track and monitor all of Musk’s satellites.

The paper discusses that a combination of soft and hard kill methods should be used to disable some Starlink satellites and destroy the operating system of the constellation. If this is implemented, it will be the first idea to track such a large constellation and potentially destroy it.

Yuanzhen noted that Starlink satellites are equipped with ion thrusters, allowing them to execute a rapid orbital adjustment if they are targeted.

China plans to upgrade its existing space surveillance technology to capture high-resolution images of Starlink batch launches to determine if military payloads were smuggled aboard a SpaceX launch. The nation also asserts that it possesses ground-based laser-imaging devices capable of achieving this (to a millimeter resolution). Yuanzhen added that China also desires optical and radar imaging but must monitor signals from different Starlink satellites to confirm potential military threats.

The issue with any anti-satellite defense is that destroying a constellation of satellites would cause enormous space debris. Dealing with dangerous space debris is one NASA has faced when reviewing how to decommission and crash the ISS into the sea. What would happen in the case of a deliberate attack on thousands of satellites? In the past, when a Soviet satellite Kosmos 954, broke up in the atmosphere over northern Canada, it scattered radioactive debris, resulting in a 3 million Canadian dollar lawsuit settlement.

The chaos of radioactive space debris scattered worldwide pales insignificantly compared to the disorder that the loss of broadband from all Starlink satellites would cause.

Is war in space inevitable?

As tensions between the United States and China continue, it is regrettable that both countries increasingly view space as an extension of their military power. Proving military superiority in space is an inevitable change as the U.S. Pentagon pursues its Space Force program. At the same time, the U.S. DARPA (Defense Advanced Research Projects Agency) pushes ahead with plans to build nuclear-powered spacecraft for swift maneuverability in space.