The A-12 Oxcart was a Mach 3 capable aircraft that officially flew only for a year – but still left a lasting legacy. 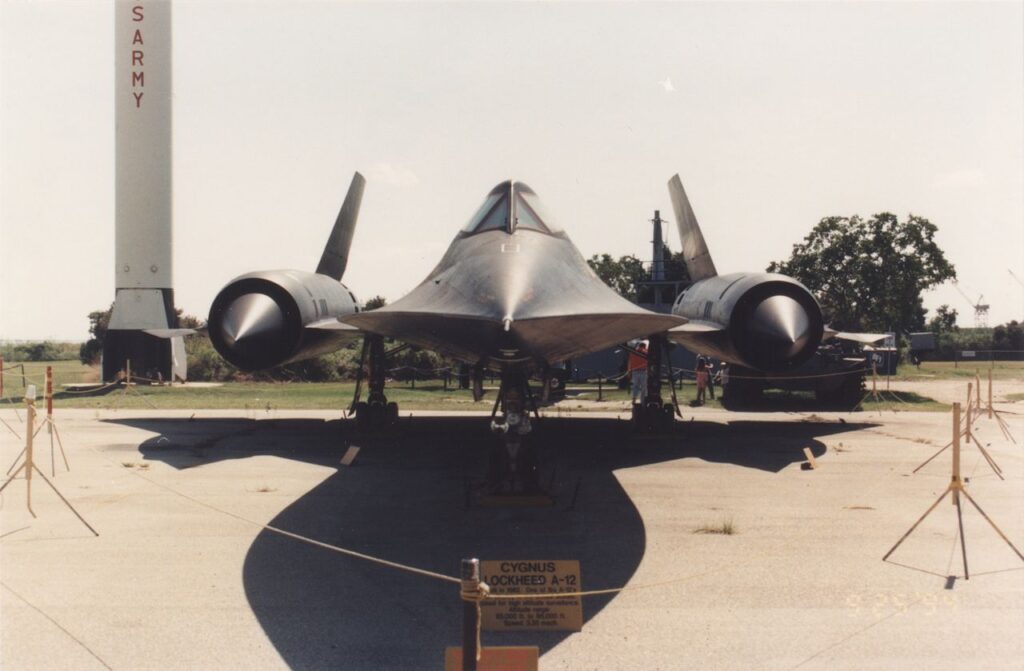 One of the airplanes that seem to be forgotten by history but played a fundamental role in the development of supersonic flights was the A-12 Oxcart Spy Plane.

It was one of the most important aircraft for espionage during the Cold War, and its resemblance to the SR-71 Blackbird is not a coincidence. It was the fastest aircraft in the US and the predecessor of the SR-71.

What was the A-12 Oxcart Spy Plane?

The A-12 Oxcart was a reconnaissance aircraft used by the United States Central Intelligence Agency (CIA) from 1967 to 1968.

It was an improvement over the previous CIA reconnaissance aircraft, the U-2. It could fly at higher altitudes and faster speeds, making it more difficult for enemy defenses to shoot it down.

The Oxcart was designed and built by Lockheed’s “Skunk Works” division, which also produced the U-2. It first flew in 1962 and began flying operational missions in 1967, and its last mission was flown in 1968 when it was retired – just one year after its introduction.

A-12 Oxcart design and its “stealth fuel”

The aircraft was designed to be as stealthy as possible, with a sleek body and engines that were hidden behind special panels.

Its primary mission was to gather intelligence on the Soviet Union, but it was also used for testing new stealth technology.

The Oxcart was also equipped with state-of-the-art radar-evading technology, making it almost undetectable to enemy radar. In addition, the aircraft had an advanced navigation system that allowed it to fly at extreme altitudes and speeds.

But, the A-12 wasn’t truly invisible. It employed a number of advanced radar-evading features, including its fuel.

A key element to making the A-12 more difficult to spot included a fuel additive mixed with cesium. It served to significantly lower the radar signature of the aircraft’s enormous engine exhausts.

However, it was highly toxic, and it didn’t make such a big difference anyway. So, in the end, this stealth fuel didn’t work well, and the idea was soon discarded.

SR-71 Blackbird alongside its predecessor the A-12 Oxcart in Palmdale, California. pic.twitter.com/YLeUoQ45af

The SR-71 first flew in 1964 and quickly became the world’s fastest and highest-flying aircraft.

The stunning Lockheed A-12, seen in the sky over Groom Lake in 1962.
The Mach 3 recce aircraft was built for the CIA and operated under their ‘Project Oxcart’ veil of secrecy. The type later would be developed into the famous Lockheed SR-71 ‘Blackbird’ for the USAF. pic.twitter.com/MEzrQgiHTN

But without the platform and engineering advances shown by the A-12, it would have been impossible to develop an aircraft like the Blackbird.

Why was the A-12 Oxcart retired?

The A-12 undertook dozens of reconnaissance flights in the final stages of the Vietnam War. It proved to be well suited to the sorties. It was quite capable of performing sensitive intelligence-gathering flights while flying at Mach 3.

First, the aircraft was designed for use over Vietnam, and with the Vietnam War coming to an end, there was no longer a need for such a specialized plane. Second, the A-12 was becoming increasingly expensive to maintain. The Air Force had originally planned to keep the aircraft in service for another decade, but rising costs forced them to reconsider.

Finally, the A-12 was becoming outdated. By the late 1960s, newer aircraft like the SR-71 Blackbird were already surpassing the performance of the A-12. It simply made more sense to retire the aging aircraft and focus on developing newer, more advanced technologies.

Ironically, the SR-71 was retired for the same reason. It was no longer a necessary aircraft after the end of the Cold War, and maintenance costs were astronomical for the USAF, which could no longer justify such a high peacetime expenditure.

The A-12 Oxcart was a truly groundbreaking piece of engineering

The Oxcart conducted numerous secret missions during the Cold War, gathering vital intelligence until it was retired in 1968.

It paved the way for future generations of stealth aircraft, including six-generation fighter jets that will probably benefit from all the technologies tested in the A-12.