A new study has found that coffee drinkers have a much lower mortality risk with drinking up to 4 cups per day. 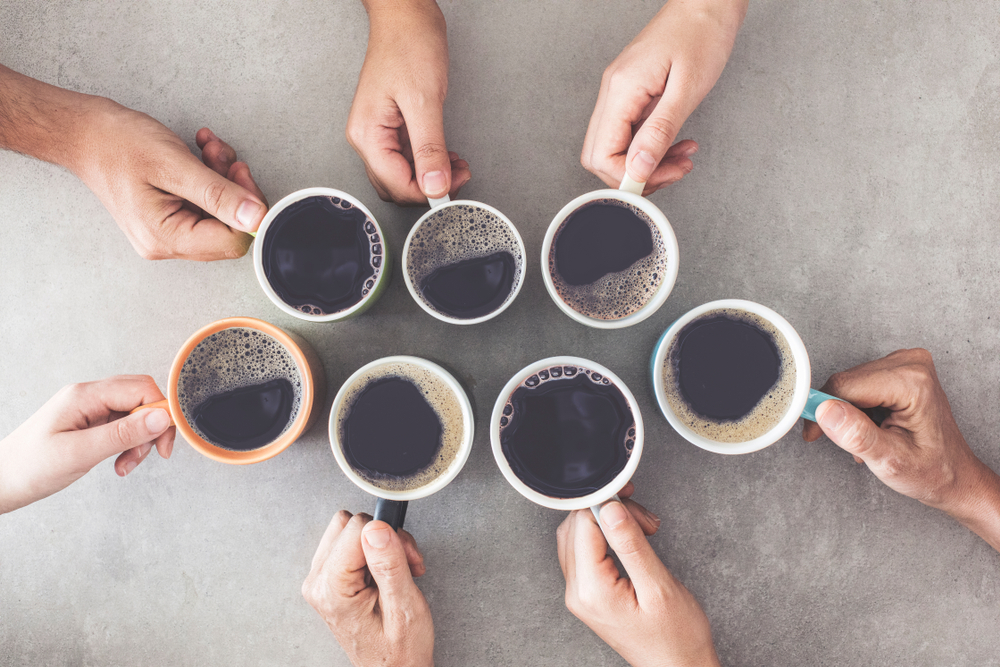 A study published on Monday, May 3rd, 2022, suggests that enjoying your morning cup of coffee can reduce the mortality risk. The original research published in the Annals of Internal Medicine gives insights into the benefits of unsweetened coffee consumption on mortality risk.

According to findings from the study, people who drank on average 1 to 4 cups of coffee daily had 30% lower mortality rates than people who don’t drink coffee (mortality rate measures the frequency of death occurrence in a defined population during a specified interval). More so, the analysis shows that people drinking coffee with sugar also have their fair share of the benefits of having drinking coffee as part of their daily routine.

At any rate, people who consumed unsweetened coffee were about 21% less likely to die during the study than people who drank coffee with sweeteners. Also, those who drink up to four cups per day had the lowest mortality rates overall.

Findings from the study

The researchers used coffee consumption data from the U.K. Biobank throughout the experiment, which involved over 170,000 people between the ages of 37 and 73. The candidates were studied for seven years to ensure that findings from the research were authentic and definite enough to be reported.

In an interview with NY Times, Dr. Cristina Wee, an associate professor and deputy editor at Annals of Internal Medicine, emphasizes the significance of the study. According to her, the things that can reduce mortality risk by up to 30% are extremely limited. In addition, she published a corresponding editorial to further elucidate the importance of the study.

However, she also made us understand from the interview that because it’s an observational study, the suggestions from the results can be flawed given that coffee drinking may not be the only factor that reduces the mortality risk of the individuals. Several lifestyles and habits can contribute to a lower mortality risk, which is also practiced by people who just happen to be regular coffee drinkers.

What further analysis of the result states for coffee drinkers

From the study, it is clear that coffee drinkers who use sugar or other artificial sweeteners often add about two spoons per cup of coffee  – which is a lot less than what we have in sugary drinks at coffee chains in the UK.

For example, a Starbucks Caramel Macchiato contains 25 grams of sugar, which is at least five times what coffee drinkers who use sugar would consume.

Dr. Eric Goldberg, a clinical associate professor of medicine at the NYU Grossman School of Medicine, also made his views known on the high sugar compositions in these coffee chain stores. The high-calorie content in these beverages can negate the benefit of taking the coffee itself, if not entirely resulting in a negative outcome.

Furthermore, this study into the potential benefits of coffee is one of many, making it a further supporter of the idea that drinking coffee can help one live longer.

Why is coffee drinking so beneficial?

Although multiple pieces of research support that drinking coffee is beneficial to human health, scientists are yet to unravel the particular component in coffees that makes it a mortality risk reducing beverage. However, Dr. Goldberg speculates that the answer may be the high composition of antioxidants in coffee beans. These antioxidants can prevent or delay cell damage, thus improving the overall lifespan of the drinker.

While there have been many studies, including that one that suggests good benefits for coffee drinkers, there isn’t enough scientific data to suggest that people who are non-coffee drinkers should start drinking coffee to reduce their mortality risk.

The study isn’t concrete enough to encourage existing coffee drinkers to double their coffee intake for more health benefits. In addition, the advantages of coffee consumption are reduced for people who consume more than 4 cups a day, so doubling that would probably do more harm than not drinking coffee at all. After all, too much of a good thing can quickly become detrimental.