Boom Supersonic rekindles the dream of supersonic flight. Will their Overture plane succeed where Concorde failed? 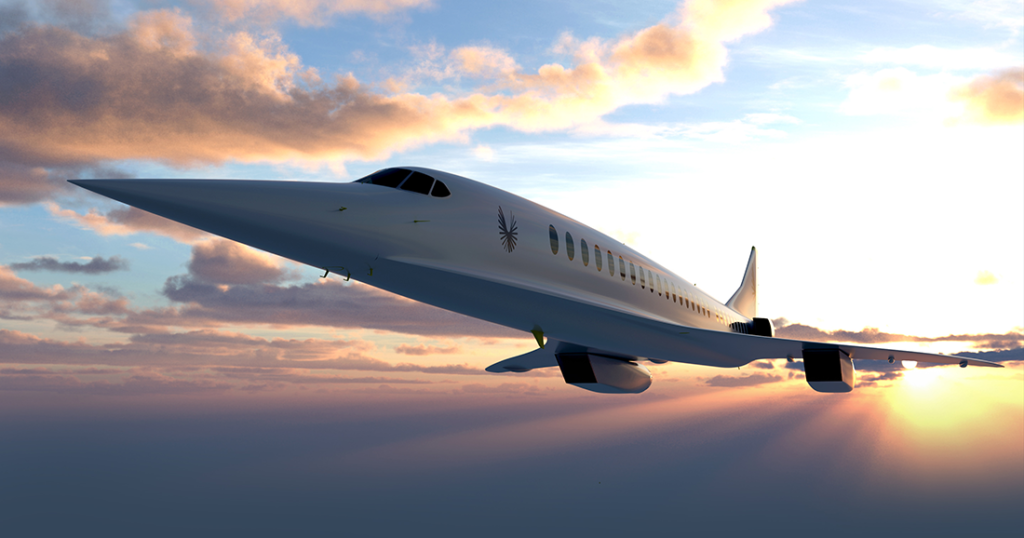 Aircraft manufacturers and airlines are attempting to resurrect the dream of supersonic flight and are investing millions into jets that can travel faster than the speed of sound.

Supersonic flight dates back to 1947 when Chuck Yeager of the United States Air Force was the first person to fly over the speed of sound. Commercial aviation businesses soon tried to follow suit.

The British and French governments forged an agreement in 1962 to create the Concorde, a supersonic airliner. British Airways and Air France were the first two airlines to fly the Concorde commercially in 1976.

The dream of supersonic flight has been quiet since 2003 when British Airways flew Concorde for the last time. Concorde has had a complicated image problem since 2000 when an Air France Concorde flight from Paris to New York exploded into flames shortly after takeoff, smashing into a hotel and killing 113 people.

According to Blake Scholl, the CEO of Boom Supersonic, a Colorado-based business, 2029 will be the year when we witness more supersonic planes in the sky. The company plans to break construction on its production facility in North Carolina. Scholl intends to have a supersonic jet, nicknamed the Overture, in the sky by 2029.

Scholl stated that his company would not repeat the Concorde’s failures for various reasons. Since the 1960s, carbon fiber technology has advanced, making the Overture lighter and more fuel-efficient than the Concorde. His team can now create a more aerodynamic plane thanks to improved software. Scholl’s company also intends to use sustainable aviation fuel, an alternative fuel produced from plant waste and other organic matter, making the company more environmentally sensitive.

Scholl says that his company’s supersonic jet, which can seat between 65 to 88 passengers and travel at just under twice the speed of sound, will cost around $200 million each. Scholl revealed that United Airlines has a standard order for 15 planes, which might grow to 35 more. According to Scholl, Japan Airlines has also stated that they may buy up to 20 planes.

United Airlines is betting on supersonic travel being the next big thing to meet customer demand for high-speed business travel.

Flights between London and New York

Mike Leskinen wants his company to deploy its Overture jets on Newark International Airport to London routes, with prospective extensions to Paris, Amsterdam, and Frankfurt. Each plane will seat roughly 80 passengers in business class seats. Prices are predicted to be around $5,000 to $10,000 for a round-trip route and would be comparable to current business class fares. Mike Leskinen explains that a confluence of technologies will allow us to do something economically and profitably profitable that was not financially and profitably successful with the previous technology.

The race to be the market leader in supersonic flight takes place at a critical juncture. As climate change intensifies, carriers are under pressure to grow their operations while reducing carbon emissions. The coronavirus pandemic destroyed airline earnings, placing pressure on businesses to develop new revenue streams as they slowly recover.

Establishing supersonic flight won’t be easy. Many critics point out that planes will not meet noise standards and consuming more fuel.

Advances in jet engine technology, noise regulations, and a scarcity of clean and alternative aviation fuel will make it harder for airlines to obtain government licenses for planes while maintaining affordable ticket costs.

Experts say that supersonic aircraft require narrow, aerodynamic engines, which are more challenging to keep quiet enough to fulfill official noise standards. The planes will have to comply with FAA and international noise restrictions. Previously noise regulations were put in place, meaning aircraft such as Concorde could only reach supersonic speeds over water to avoid loud sonic booms over residential areas.

Will supersonic airlines be profitable?

Rutherford of the International Council on Clean Transportation thinks it will be challenging for supersonic aircraft to make a profit. According to him, such aircraft use seven to nine times more fuel than typical “subsonic” planes.

Companies like United and Boom are aware of this, according to Rutherford, and have committed to using sustainable aviation fuel. However, the availability of sustainable jet fuel is limited, and its price is high – two to five times that of fossil jet fuel.