Dark Matter Could Be Flowing Into Our Universe From Extra Dimensions

The latest study suggests that not all dark matter is from our universe. 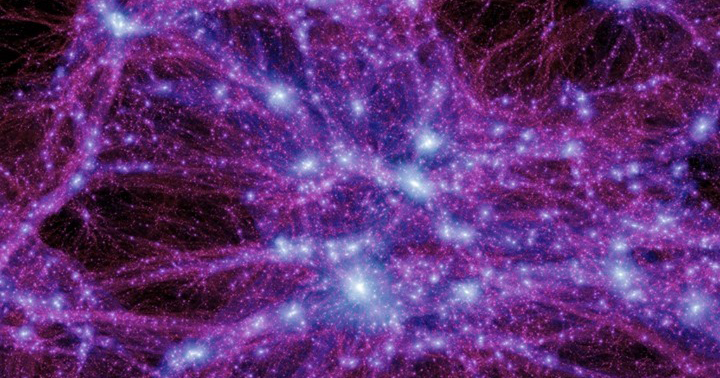 What does dark matter do?

However dark matter can’t simply be explained away to the gases that surround planets, stars, etc., It has gravitational influence, when light encounters it, light bends around it, dark matter can cause mirages and illusions in space.

An observer from a telescope on Earth might see two galaxies because the light from one galaxy has bended around dark matter in two places.  This was the case with Hamilton’s Object.  Timothy Hamilton using the Hubble Space Telescope saw two galaxies appeared to be the same shape.

Imagine standing in an empty dark room void of any furniture, shining a torch to the other end of it and at some point, in the room the ray of light from the torch curves into two fork rays of light, not following a straight path, but acting as if the light was splitting going around a curved ball.  You wonder what caused the light to curve, but when you walk to the other end of the room you find nothing blocks your path.

The main challenges for scientists explaining what dark matter is that not only is it an elusive substance, it is also considered to account for the majority of the mass in the universe. Which even if scientists can decide what the composition of dark matter is like, they must have an explanation for the origin of it.

Physicists Haiying Cai and Seung J. Lee from Korea University together with Giacomo Cacciapaglia from University of Lyon in France have now come forward with an explanation to help people understand the origin of dark matter. It all started with a BIG BANG.  It was probably about a trillionth of a second after the bang that massive gravitons were formed from other particles colliding together in substantial quantities incomprehensible to our minds to make up over 95% of the known universe to form something that these scientists consider to be dark matter.

There you have it, dark matter is probably not axions, geons, sterile neutrinos, supersymmetric particles, or weakly interacting massive particles (WIMPs), but rather massive gravitons formed from colliding particles at the time of the BIG BANG.

Other scientists had previously dismissed gravitons as being likely dark matter candidates, as they would be too rare.

This new study by Haiying Cai, Seung J. Lee and Giacomo Cacciapaglia, simplifies the explanation for us all, that indeed the BIG BANG would have formed enough gravitons for all the dark matter scientists currently detect in the universe.

If dark matter did not come from the big bang then where else does it come from?

It was speculated in another theory that if dark matter is gravitons as these physicists believe, that these hypothetical graviton particles might be coming into the known universe from extra dimensions.  This would explain why our universe is expanding but why scientists are unable observe the source of the origins of dark matter.

Whether all the gravitons were formed in the single BIG BANG event or coming into our universe from other dimensions, it appears gravitons are certainly flavour of the month for explaining dark matter theory.

Gravitons need to be simulated with powerful particle accelerators

The authors of this study consider that gravitons, if they do exist, would have a tiny mass of less than 1 megaelectronvolt (MeV), which is just a bit below the mass of two electrons. To support the authors theory further analysis is required by powerful particle accelerators like the one being built at CERN which will be operational in 2035.

As the characteristics and origins of dark matter are more clearly explained by gravitons than any other suggested dark matter candidates so far, hopefully CERN will have a more clear basis on how to operate to experiments to reveal evidence to support the theory of what dark matter really is.