Why Is Daylight Saving Time Bad for You, and Is It Finally Going Away?

Despite being around for over a century, daylight saving time is still met with resistance by many. Find out the history and purpose of DST, and see why it's so unpopular. 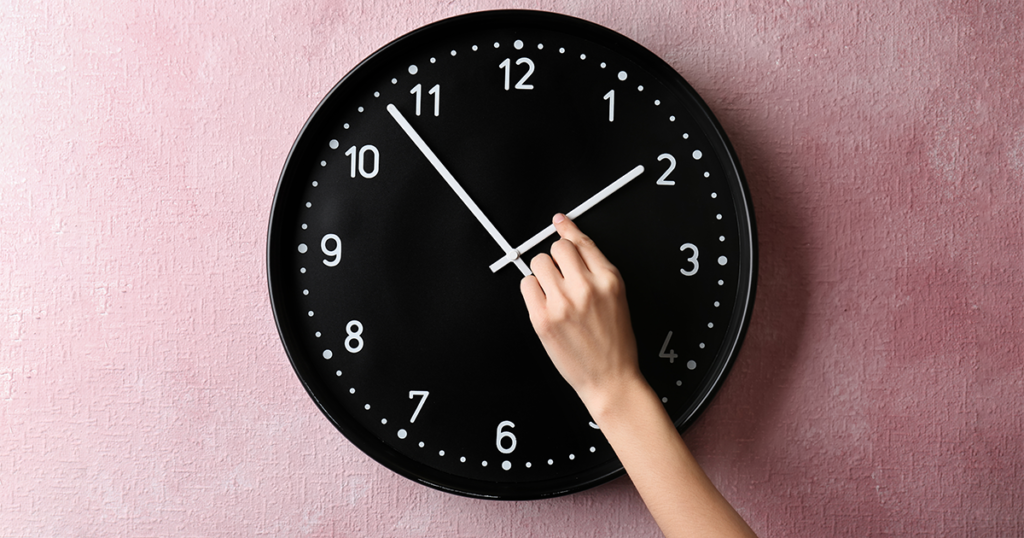 While most people complain that there aren’t enough hours in the day, there is one day every year when this is true. Specifically, daylight saving time takes place on the second Sunday of March, when clocks spring forward an hour at 2 a.m. and go back on the first Sunday of November – based on customs and local laws. In 2022, those dates are March 13 and November 6.

DST was suggested by many people globally, largely independently of one another. A New Zealand entomologist named George Hudson recommended changing the clocks by two hours so that insect hunters would have more light in the evenings throughout the summer. A British builder named William Willett proposed changing the clock seven years later to “avoid the nation from squandering daylight.” Willett proposed the idea to the British Parliament, and he continued to promote it until his death in 1915.

The Act was passed to end the misunderstanding and establish a law stating that daylight saving time (DST) will commence on April 1. Thanks to the Energy Policy Act of 2005. It has amended the Uniform Time Act to start on the second Sunday in March and end on the first Sunday in November. Since then, the subject has sparked fierce debate, with some denouncing the annual switches as a scourge, claiming that they cause wrong microwave timing and late arrivals as they try to figure out what time it is.

The time shift is very unpopular in many places. In the United States, most of Arizona (except for Navajo reservations), American Samoa, the U.S. Virgin Islands, Hawaii, Guam, the Northern Marianas, and Puerto Rico does not recognize Daylight saving time (DST). Their clocks remain precisely the same. Arizona will transition from the Mountain Time Zone to the Pacific Time Zone. The popularity of time-shift varies around the world.

The annual change affects the majority of North America, Europe, New Zealand, and a few Middle Eastern regions, albeit each has its start and finish dates. The majority of Asia and Africa, on the other hand, do not alter their clocks. South America and Australia have opposing viewpoints on the subject. However, Europe’s participation may soon change. The European Union voted in 2019 to repeal the required time shift, which traditionally took place between March and October. But the plan seems to be suspended for the time being.

Daylight saving time was introduced to make the most of the limited daylight hours available. Many people credit Benjamin Franklin for establishing daylight saving time, according to a scathing letter he wrote for the Journal de Paris in 1784. In the letter, he emphasized his shock at seeing the sun rising at six a.m., far before most Parisians had seen the light of day. He advocated that DST would give people more hours for leisure in the evening during the warm months. In the 19th and early 20th centuries, farmers worked from sunup to sundown regardless of what the clocks said.

World War I and II drove the earliest attempts at DST. Daylight-saving time was referred to as “War Time.” It was an attempt at marshaling resources for the war effort. Time-shift is a highly efficient way to force the civilian population to ration products and consume less.

Are there benefits to daylight saving time?

Arguments in favor of DST typically focus on the boost to nighttime activities that the time change provides. Instead of sitting on the couch when it’s light outside after work, people prefer to go out and play sports, go for walks, or take their children to the playground. Many outdoor businesses have even advocated for DST, claiming that it increases earnings. According to the fuel industry, people drive more if it is still light after work or school.

However, many people find the time change inconvenient, resulting in sleepy residents and missed meetings. There could be much more severe consequences. According to some research, springing forward causes an increase in heart attacks, while falling back causes a minor decrease. Other studies have linked the time change to an increase in fatal car accidents. However, the effect is small compared to the total number of crashes each year. Other issues include the immune system’s influence due to the inevitability of sleep loss.

Furthermore, many researchers have questioned whether any energy savings have ever occurred. According to a 2008 research by the U.S. Department of Energy, an extra four weeks of daylight-saving time saved around 0.5 percent in total electricity each day in the U.S. Others, however, believe that DST has unprovable benefits. Although the later daylight hours lower electricity use during this season, they also encourage more intensive air cooling use in the evenings or higher energy demands for the dark mornings.

Even so, those effects may be location-specific. At the same time, the research found that daylight saving time increased energy consumption and pollution emissions in Indiana. Another study discovered that DST resulted in small energy savings in Norway and Sweden.

Beyond the standard cost-benefit analysis associated with DST, the argument has started to run deeper. Foes of the practice claim that it’s not only annoying, but changing the clocks is unhealthy, an economic menace, and should either be abandoned or should go into effect year-round.

A survey found that about 80% of the 4.6 million people polled opposed daylight saving time, leading to Europe’s impending abandonment of the annual adjustment. Some American states are also beginning to push for changes. A poll from The Associated Press-NORC Center for Public Affairs Research conducted in October 2021 found that only 25% of Americans preferred to switch back and forth between standard and daylight saving times. However, 43% of survey respondents said they wanted to see standard time (the hours observed roughly for most of November into March) the time for the entire year. Meanwhile, 32% said they would prefer daylight saving time, which most of the U.S. switched to on Sunday at 2 a.m. local time, to be used all year.

“I believe most American people would prefer to end the back-and-forth time shift,” Rubio stated. “But beyond that, I think their preference is – certainly at least based on today’s vote, and what we’ve heard – is to make daylight saving time permanent.”

“I’m hoping that this will go over to the House of Representatives after today, and they’ll act quickly on it,” Rubio said. “I know this is not the most important issue confronting America, but it’s one of those issues where there’s a lot of agreement. I think many people wonder why it took so long to get here.”

Will this be the last time we change the clocks in the US?

DST is not popular among many Americans. The Senate Tuesday unanimously passed the Sunshine Protection Act, which would permanently extend daylight saving time (DST) from eight months of the year to the full 12 months. The bill was first introduced in January 2021 and reintroduced by Sen. Marco Rubio, R-Florida, and seven other bipartisan members of Congress last March.

Rubio on Tuesday targeted the “ritual of changing the clock back and forth and the disruption that comes with it. One has to ask themselves after a while, “Why do we keep doing it? Why are we doing this?” he said.

The bill would make daylight saving time permanent across the U.S. in 2023. Rep. Vern Buchanan, R-Florida, who introduced the House bill last year, told USA TODAY Tuesday he would send a letter to House Speaker Nancy Pelosi, D-California, asking for immediate consideration of the bill.

“There are enormous health and economic benefits to making daylight saving time permanent,” Buchanan said. “Florida and 17 other states have already moved to adopt (DST) year-round but cannot do so without congressional approval. It was time to end the archaic practice of changing our clocks twice a year.”