This new drone tech has the potential to transform global freight. 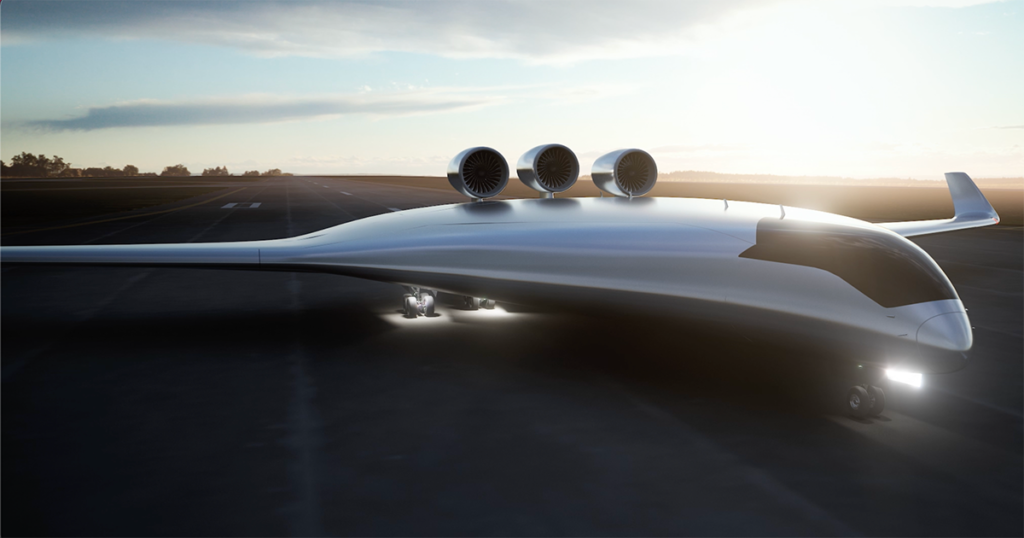 Last year the world witnessed how fragile the global supply chain was when a single ship blocked the Suez Canal. Lloyd’s List, one of the world’s oldest journals, estimated that the value of the goods delayed amounted to $400 million an hour during the blockage. Every day it took to clear the obstruction, it would cost an additional $9 billion worth of goods. The Suez Canal was blocked for six days. This was just one incident in a world that is becoming increasingly complicated to deliver on logistical expectations.

Many of the world’s logistics are very dependent on shipping which can be slow, and truck drivers can meet with delays trying to cross international borders.

In Europe, some trucks bringing goods from the EU to the UK have been stuck at the border for as long as four days due to ‘Brexit red tape.’ Pressures due to increased paperwork and huge queues are having a mental health toll on many lorry drivers, ‘causing some to drink excessively and others to quit their job.’

Never has there been a greater demand and need for air freight providers. Natilus, a San Diego-based start-up founded in 2016, plans to address this demand by selling ‘autonomous cargo drones as big as a Boeing 747 … with a blended design that can fit 60 percent more cargo than existing freight aircraft. Not only does Natilus offer to sell customers drones bigger than existing freight aircraft, it claims that they could cut costs by up to 60 percent, and their drones also have ’50 percent fewer carbon emissions than other freight aircraft.

They have recently announced that they have $6 billion worth of pre-orders for over 440 aircrafts.

The drones purchased by these customers will be ‘made for autonomous flight, they’ll initially operate with oversight from remote pilots until regulations allow for full autonomy.’

Aleksey Matyushev, CEO of Natilus, pointed out in a press release that ‘moving freight by sea is 13 times cheaper than moving it by air, but takes 50 times as long. Companies hurt by the Suez Canal delays last year will be able to relate to Matyushev’s comments that moving freight by sea comes at the cost of time, and in logistics, time is money.

Matyushev, CEO of Natilus, hopes to revolutionize air freight by making it possible for air freight suppliers using his drone technology to be able to reduce air freight costs by as much as 60 percent, making it more substantially competitive.

Natilius have enhanced their drone efficiency by not following conventional passenger and cargo place ‘tube and wing’ design.  Tube and wing design is when ‘passengers or cargo ride in a hollow tube (called the fuselage), and the attached wings are what generate lift and allow the plane to fly’.

Instead, the company has looked at how other aircraft have been developed by NASA and for military purposes. Natilius are implementing a blended wing body design into their drones.  The blended wing and body design, is a design that ‘merges the wings and the fuselage, meaning the body is much wider and flatter than that of traditional passenger planes.’

Because the company is designing drones, it doesn’t have to plan for the comfort of passengers or pilots. The aircraft is mostly going to be moving things in rectangular pallets.  Therefore ‘the interior of the aircraft can have a rectangular cross section, utilizing far more of the available volume.’

From the outside, the drone appearance will look ‘like an airborne version of a manta ray‘.  Also the company claims that ‘The plane’s exterior shape is also more aerodynamic, which will allow it to go faster while burning less fuel.‘

There will be more news to follow about Natilus when according to their CEO, they plan to launch its ‘first flight of a full-scale prototype to take place in 2023′.