A record-breaking speed record was set on June 29 when the Earth was spinning faster than it ever had before, beating a previous record set in 2020 by 0.1298 milliseconds. Should we be concerned when Earth's time is a little off? 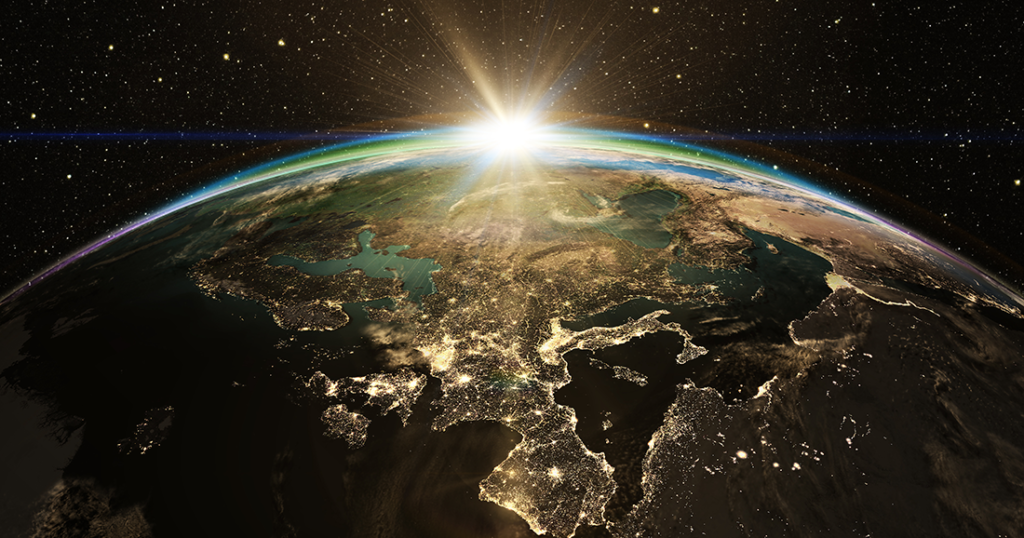 These rotation times were quicker than a former record when the Earth’s rotation took 1.4602 milliseconds short of 24 hours on July 19, 2020.

Most people understand that the time it takes the Earth to rotate around its axis is very close to 24 hours. It does this so reliably that we have been able to set our time and many other things such as GPS from it. Earth’s mass is 6.6 sextillion tons, so a giant heavy planet shaving off milliseconds from the time it takes to rotate full circle is quite impressive. Milliseconds are small measures of time that any 100-meter sprinter athlete would be proud to shave off their personal best, but how significant are millisecond reductions to Earth’s rotation time?

Even though the Earth may be spinning as fast as it ever will, Jamie Carter writing for Forbes, thinks the Earth will have to slow down at some point.

Who is responsible for keeping track of time on Earth?

Have you ever wondered who is responsible for keeping track of time on Earth?

Keeping track of time on Earth is the responsibility of the IERS. Different parts of the IERS are operated in the US, Europe, and Australia.

Some parts of the IERS are run by The United States Naval Observatory, which is home to the Sub-bureau for Rapid Service and Predictions of Earth Orientation Parameters of the IERS, which keeps an eye on how the Earth turns.

The IERS oversees bureaus such as

The IERS is in charge of announcing leap seconds and keeping an eye on how the Earth turns. Part of its mission is to figure out a time scale based on how fast the Earth is spinning at the moment.

What can go wrong when IERS’s timing of Earth is off?

Quite a bit can go wrong if a technology that depends on GPS cannot match geolocation to time.

If the Earth spins faster, it gets to the same place a little bit sooner. At the equator, a half-millisecond is equal to 10 inches or 26 cm.

In short, GPS satellites will soon stop working, which already have to be fixed to account for Einstein’s theory of general relativity (the curve of space and time).

There could also be problems with smartphones, computers, and other communication systems that sync with Network Time Protocol (NTP) servers.

The Earth is spinning faster all of a sudden

In case you missed it was recorded on TimeAndDate.com on Wednesday, June 29, that it took the Earth 1.59 milliseconds less than 24 hours to go around its axis once. Carter analyzes why this is significant and what it means.

June 29, 2022, was the shortest day that has ever been recorded on the record.

Time is not straightforward. It’s widely accepted that the Earth spins around its axis once every 24 hours. However, you have to make allowances for the so-called “leap seconds.” which were invented by the IERS.

How does a leap second work?

Coordinated Universal Time (UTC) is kept in sync with astronomical time by adding a second at certain times. This is called a “leap second.” UTC is a time scale that is based on how well atomic clocks work, which is more stable than the rate at which the Earth spins.

Until a few years ago, scientists thought that the Earth’s rotation was slowing down because atomic clocks had been measuring it over and over since 1973.

The International Earth Rotation and Reference Systems Service (IERS) had even added leap seconds every so often to make up for the slower spin (it last happened on December 31, 2016).

It has become a serious scientific question what would happen if the Moon were to leave Earth’s orbit? Scientists have observed that the Moon drifts away from the Earth every year. Carter states that over a more extended period, the Earth’s rotation may still be slowing down in general. Carter also says that the Moon is slowly making the Earth spin slower.

Our shortest days are now longer than the longest days in previous years.

Atomic clocks have shown in the last few years that the Earth is now spinning faster.

Carter states days could be getting shorter for the next 50 years. In 2020, scientists kept track of the 28 days, which were the shortest since 1960.

How to fix tech that depends on time?

GPS satellites use atomic clocks, which don’t take into account how the Earth’s rotation is getting faster.

To fix this, Carter thinks international clocks might need to add a “drop second,” which is a negative leap second.

Changes in time, as well as the Earth’s magnetic field, show us that our technological advancements are at the mercy of astronomical forces. Time itself, the time it takes for the Earth to turn full circle, can even determine our future.