The Rare Earth hypothesis predicts that intelligent life on other planets is highly improbable because it requires the incredible amalgamation of geological, astrophysical, and other circumstances. 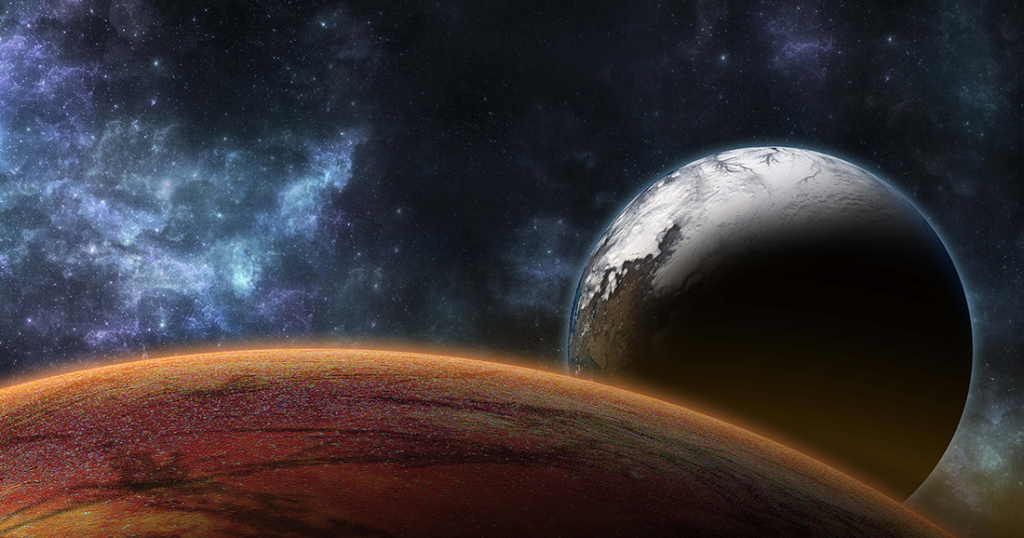 Researchers Peter Ward and Donald Brownlee recently explained to Astronomy.com why they believe life on other planets is likely to be extremely rare. The Rare Earth hypothesis they promote is that Earth is a unique planet in the universe and that the conditions that support life on Earth are very rare.

They first proposed their hypothesis in the book Rare Earth: Why Complex Life is Uncommon in the universe, by Peter Ward and Donald Brownlee, published January 14th, 2000.

The hypothesis, which centers around the uniqueness of Earth and it is unlikely that we will find intelligent life anywhere else, has been controversial, with some scientists arguing that it is too pessimistic.

In The Rare Earth hypothesis, they argue that several factors make Earth unique, including its distance from the sun, size, composition, and gravity. Life on Earth would not be possible if any of these factors were different.

In the interview with Astronomy.com, they stated that the Earth is the only solar object with active plate tectonics, to the best of our knowledge. Many other aspects of Earth’s life-supporting environment have not been found anywhere else in the cosmos.

A bleak outlook for people who hope to discover aliens

The authors’ hypothesis gives a bleak outlook for people hoping to discover aliens. The theory has been used to explain why there has not been any contact with extraterrestrial life.

According to the Fermi paradox, there is a discrepancy between various high estimates of the existence of extraterrestrial life and the lack of clear, unmistakable evidence.

In an attempt to explain the Fermi paradox, several theories have been put forward, including the idea that intelligent extraterrestrials are extremely rare, their civilizations are short-lived, or they exist, but humans are unable to detect them. This suggests that even if many intelligent civilizations developed during the universe’s life, they would unlikely meet at universe time and space scales.

The authors of Rare Earth hypothesis hope to be proved wrong

This hypothesis has been criticized because it is based on several assumptions and does not consider the possibility of alternative forms of life.

It’s important to remember that the Rare Earth hypothesis only talks about how complex life started. Ward and Brownlee think simple life, like bacteria, is common in the universe. After all, microbes and tardigrades live in even the harshest places on Earth. But Ward and Brownlee think that complex life, like animals and people, is extremely rare.

Brownlee thinks that if you find life somewhere else, it’s likely to be microbial. Microbial life forms can survive extreme conditions on planets that more complex life forms can’t.

Even while Ward and Brownlee don’t think intelligent life is widespread in the cosmos, it doesn’t imply they don’t want it discovered.

They are excited to get data from cutting-edge observatories like the James Webb Space Telescope (JWST) that will help them better understand the atmospheres of exoplanets.

For now, the authors of the hypotehsis are correct

While critics may argue that the author’s view in specific parts of their book is incorrect, such as the author’s assertion that Jupiter is required to keep the inner solar system relatively free of dangerous debris. Critics argue planets such as Jupiter could increase the frequency of planetary impacts. Overall, the authors are right about the rare conditions for supporting life on Earth. No one has proved them wrong!

The Rare Earth hypothesis remains a controversial idea, but it has sparked a great deal of scientific debate and research into the possibility of life on other planets.