Elon Musk buys a 9.2 percent share in Twitter a week after disclosing his plans to shake up the social media industry. 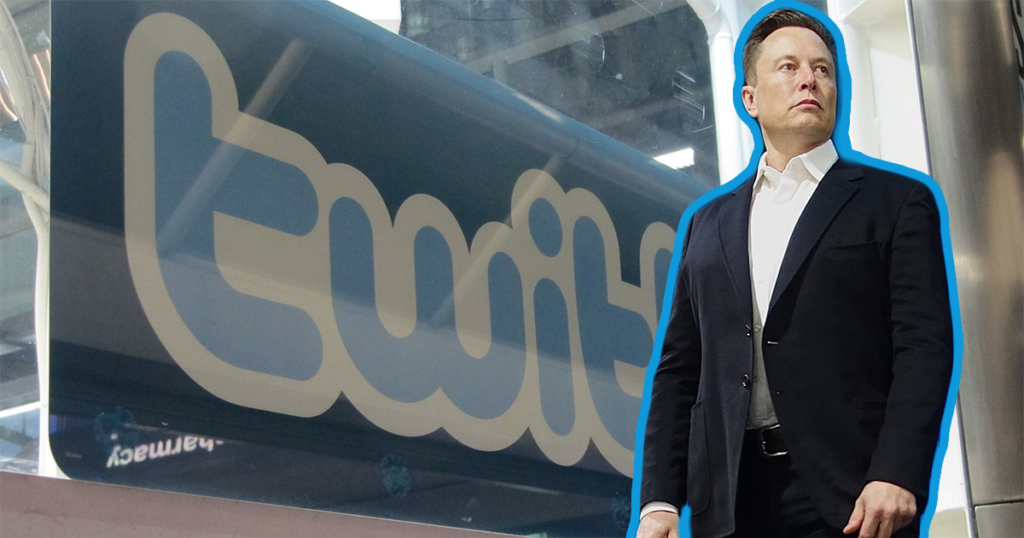 Tesla CEO Elon Musk has acquired a 9.2 percent share (approximately 73.5 million shares) on the social media platform, Twitter Inc to become its biggest shareholder. The move to buy Twitter shares comes after Musk revealed that he would shake up the social media industry.

Following the regulatory news on Monday of Musk’s purchase of shares in Twitter, the stock of the micro-blogging platform jumped roughly 26% in pre-market trading – the most since 2018. the share is worth around $2.89 billion at the closing of the market on Friday.

But in recent weeks, the 50-year old entrepreneur has raised his worries on Twitter about free speech. According to one of his tweets, “Freedom of speech is a necessity to a functioning democracy. Do you think Twitter rigorously sticks to this principle?” ~ Elon Musk (@elonmusk) March 25, 2022.

He polled his over 80 million Twitter followers, asking if the social media platform complies to free speech values. After more than 70% of his followers said no, he inquired if a new platform was necessary and stated that he was seriously considering launching his own.  Industry observers doubt the unpredictable CEO will be able to avoid the limelight for long.

Musk has been one of the most well-known Twitter users. He frequently uses the platform to conduct polls or make important announcements and has a history of causing difficulties on it. Tesla Inc. Elon Musk is attempting to withdraw from a 2018 deal with the Securities and Exchange Commission (SEC) that limited his ability to tweet about Tesla, the electric vehicle company.

Given this, the entrepreneur now owning a significant portion of Twitter stock is an intriguing development. Musk’s Twitter ownership is categorized as a passive investment. He is a long-term investor who prefers to keep buying and selling to the minimum.

Musk posted a mysterious meme after Twitter announced that Agrawal would succeed Dorsey as CEO in December. He portrayed Agrawal as Soviet dictator Joseph Stalin and Dorsey as Soviet secret police leader Nikolai Yezhov, being pushed into the water.

In a research note, Wedbush analyst Dan Ives wrote, “It looks like Elon has his eyes on Twitter,” adding that the stake might lead to a “more aggressive ownership involvement.”

The unveiling will be another key test for new Twitter CEO Parag Agrawal, who took over from Jack Dorsey after his abrupt resignation in November.

While Twitter has been steadily growing in popularity for years, its stock has trailed behind its counterparts in the industry. Agrawal promised to boost accountability, improve product execution, and make speedier decisions. Hence, he has set aggressive growth and user growth goals to convince skeptical investors that it was serious about expanding its business. These include growing annual revenue to $7.5 billion and attaining 315 million daily users by 2023.

What’s Musk planning to do?

At the moment, it’s unclear what Musk is planning to do with his stake in Twitter. According to the SEC filing, the incident that prompted the disclosure occurred on March 14. The type of form utilized frequently suggests that the investor isn’t looking to take over a firm or control who manages it.

What should we expect from Elon Musk?

Elon Musk’s 9.2 percent stake in Twitter is “only the beginning,” according to Dan Ives, an analyst at Wedbush Securities. He is anticipated to take an active interest in Twitter in the future, according to CNBC, in an attempt to transform the company, or it might eventually lead to a purchase.

According to Forbes ‘ Real-Time billionaire list, that’s just an insignificant part of Musk’s fortune – the world’s richest person. He’s worth $287 billion, and Twitter was valued at roughly $32 billion as of Friday night’s closure.

Musk is already the world’s richest person. “He has profited approximately $1.1 billion since mid-March, based on a rise in Twitter’s stock in early trading Monday,” says the Bloomberg Billionaires Index

Here are the first reactions

Why does this annoy people? If he’s going to improve twitter Ts and Cs when it comes to which content is allowed etc isn’t that a good thing? There was a point last year where even things that were shown to be true were deemed misinformation and could get you banned. That needs fixed ~ Lynchy (@AzLynchy) April 4, 2022

This is massive. Hopefully, @elonmusk addresses the corrupt censorship policies ASAP! This is called putting your money where your mouth is ~ Let’s Go Brandon NFT (@LGBNFT_Official) April 4, 2022

Feature image credit: Twitter advert by Howard Lake under CC BY-SA 2.0 and Elon Musk by Steve Jurvetson under CC BY 2.0