Amid multiple investigations into Tesla and its co-founder and CEO, Elon Musk announces plans for a 'hardcore litigation department.' 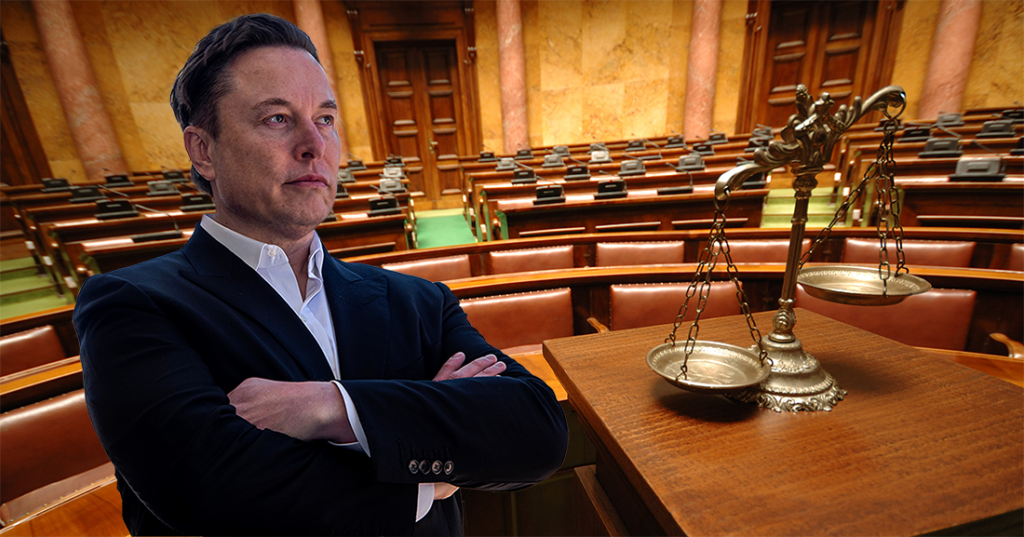 Meanwhile, the billionaire earlier on 20th, Friday afternoon announced via a tweet,

Tesla is building a hardcore litigation department where we directly initiate & execute lawsuits. The team will report directly to me.

What could be Elon Musk’s reason for lawyering Up?

The meaning of the post at first eluded Emma Schwartz, who was the firm director. The obvious answer was that it was a response to an article published by Businessinsider that claims a SpaceX flight attendant got $250,000 as compensation for sexual harassment/proposition made by Elon Musk in 2018.

However, that was about SpaceX, but the ending of his tweet says he wanted to initiate a litigation department at Tesla. At this point, it’s unclear what’s really going on with the billionaire. Is there any potential regulatory action in sight?

The documentary released by Hulu also highlighted, in its closing credits, that the US National Highway Traffic Safety Administration has two ongoing investigations into Tesla’s driver-assistance system Autopilot.

While that’s the case, it seems like the clouds can only become darker for the billionaire as he and his brother Kimbal Musk, a Tesla board member, are under probe by the Securities and Exchange Commission regarding overstock sales. Apparently, they’re being investigated after allegedly violating insider-trading rules when both sold shares during the ember months of last year.

Other looming cases for Tesla

The SEC also issued a subpoena to Tesla regarding some of his activities on Twitter, notably when he posted about taking the Tesla Company private. Also, the company (Tesla) has previously fought back against a discrimination probe conducted by the U.S. Civil Rights Agency at the same time which the company battles allegations of racism at its California car factory.

Evidently, there are pretty much several cases that could make the billionaire lawyer up, so we can’t conclude that it only has to do with the clash of the safety of autopilot and the self-driving mechanism of Tesla cars.

However, if indeed Elon Musk’s lawyering up has to do with the autopilot issues of Tesla vehicles, Tesla vehicles, then we can claim that the self-driving features that the company has been selling for years have failed to live up to its name and promises from Musk. More so, we will have more reason to debunk a series of Musk’s Twitter posts that claims that there are numerous political attacks aimed at him.

Previous events coming back to hunt the Tesla CEO

A notable scene in Swartz’s documentary is when Robert Sumwalt, former National Transportation Safety Board Chairman, and Bryan Thomas, former NHTSA spokesman, talked about what happened when their agencies notified Tesla about the ongoing investigation into two fatal crashes involving the auto-pilot features of its vehicle.

Thomas recalls how Elon Musk started yelling at the NHTSA’s general counsel, claiming they were singling out Tesla and threatening that the company would sue. Similarly, he also got into an argument with the NTSB before hanging up on the NTSB chief.

Although both incidents had earlier been reported and aired on multiple news media, the issue being brought up again in the documentary does raise a stir. Tesla is also starting to feel the consequences in its stock price. To that effect, the S&P Dow Jones removed the company from the ESG version of the S&P 500 following its (Re)Balancing Act.

According to Emma Schwartz, it is challenging to cover former Tesla Employees on camera, possibly because of Musk’s influence and litigiousness. However, she did take advantage of many free speeches and talk shows about Tesla granted by Musk over the years; what seemed to be promotional meetings about Tesla solving self-driving has now become the basis of emphasizing the limitations of its autopilot system.