Musk started SpaceX with a windfall payment and big dreams 20 years ago. 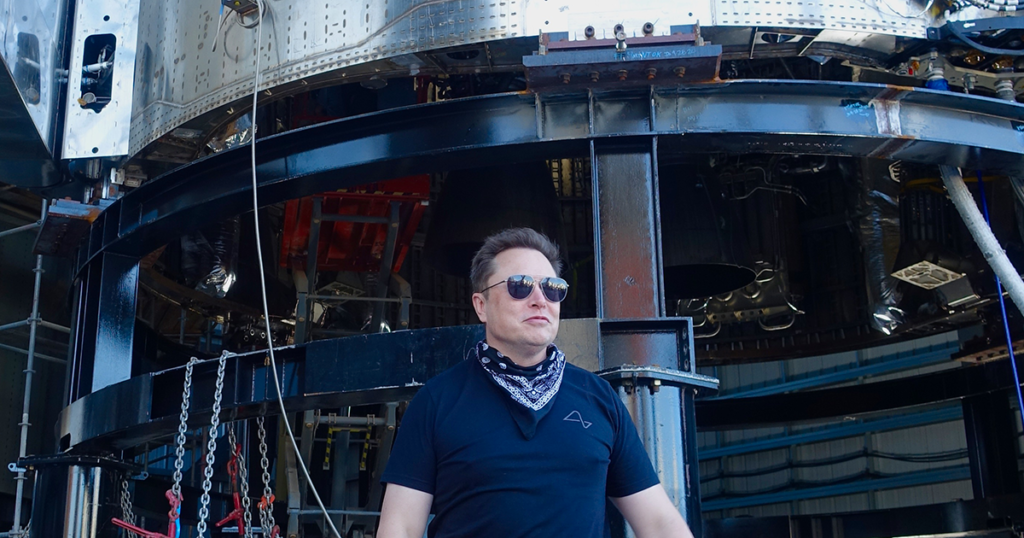 What would you do if you got a windfall of $165 million? Few people would say invest the money in creating a space company. This is exactly what Elon Musk did when he received a windfall payment of $165 million when PayPal, the company he co-founded, was sold to eBay in 2002.

According to the Guardian, Musk had already started seriously thinking about spaceflight in 2001, driven by a desire to send a rocket to Mars. The dream started to become a reality when Musk founded SpaceX in March 2002.

Musk was even able to inspire other early SpaceX investors, by showing a calculation on a back-of-an-envelope that the cost of space orbit ‘could be slashed tenfold‘.

Musk’s position as CEO of SpaceX has put him at the forefront of some interesting situations.

Musk loves pushing technology to its limits inspired actor Robert Downey Jr to turn to Musk for ideas for getting into character as Tony Stark for the 2008 film Iron Man.

It seems not only has Musk inspired Marvel, but Marvel has also inspired Musk and SpaceX.  The 2017 SpaceX space suits were designed by costume designer Jose Fernandez, who has created outfits for Marvel Films such as Wonder Woman, Wolverine, Batman vs. Superman, and Captain America: Civil War.

In introducing a new Marvel inspired look for Space Suits, SpaceX were able to develop a spacesuit that balanced aesthetics with function and was thinner than previous spacesuits.  Musk reassured his Instagram followers that “It definitely works. You can just jump in a vacuum chamber with it, and it’s fine.”

Musk who has used SpaceX to provide the much-needed Starlink broadband infrastructure to Ukraine, is believed by many to be a hero.  Musk certainly tries to live up to his Iron Man hero image, recently making news for himself posting a Tweet challenging Putin to single combat.

Musk should perhaps listen to the advice of the Chechen warlord Kadyrov who has cautioned Musk against seeking out a challenge with the Russian president.  Who told Musk “Vladimir Vladimirovich (Mr Putin’s middle name) will look unsportsmanlike when he beats the hell out of you, a much weaker opponent.  Therefore you’ll need to pump up those muscles in order to change from the gentle (effeminate) Elona into the brutal Elon you need to be. I propose training at one of several centres in the Chechen Republic,”

In a jest response, Musk owner of SpaceX has now changed his Twitter account name from Elon to Elona.  Other social media fans of Musk’s have started a hashtag #PutinToJupiter

Musk has always tried to live up to the reputation of a philanthropic Marvel tech hero.  In 2018 Musk offered up the help of engineers from SpaceX and the Boring Company and a daring plan to use a special submarine, ‘After 12 young soccer players became trapped in a cave in Thailand‘

Musk’s Marvel hero flare as founder of SpaceX continues in 2022 with him prioritising SpaceX’s resources into humanitarian efforts to strengthen cyber security and keep Starlink’s broadband infrastructure in place in the Ukraine.

For anyone who hasn’t been following what SpaceX has been doing over the last 20 years, below are eight summary points of what SpaceX has achieved that Elizabeth Howell writer for Space.com explores in greater depth in her article ‘8 ways that SpaceX has transformed spaceflight‘.

SpaceX focuses on providing reusability of rockets to make the prospect of settlement on Mars more economically feasible.

SpaceX which may be replacing some Russian services to the International Space Station the ISS, Crew Dragon ship is the only option for NASA astronauts (or space tourists) to leave for orbital space from American soil.

SpaceX’s marketing efforts for space tourism also extend to the dearMoon project, for which Japanese billionaire Yusaku Maezawa is seeking eight crew members to join him on a trip around the moon using SpaceX’s Starship spacecraft.

Elizabeth Howell writes that SpaceX picks flashy opportunities to test its spacesuit in space. ‘One flew with Starman on the Falcon Heavy rocket in 2018, and another was used on the dummy Ripley that flew aboard the uncrewed SpaceX Crew Dragon Demo-1 test flight to the ISS in 2019.’

SpaceX has designed sleek controls for Crew Dragon, which features touchscreens instead of dials and switches.’

The SpaceX website states ‘The Dragon spacecraft is capable of carrying up to 7 passengers to and from Earth orbit, and beyond. It is the only spacecraft currently flying that is capable of returning significant amounts of cargo to Earth, and is the first private spacecraft to take humans to the space station.’

‘Numerous space companies today run their own spaceflight broadcasts, but SpaceX’s tend to stand out.’

Space exploration is no longer just about governments and corporations such as NASA, Boeing, and Lockheed Martin. Billionaire personalities have come to the fore in the news. Elon Musk and billionaire SpaceX co-founder Jared Isaacman compete with other billionaires in the space industry such as Jeff Bezos Richard Branson.

Musk’s larger than life character with a dream of setting up colonies on Mars and a impressive track record of getting things done in the space industry at a fraction of the cost of NASA and traditional NASA contractors, has made people believe in the possibilities of space exploration again. Many people admire his entrepreneurialism and drive.

If anyone can give people hope for the future or setting up human colonies on Mars it would certainly be Musk.

Feature image credit: Elon & the Starships by Steve Jurvetson under CC BY 2.0