Is Elon Musk’s Plan to Colonize Mars With 1 Million People by 2050 Pure Fantasy?

When Musk speaks, the world listens. Why do some experts think that his plans for Mars are delusional? 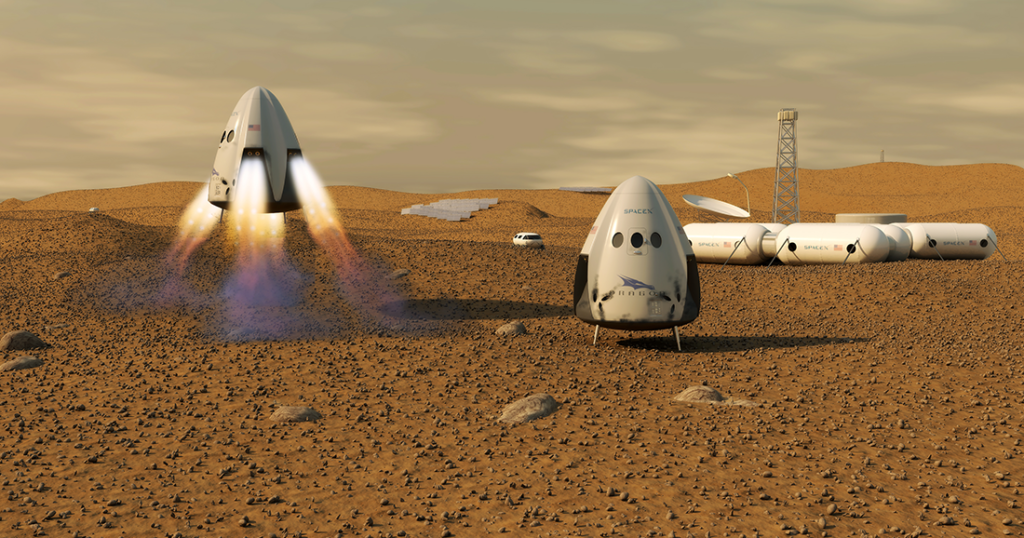 George Dvorsky describes Elon Musk’s plan to send a million colonists to Mars by 2050 as pure delusion. Dvorsky sarcastically suggests that there is more to colonizing Mars than cramming a bunch of people into plus-sized rockets.

Dvorsky decided to write his opinion piece about Musk after Musk had an interview in April 2022 with TED organizer Chris Anderson. In the interview, Musk reiterated his ambition of transporting one million people to Mars by 2050.

In the interview with Anderson, Musk described a tremendous Battlestar Galactica-style attempt to deliver thousands of colonists to Mars using a thousand SpaceX Starship rockets. Musk’s interview was consistent with a series of tweets he sent in 2020, in which Musk has outlined a 10-year plan to build 100 Starships per year.

For Musk, one million people isn’t simply a target or a prediction; it’s a need for establishing a colony on Mars. Musk’s aspirations to send a million colonists to Mars have been met with skepticism.

What’s wrong with Musk’s aspiration to send a million people to Mars?

This article ponders whether Dvorsky is right to criticize Musk?

Scientists have calculated the probability of an extinction-level asteroid event like the one that wipes out the dinosaurs happening once in every 100 million years. There are many things that could wipe humanity out of our planet, such as climate change and nuclear war.

Politicians bicker, wars are waged, and people fail to switch to green energy solutions. Space agencies delay implementing asteroid defense systems. Humanity is on a path to extinction, and it looks like Musk is one of the few rich, influential people trying to do something about it. At the same time, other billionaires would have us avoid reality and spend our lives in the Metaverse.

We all have aspirations; why are Musk’s different?

Nothing is wrong with having a little ambition. Many of us make promises to ourselves to lose weight, get fit, read more, and try and get a better job. Musk states that it is his ambition to put a million people on Mars, and apparently, that is an issue for Dvorsky.

According to Dvorsky, when Musk shares an aspiration, it matters. Dvorsky suggests Musk is peddling a misleading image of humanity’s short-term potential. At the individual level, this has ramifications, as many of Musk’s admirers and followers take him at his word. Dvorsky thinks that the world’s wealthiest man must begin to take this obligation far more seriously than he now does.

It is apparently critical to know the truth about our future. However, one could consider that humanity’s future is doomed without pioneers like Musk.

Should humanity limit its aspirations to only solving problems on Earth?

Sohm, who is perplexed by the whole situation, is quoted by Dvorsky. What is the aim of attempting to colonize Mars with a million people? The Earth is in a planetary crisis. She believes we have a moral obligation to spend our time, effort, and money trying to solve the problem for all of the world’s 7 billion people. Sohm is critical of Musk’s strategy of moving a select number of wealthy individuals from Earth to a new planet to start a new life.

Dvorsky’s piece suggests Musk is overlooking a long list of other obstacles that other experts, such as Serkan Saydam (a mining engineering professor at the University of New South Wales in Australia), think need to be overcome before settlement on Mars is possible.

Saydam believes humans require a better geological and geotechnical understanding of Mars, as well as the establishment of a reliable power supply, the creation of markets to support the supply chain, the reduction of risks for businesses and other stakeholders, the development of legal standards and ethical guidelines for the settlement of new land, and the safeguarding of space for peaceful endeavors.

Precisely what do these experts know compared to Musk?

These expert academics don’t run a successful rocket company; they haven’t successfully launched thousands of satellites in the sky, or bid on NASA contracts. Who are they to judge Musk on his ambitions about space and colonizing Mars?

It is evident to most scientists and NASA that altering Mars’ atmosphere so that air is breathable within a few decades is impossible. The mainstream view is that colonists will need to dwell in enclosed spaces with effective recycling technologies to extract carbon dioxide and generate oxygen to have habitable air. Another significant difficulty is providing water to a million people. Water can be created with hydrogen, oxygen, and a lot of energy, according to Sohm, but those elements aren’t plentiful on Mars. Can Musk and SpaceX overcome those obstacles? Probably not without a lot of investment and help.

An infrastructure capable of supporting a million Martians may be developed in the future. Still, Dvorsky thinks that Musk has an underlying assumption that such infrastructure will emerge spontaneously and quickly, and this, to Dvorsky, is a farce.

According to Olsen, colonizing Mars will be a fundamentally challenging project. Governments and the public are unwilling to risk the lives of astronauts. The urge to do it fast “increases the risk.”

Jill Sohm, director of the University of Southern California’s Environment Studies Program, sees the situation in basic human needs. We can live a few minutes without breathing, a few days without drinking, and a few weeks without eating. Oxygen, water, and food are the basic needs; without these, we wouldn’t be able to survive, much less prosper.

To feed a population of that magnitude that Musk hopes will colonize Mars, Sohm thinks 580 square miles (1,500 square kilometers) of agricultural crop area would be required.

Dvorsky thinks that the timescale Musk proposes is absurd

Dvorsky states someone is not only incorrect; someone is catastrophically wrong, and Dvorksy writes that person is Elon Musk. Dvorsky suggests it’s as if Musk and NASA exist in parallel universes. It’s not like the truth is someplace in the middle.

What does a mining specialist think about Musk’s plan?

Saydam, experienced in mining, knows that to begin with, colonists will require new technology to extract resources locally, as transferring these minerals from Earth would be “very dangerous,” “highly expensive,” and “just not viable,” according to him. The majority of the essential materials will have to be sourced and extracted on Mars and maybe from nearby asteroids and systems for processing raw materials and manufacturing facilities. These operations will require human labor, which will necessitate the use of water and food.

According to Saydam, the technology must produce more energy and materials than is required for basic living on Mars. These components will also need to be preserved for future use in the colony. Even our terrestrial mining systems are not totally autonomous yet, adding that robots will make these procedures more manageable.

Is it possible to create an environment to support humans on Mars?

Dvorsky quotes Kevin Olsen, a physicist at Oxford who works on data processing for the ExoMars Trace Gas Orbiter mission. Olsen believes that it is “fundamentally difficult” to establish a wholly contained environment in orbit. Air, water, and fuel will be gradually depleted over a long time; therefore, a colony must become a factory and create these things.

Unlike Mars, Earth has a powerful magnetic field that shields us from harmful ionizing radiation. Even our extended stays and radiation tests in space will not adequately prepare us for the perils of long-term exposure on a voyage to Mars and life on its surface.

In the interview with Anderson, Musk described an extensive network of subterranean tunnels to shelter Martian residents from deadly amounts of radiation. According to Dvorsky, migrants will be effectively be asked to live like moles, only appearing on the surface for brief periods.

Do people underestimate the brilliance of Musk?

It is perhaps the case that most people don’t get the brilliance of Musk, overstating what is possible. Musk sets high targets and delivers beyond anything anyone could imagine. He already has put NASA and its longstanding contractors to shame by creating cheaper reusable space rockets at a tenth of the price.

Musk is a person of great faith and determination and expects the same from his team. Who knows what people under the leadership of Musk, given the resources, could achieve by 2050?

To patronize Musk as not seeing the apparent hurdles may be condescending, considering what Musk has achieved to date and the time he has achieved it. If Musk doesn’t know the limitations, he expects that people in his team will do and that SpaceX can overcome the challenges with the investment required.

Musk is aware of the social challenges a migration to Mars will present. He hopes the people of Mars will be more enlightened and will not fight amongst themselves too much.

Maybe humanity, like Musk believes, needs more faith in what is possible, be more enlightened and fight less?