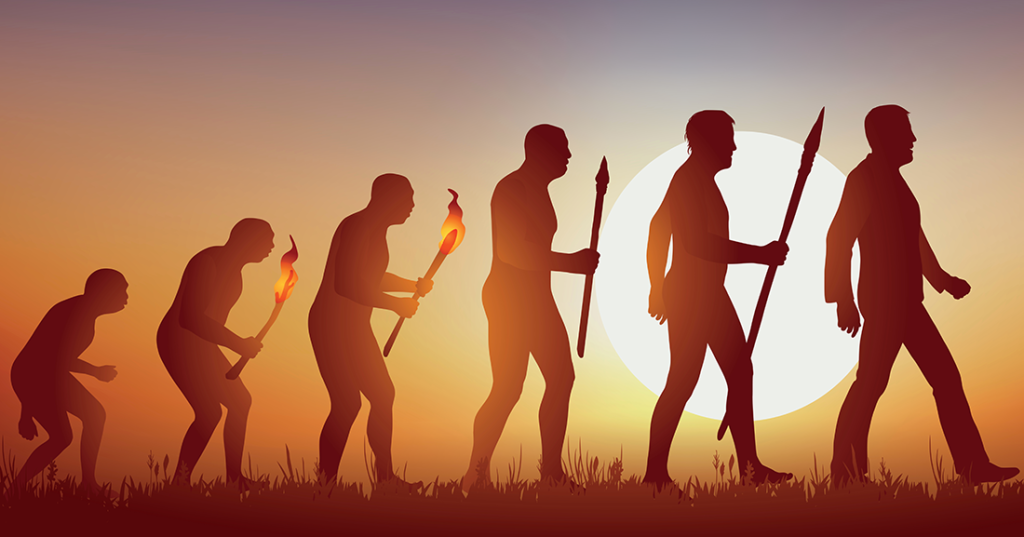 According to a recent study on climatic effects on human evolution, we have been able to unearth scientific proof that environmental changes have played a pivotal role in the evolution of Homo sapiens over the last two mega-annum (synonym of megayear: a period of 1 million years.).

The study involved an in-depth analysis of data from fossil remains and archeological artifacts, coupled with a simulation of Earth’s climatic shifts during the Pleistocene era. The researchers discovered that climate changes such as precipitation and temperature were linked to migration and settlement patterns of different hominin species, including the Homo sapiens. This research is key to understanding our history as studies of this kind have never been conducted before.

Problems faced by the unprecedented study

Axel Timmermann, who led the research, suggests that even though different races and tribes preferred different weather environmental conditions, all humans’ overall habitats and migration were affected by exposure to climatic changes in their environment.

Granted that, before now, there have been several debates concerning the level of impact climatic changes have had on human migration. This study adds more grounds to the belief that climate changes/shifts played a key role in human development and migration.

However, we must also emphasize that this fact is hard to prove without doubt; even though archaic humans have been discovered in fossil records, there’s not enough data on climate changes to ultimately justify the claims.

Max Planck at the Institute of Science of Human History in German, who wasn’t part of the study, commented on the findings, attributing the uncertainty to limited time frame data available for terrestrial records and habitat information.

To bypass the problem, the team used a computer simulation of environmental conditions across the globe for over two million years. They also added monumental climate shifts caused by Earth’s orbital movements to the simulation, considering Milankovitch cycles.

Unearthing insights to understanding our evolution

Up next was contrasting the result with data of hominin species presence in fossil records, spread over 3,000 geochronological constrained hominin fossils, including species like Homo erectus, H. heidelbergensis, and H. neanderthalensis.

According to the researchers, the findings give insights into the complex migration patterns of different hominin groups on Earth throughout the time frame. More so, there are suggestions that the migration pattern was largely affected by natural factors like food availability and climatic changes.

Research team leader Axel Timmermann says, “Our study documents that climate played a fundamental role in the evolution of our genus Homo.” He added that our evolution to this stage resulted from adaptations to previous climate shifts.

In an attempt to test the authenticity of the result, one of the researchers was able to link the extinction of H. heidelbergensis and the rise of H. sapiens to the climate stress experienced in southern Africa. Aside from climatic changes playing a role in human evolution, the findings also propose that it is impossible to explain human adaptation and evolution without incorporating the effects of climate changes in the ecosystem.

According to the researchers, transitory changes and the perpetual complexity of climatic events related to habitation must be fully understood before we can appreciate hominin evolution through the Pleistocene epoch.

What’s next on the cards for researchers?

Michael D. Petraglia says, “There is still much to learn about the evolutionary implications of climatic variability over the past 2 million years.”

We will require subsequent fieldwork and investigations to confirm such suggestions practically. More so, in-depth scrutiny of fossil records to unearth other signs of paleoenvironmental information. Findings from the research published in Nature is a credible start to an expected series of tests to determine how climatic and habitat changes played their respective role in the evolution of hominin species.