The findings of this recent study will convince you to turn off your night light and pull down the blinds while you sleep. 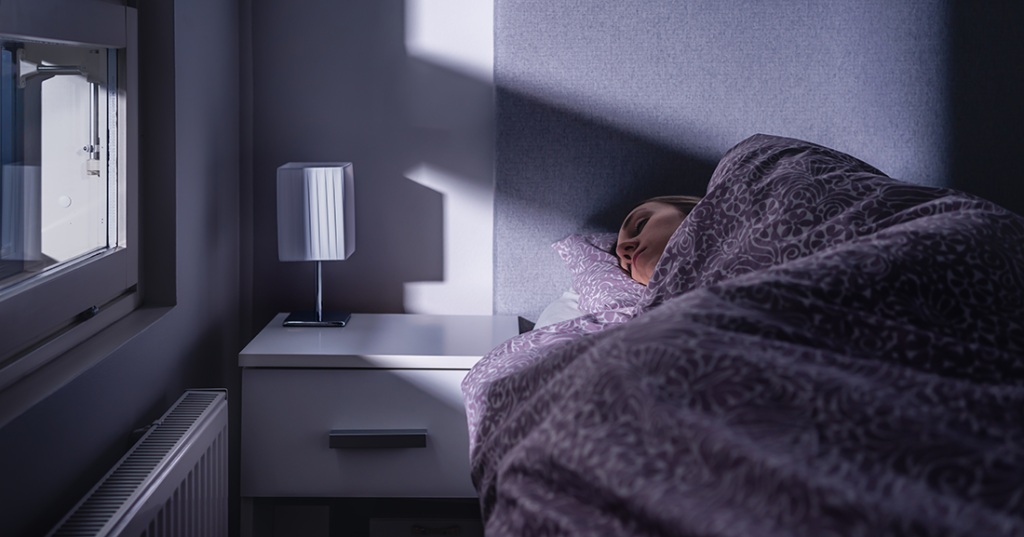 If you are trying to lose weight, make sure you draw the curtains and turn out all the lights, including the television, when you sleep. Scientists have explained that even dim light can disturb sleep, increasing the likelihood of significant health problems like obesity, hypertension, and diabetes.

The role of light in sleep for healthy adults was examined in a study conducted earlier this year by Phyllis Zee, chief of sleep medicine at Northwestern University Feinberg School of Medicine in Chicago, and her team. The study was published Wednesday, June 22, in the journal Sleep.

How the study was conducted

Dr. Minjee Kim, an assistant professor of neurology at Northwestern University Feinberg School of Medicine, stated that the new study focused on seniors who “are already at higher risk for diabetes and cardiovascular disease.”

“We want to know whether or not the frequency of these disorders differs based on the amount of light exposure at night,” Kim said.

The new study used a real-world situation as opposed to pulling participants into a sleep lab. Researchers focused mainly on older adults in their 60s, 70s, and 80s. They gave 552 men and women between the ages of 63 and 84 an actigraph, a small device worn like a wristwatch that measures sleep cycles, average movement, and light exposure.

Zee explained,” We’re looking to determine the amount of light the subjects are exposed to and then compare it to their sleep and wake pattern throughout 24 hours. We attached a sensor to the subjects’ body for easy and accurate measurement.” We have incredibly objective data using this strategy, which I believe makes our work unique and noteworthy.

What the scientists discovered

Zee explained that although participants slept with their eyes closed, the faint light nonetheless reached the eyelids and disturbed the sleep of older people. However, she claimed that even that meager amount of light reduced the amount of slow-wave and rapid eye movement sleep, which are the sleep phases during which most cellular renewal takes place.

Zee and her team said they were shocked to find that less than half of the men and women in the study consistently slept in darkness for at least five hours per day.

“More than 53% of the 552 participants had some kind of night-time lights in their rooms. In a secondary study, we discovered that those who experienced more night-time light had higher odds of developing diabetes, hypertension, or obesity,” Zee explained.

In addition, she stated that those who slept with more light were more likely to go to bed later and wake up later. Late sleepers are also more likely to develop cardiovascular and metabolic issues, as is well known.

Younger adults were not exempt

Zee and her team conducted another experiment with healthy adults in their 20s. During the sleep lab experiment, the researchers found the heart and blood sugar rate of the young people to increase after sleeping for just one night in a dim environment, such as in front of a TV with the sound off. Additionally, it reduced the amount of slow-wave and rapid eye movement sleep, which is essential for cellular regeneration.

Higher blood sugar levels are a symptom of insulin resistance, which can eventually result in type-2 diabetes. An elevated heart rate at night has also been proven in previous research to be a risk factor for future heart disease and early mortality.

What can you do?

To reduce light levels at night, ensure you position your bed away from windows or install light-blocking window shades. Avoid charging computers and mobile devices in your bedroom, where melatonin-altering blue light can cause sleep disruption. You can also try to use a sleep mask to protect your eyes if low light levels continue.

The higher prevalence of diabetes, obesity and hypertension in older men and women was linked to exposure to any amount of light during sleep. Senior author Zee made this declaration in an interview with CNN. She continued by saying that people should try to limit or avoid exposure to dim light when sleeping.

“If you must get up from bed at night, don’t turn on the lights if it’s not necessary,” Zee advised. “If you do, keep them as dim as possible and only leave the lights on briefly.” However, there are some considerations.

According to Zee, older adults frequently have to get up in the middle of the night to use the restroom owing to medical conditions or prescription side effects, so telling them to turn out all of the lights could put them at risk of falling. In that case, they might want to use nightlights that are low to the ground or opt for amber or red illumination. Compared to shorter wavelengths like blue light, this light spectrum has a longer wavelength and is less invasive and disruptive to our circadian rhythm or body clock.