Eye worms that live and breed inside your eyeballs! They are real and doctors don't really have a plan for how to handle them. 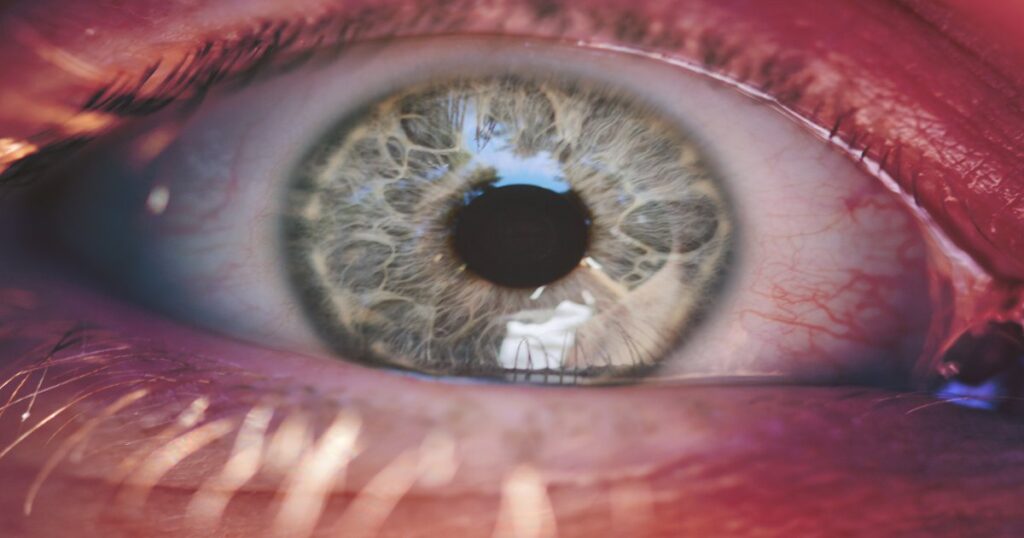 It was a pleasant morning in California in 2018. A 68-year old woman had escaped the harsh winter of Nebraska and had taken her yearly trip to a place called Carmel Valley. She was doing what she liked most, and that was trail running, not knowing she would end up with eye worms.

Only this day she rounded a corner and ran right into a swarm of flies. This was by no means out of the ordinary, but she later told doctors that this swarm was particularly annoying. The flies got in her mouth and eyes, she said, as she frantically tried to brush them away.

A month later and that woman complained that something was itching in her eyes. To her horror, she then discovered the source of the irritation was squiggling eye worms, something which would later baffle doctors.

What she had was what is called a zoonotic disease. That’s when bacteria, a virus or a parasite from one animal is passed on to humans. Her particular disease is called “thelazia gulosa” and while it’s actually quite common in the USA and Canada it usually only affects cows.

Doctors say now something weird is happening. That’s the fact that those parasites are now getting into humans. We found another case and this time the person was a 26-year old woman, also from the USA.

She said her eyes started itching and so she investigated while she was working on a salmon fishing boat. She was horrified when she managed to pull out a worm that was about half an inch long.

CDC had their say

A spokesperson for the CDC’s Division of Parasitic Diseases and Malaria had this to stay about these strange cases: “Cases of eye worm parasitic infections are rare in the USA, and this case turned out to be a species of the Thelazia that had never been reported in humans.”

This woman actually managed to remove eight of the eye worms herself, which you can imagine wasn’t the best job in the world. Doctors removed another six of the things and in no time she was fine.

The problem, though, is if the eye worms are not removed. If that happens there is a chance they might wriggle around so much that they cause damage there, which could lead to blindness. If that doesn’t make you feel light-headed the doctors in this case removed some eye worms that contained unhatched eggs in the larvae, and so what that means is these things can replicate in a person’s eye.

Leave those itches long enough and a person might find they are home to a family of worms, a colony if you like. This is what the CDC had to say about that “There were an adult male and female worms in this woman’s eye, and they’d obviously been able to mate. It’s quite romantic in a way, isn’t it? Anyway, they were having sex in her eye and one of them is pregnant and has babies.”

It’s said that the particular face fly that causes all the problems was first seen in the USA sometime after world war two, but while cattle or cats or dogs are usually the victim, it seems humans are now fair game. The word on the street is that because there is so much more cattle now, there are many more face flies of this sort.

One of the women who had eye worms told CNN that when she first removed one of them it was wriggling, but it died soon after. She also said this: “My left eye just got really irritated and red, and my eyelid was droopy. I was getting migraines too, and I was like, ‘What is going on?’… I pulled down the bottom of my eye and noticed that my skin looked weird there. So I put my fingers in with a sort of a plucking motion, and a worm came out!”

She said the first thing she did was to run to her work colleague and scream to her that she’d just pulled a worm out of her eye. She then went to see a doctor and an ophthalmologist, but they were stumped as to what was up because they’d never seen anything like it.

After that, she got on a plane and went to visit other experts, but she said even they were skeptical about what she claimed. Eye worms don’t live in humans eyes, they first said, but they were wrong. She said she got lucky, though, because as she was talking to those doctors she felt one of them wriggle.

She said, ok, look right now, it’s on the move. She was right, and the doctors saw the thing. “I’ll never forget the expression on their faces as they saw it move across my eye,” the woman said. Ok, so they found the worm, but it turned out the rest of them were not easy at all to remove and at first, the flushes didn’t work. It didn’t help matters that there really was no protocol for this, said the woman.

This was the new ground they were covering. She said it was not a pleasant feeling to know your eyes are host to worms, but the medical staff assured her that it was unlikely they’d burrow further in and would stay on the surface of the eyes. The woman later said, “I tried not go to the darkest place, like, are these worms going to paralyze my face or infect my brain or impact my vision?”

You might be wondering why the flies are interested in human eyes in the first place. A doctor explained that flies really like tears because those tears are full of nourishment for them.

The USA isn’t alone. In Europe and Asia, there have been 163 cases of people being infected by eye worms, but the eye worm is not the same as the ones found in the U.S. Their eye worm is known as “callipaeda”.

In Europe and Asia, the worms tend to pick on the young or the elderly simply because those people are not as good at swatting the flies away. If you don’t want eye worms then we suggest you don’t let flies anywhere near your face and get good at wafting them away. In the case of the runner we talked about at the start of the show, she was just unfortunate to run into a bunch of flies.

It’s actually a good thing that these people have talked to the media, because one of the women said at first she thought she was going mad. She searched on the internet for eye worms and no one had talked about it.

So, now you know, if you start feeling something wriggling in your eye you are probably not crazy. The good news, according to the CDC, is that it’s super rare in humans. You have way more chance of being struck by lightning or winning the lottery than having a bunch of worms crawl around in your eye.