After many years in service, the iconic F-14 Tomcat got a new role as a bomber – and thus, the F-14 'Bombcat' was born. 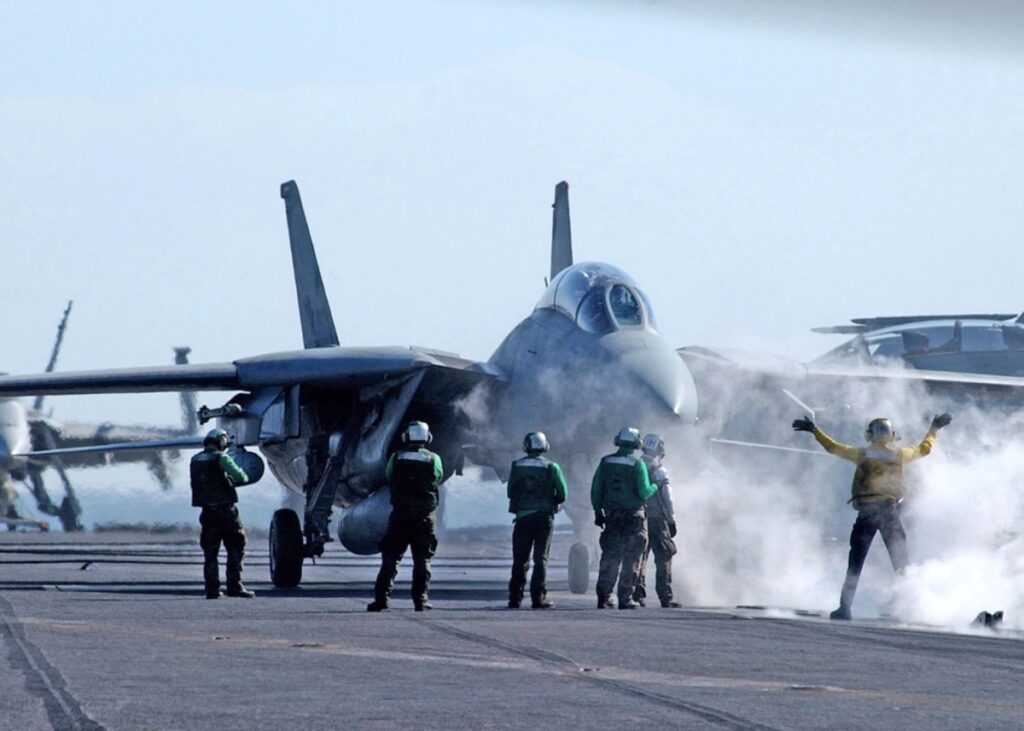 The F-14 was exceptionally well-suited to fly long missions with its powerful engines and carrying multiple bombs with under its massive wings.

This made the Tomcat a very versatile fighter jet – and even if it was officially retired from service in 2006, the F-14 remains one of the most iconic fighter jets (and bombers) ever made.

The Grumman F-14 Tomcat is a supersonic fighter aircraft that was in service with the US Navy from 1972 to 2006.

In the early 1960s, the Grumman factory started the design of an aircraft to substitute the iconic McDonnell Douglas F-4 Phantom II.

So, Grumman’s engineers developed a fighter-bomber with variable wing geometry to be operated on aircraft carriers and handle several attack roles with powerful radar and tactical computers, which allowed it to launch missiles from far beyond the range of previous fighters.

The F-14 Tomcat is called the “Bombcat” simply because it is capable of carrying and launching guided and unguided bombs.

The F-14 Tomcat was originally designed as an air superiority fighter, and was later modified to carry air-to-ground missiles, radar targeting pods, and other equipment necessary for ground attack missions.

In fact, in the 1990s, the F-14 was utilized as a strike fighter for a short time. The retirement of the A-6 Intruders left a capability gap until the arrival of the new F/A-18 Super Hornets, and the F-14 Bombcat took the role of a strike fighter, leaving behind its role of air superiority fighter.

How successful was the F-14 Bombcat?

The Bombcat was shown to be quite effective. The new strike fighter system saw its first operational deployment over Kosovo in 1999 and subsequently during Operation Iraqi Freedom.

They did quite a good job. However, the Super Hornet proved to be more cost-efficient.

The cheaper Super Hornet offered much of the same performance while being considerably more fuel-efficient and its operating cost per flight hour was also significantly lower.

So, the F-14 Tomcat was finally decommissioned in September 2006 after 36 years of service. But, it actually keeps flying with the Iranian Air Force, which is the only country that still operates the F-14 Tomcat.

The F-14 was one of the most important aircraft of the US Navy in the 20th century and a famous icon that became immortalized in the movie Top Gun.

But like all aircraft, at some point, it ceased to be the latest technology and was displaced by other aircraft that were more effective for the US Navy, even if it took a new role as a bomber.