Would An F-22 Raptor Defeat A Sukhoi SU-35 In A Fierce Battle?

How would the US F-22 Raptor and Russian Sukhoi Su-35 military fighter jets fare if they were pitted against each other? 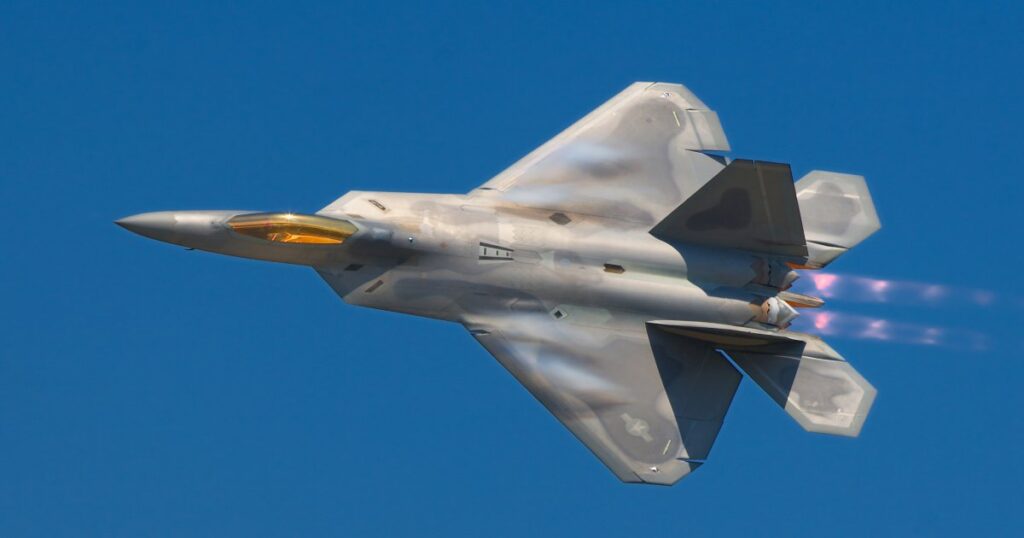 It is a well-known fact that the US outspends every other nation on Earth on its defense. America’s current defense budget of around 664 billion dollars will be bolstered by an extra 52.8 billion dollars under the new administration.

A good part of this will be spent on the purchase and development of warplanes. One such aircraft, the Lockheed Martin F-35 Lightning II, has become synonymous with ambitious big spending.

But prior to the F-35 stealing the headlines, it was another stealth fighter, the F-22 Raptor, that was largely seen as the technological marvel of the skies – and also a very expensive piece of machinery.

When we pitted the F-35 against Russia’s universally extolled aircraft, the Su-35, the conclusion we came to is that the planes are so different in design and capabilities that they are difficult to compare.

The F-22 Raptor is a different beast altogether, though, and a machine that is largely seen as the ideal foe for the Su-35. Here we’ll see just how these two highly advanced aircraft matchup, the F-22 Raptor vs the Su-35.

We’ll start by taking a look at the F-22 Raptor. This fifth-generation advanced tactical aircraft, according to the United States Air Force, is unmatched as an air-superiority fighter.

Designed by Lockheed Martin, it took its first flight in 1997, and formally entered the service of the U.S. air force in 2005. 195 F-22s were built overall, with a unit procurement cost of a staggering 350 million dollars.

This supreme flying machine was not only far more expensive to build than anything of its kind, but according to Air Force Cost and Performance figures, it was also a veritable super-consumer of dollars when in flight.

The U.S. air force has stated that the F-22 Raptor costs around $60,000 an hour to fly, compared to $22,500 for the F-16C Fighting Falcon and $30,000 for the F-35. While the air force has always been enthusiastic about what it believes is the best combat fighter plane ever made, it’s said that restart costs might be the reason interest has turned to other developments.

Now we turn to Russia’s Sukhoi Su-35. This single seat supermaneuverable multirole fighter flew its first flight in 1998 as a prototype, but didn’t appear in its present form until 2007 when it was revealed to the public at the Russian MAKS-2007 air show.

While the U.S. military believes it has the greatest combat aircraft, the Russian Military of Defense has also made such a claim with its Su-35. 58 have been built overall and many more have been ordered, with each unit costing somewhere between 50-75 million dollars.

It’s thought the cost to fly the plane for one hour is around 35,000 dollars. Unlike the F-22 Raptor, which cannot be exported due to laws in place to protect its high-tech features and stealth capabilities, the Su-35 is up for sale. A handful of countries have expressed interest in buying the aircraft but so far only China has shown the money, ordering 24 planes for a cost of around 2 billion dollars.

The question you might be asking yourself is why is the F-22 Raptor so expensive to build and fly? We might better understand this by looking under the hood, so to speak. Here are some comparisons with the Su-35.

It’s estimated that the F-22 Raptor has a top speed in excess of 1,500 miles per hour, with a range – meaning how far it can fly between take-off and landing – of around 1,840 miles.

Some pundits believe that if a “dogfight” should happen between the two aircraft, the Russian plane may have the advantage, having better ‘Within Visual Range’ capabilities and carrying a few more weapons.

However, both planes are agile and fast, and carry devastating short-range weapons. The supermaneuverable Su-35 has impressed with its aerial acrobatics, but then the F-22 Raptor is extremely nimble too due to its excellent thrust-to-weight ratio, which, in the words of Lockheed Martin, makes the F-22 Raptor “ready to dominate any and all adversaries from the outset of any conflict.”

The outcome of these two planes having a dogfight is a divisive issue, but it’s also an unlikely scenario.

It’s at a distance where the F-22 Raptor is seen as the better plane, due to its Beyond Visual Range capabilities. The Su-35 packs more missiles, but the F-22 Raptor has the stealth advantage.

This is a huge advantage of course, because it could potentially end the fight before the Su-35 knows it’s in one. With such powerful weapons on board, whoever draws first blood in this fight undoubtedly wins the battle.

It’s thought that while the Su-35’s Infra-Red Search and Tracking radar could detect the F-22 Raptor at fairly close range, its sensors will have to get lucky. The F-22 Raptor was built to hide as well as fight, and the plane has been compared to finding a needle in a haystack, or literally, a marble in the sky, according to analysts.

One of the reasons for the latter plane’s hefty price tag is its superior technology, as much as its power, agility, and potential to harm. This is not to underestimate the Su-35’s radar control system, but it is probably no match for the technology of the F-22 Raptor.

Air fights are more than just shooting and speeding

Modern aircraft fighting is about much more than speed and weaponry, with situational awareness and stealth being huge game-changing factors. In the words of the F-22’s principal builder, “Even if you detect me, you’re not going to know where I am a second from now.”

What most people seem to agree on is that air force pilots in the modern era shouldn’t have to get up close before they destroy a target, and so the most advanced radar technology and stealth capabilities are the best attributes a plane can have. This is the foremost reason why the U.S. doesn’t export its F-22s and keeps its technology classified material.

Russia of course is acutely aware of this and is in the process of developing its fifth-generation Sukhoi T-50 PAK-FA stealth fighter. The plane’s technology is classified information, too, but we know Russia again is focusing on outstanding super maneuverability.

The T-50, however, will be the first Russian Air Force plane to use stealth technology. With a kinematic performance which is said to be comparable to the F-22 Raptor, a former U.S. Air Force intelligence officer has been quoted as saying that Russia’s new machine will have a “sophisticated design that is at least equal to, and some have said even superior to, U.S. fifth-generation aircraft.” This supposition has also been doubted by other analysts.

Just as it has costed the Americans a hefty sum to develop mind-blowing avionics technology and futuristic pilot aircraft interfaces, the Russians are said to be having their own problems with extreme costs and the constant setbacks that come with developing high-tech machines.

Progress is said to be slow. Russian deputy defense minister Yuri Borisov has said the country is in no hurry to enter the stealth fighter into service. It’s expected the first plane will be introduced in 2019, and Russia will continue developing it until 2025.