The F-22 Raptor and the F-35 Lightning II are the best fifth-generation aircraft in the world... but there's a significant difference between them. 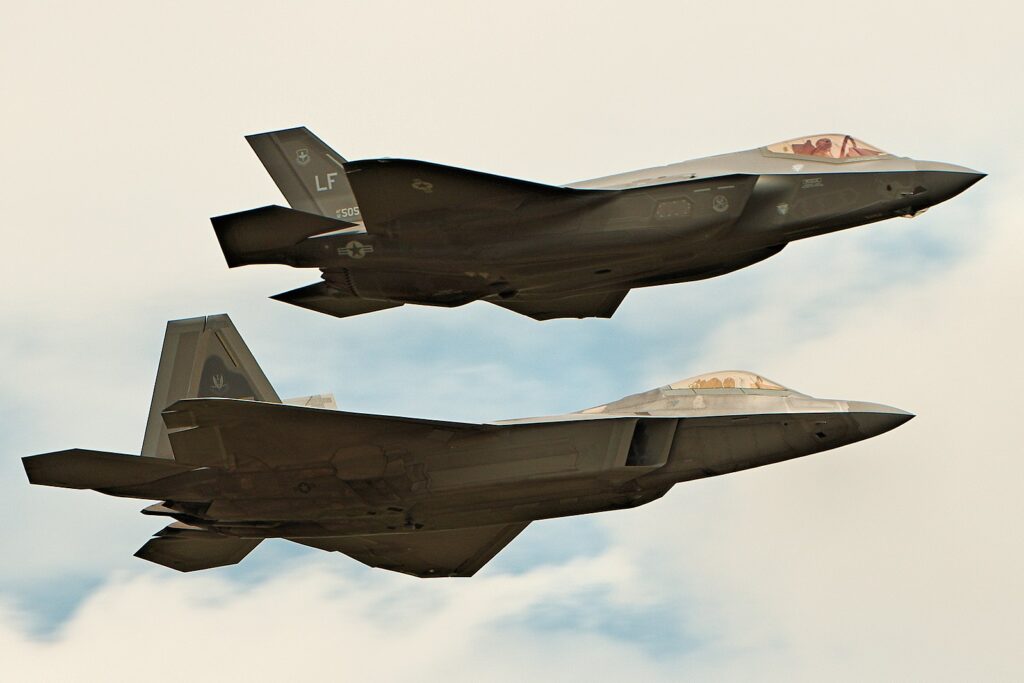 The F-22 Raptor and F-35 Lightning II are arguably the best fifth-generation aircraft today and have marked an era due to their outstanding capabilities.

Both aircraft have represented the United States’ power in the past two decades… but with technological advances and changes in warfare, we’re beginning to notice a greater difference between the F-35 and the F-22.

So, which of these two aircraft is really better for modern warfare? Is the F-35 superior to the F-22?

The F-22 is already aging

The Raptor was the first fifth-generation fighter jet in history and entered service in 2005. But just six years later, its production was discontinued, and a large part of the F-22 fleet is currently being taken out of service.

In fact, the F-22 Raptor is an aircraft with unique features, but it is also a fighter jet designed in the 80s and produced until 2011 for a different type of war that didn’t and won’t happen.

It was created for air to air combat. However, dogfighting rarely occurs today while supporting ground troops and destroying land targets has become almost a requisite for all fighter aircraft.

The F-35 Lightning II, contrary to the F-22 Raptor, is still in production, and many new capabilities are added to make it stand out from any other fighter aircraft in the world. For instance, recently, the F-35A was enabled as a nuclear bomber which is a great advantage for this multirole aircraft – and a perfect deterrent for Russia.

All these advantages make the F-35 one of the most exported fighters, with more than 500 units sold around the world – and since the war broke out in Ukraine, more and more countries are considering the purchase.

Nowadays, it is being employed in the air forces of countries such as Norway, Australia, Switzerland, the UK, and Japan, among others.

The F-35 Lightning II is specifically designed for the challenges of modern air warfare. It has greater versatility than the F-22, and its air-to-ground operations are what 21st-century warfare really demands.

Moreover, it has better radar and 360-degree detection capability than the F-22, which allows it to have a much higher detection range, geolocation abilities, and combat intelligence.

Also, the F-22 flies higher, faster, and is more maneuverable due to its thrust vectoring capabilities as it was designed as an air superiority aircraft.

But, today the USAF doesn’t need the fastest or the most maneuverable aircraft to achieve its objectives. Air-to-ground capabilities seem to prevail and the F-22 won’t offer these advantages.

That’s why pilots would prefer to fly an F-35 rather than an F-22 in an actual combat situation against the Russian armed forces.

The F-22 was out of production more than a decade ago, and its aging is already starting to be noticed with all the changes that have been happening in the war lately.

On the other hand, the F-35 has all the modern features that a 21st-century pilot needs, and all these benefits have led it to be increasingly regarded as the preferred for its combat performance.