But who will want to wear those bulky Meta VR goggles for hours on end? 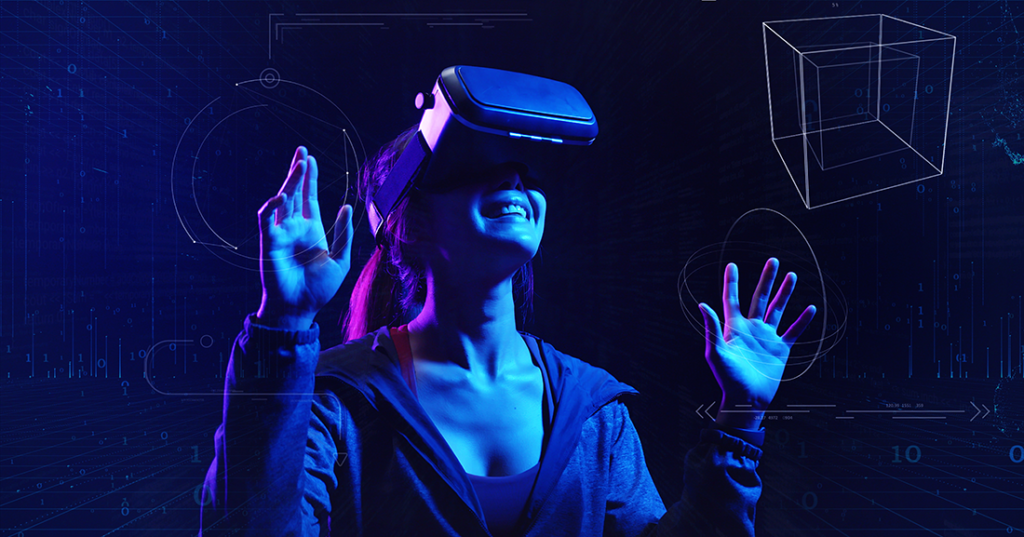 According to a recent Oculus Quest rumor, the Meta-owned virtual reality company may be bringing Android apps to its headgear. It’s part of a rising push to make virtual reality (VR) usable for purposes other than gaming. New apps allow you to perform everything from shopping to exercise in a virtual world.

Access to the Android ecosystem on VR, according to experts, might open up a whole new world of possibilities. Experts have claimed that with the enhanced capabilities of virtual reality (VR), users might not need laptops for much longer.

Mark Zuckerberg hopes that the announcement of his company’s next premium VR device will be an “iPhone moment” for virtual reality, with widespread consumer acceptance. Zuckerberg’s firm, Meta, will begin by hoping to replace your trusty laptop with eyewear to realize that ambition.

The Oculus Quest 2 is on a table

Meta owns Facebook, including the firm and technology behind Oculus. The company aims to replace all laptops with its next-generation VR headset.

The firm is working hard on “Project Cambria,” an unnamed luxury virtual reality headgear that the business teased during its Connect conference.

The technology was initially mentioned at Meta’s recent Connect conference, with executives claiming it would be more expensive than the $299 mainstream Quest 2 headset.

When connected to a headset, Zuckerberg and the firm expects that this new high-end mixed reality experience will improve your ability to work, communicate and collaborate in the enterprise metaverse. If Meta has its ways, no one can get away from work even in the metaverse with its latest introduction.

Pushing the headset into the ‘workplace of the future’ market is one of the most critical short-term use cases for Android compatibility. Zuckerberg defined “Project Cambria” as a headset mainly designed for enterprise use during the company’s most recent earnings call. According to TechCrunch, “he indicated that the experience will most likely replace your laptop or work setup.”

“Yes, there may be a bridge in use cases,” Ballestas added. “But users’ needs on a laptop PC are significantly different from those on a VR headset.”

“The headsets certainly need to become more comfortable for lengthy periods,” said Mousa Yassin, founder of Pixaera. “However, the ability to access anything we can access on mobile might be a huge leap for Oculus.”

Virtual reality, according to Yassin, is the ideal distraction zone because it allows you to control your working environment without being limited by physical or technological limits.

“You can access as many apps as you like simultaneously and move them around the room,” he explained. “You can have financial charts on a big cinema-size screen, with an active Zoom call to your left, while working on an Excel file on one monitor.”

Venturing into the Metaverse

He renamed Facebook’s parent company to Meta and shifted the firm’s entire focus away from social media (Facebook now owns Instagram and WhatsApp) and toward the metaverse. The CEO announced that the social media company’s advertising money would be used to fund Meta’s vision for the future of virtual and augmented reality.

When it is launched, its enterprise-focused virtual reality glasses will almost certainly face competition from Microsoft’s HoloLens, HTC’s Vive headset, and various other consumer-oriented VR, AR, and mixed reality glasses. Apple is also thought to be entering the field. However, its efforts to commercialize augmented reality have reportedly been hampered.

Apps in a whole new light

In an email conversation, Hayes Mackaman, the CEO of 8i, a VR software developer, stated that putting Android on the Oculus may open up a whole new universe for users.

“Right now, the attractiveness of VR is hampered by the complexity of navigating the app ecosystem,” Mackaman added.

“Consumers have grown to a consistent user experience. This is a positive step for Oculus; the more that using Android in VR feels like an extension of your existing mobile experience rather than a disruption, the higher the demand for the product will be.”

These investments are likely to affect Meta’s growth in the future. The company reported nearly a $3 billion loss in the first quarter of 2022 across all companies, but Reality Labs, the augmented reality division of Meta, reported losses of more than $10 billion.

It remains to be seen if massive losses can be incurred due to Meta investing in augmented reality before investors panic. For now, Zuckerberg optimistically states that he is positioning Meta as “the number one company building the future of social interaction and metaverse.” Zuckerberg doesn’t expect these investments to pay off, at least not until 2030. Meta CEO Mark Zuckerberg doesn’t expect virtual and augmented reality investments to pay off until 2030.

“This builds the groundwork for what I think will be an exciting 2030,” he said, an emotion echoed at the recent Connect conference by Meta executives.”

Meta is reportedly working on another headset named Nazare, which might launch and sell as early as 2024, ahead of Project Cambria’s introduction. According to a recent publication, Nazare offers a comprehensive AR experience, a broad field of view, 3D visuals, and a suitable design for public use. According to The Verge, Zuckerberg has taken a personal interest in the project and has spent a lot on it.

Meta is a corporation with ever-changing leadership staff, despite its primary focus on virtual reality. There were a few significant absences. To maintain stability, Zuckerberg appointed Facebook veterans to essential positions and made strategic acquisitions and hires, including snagging Don Box, a Microsoft technical fellow working in software engineering for glasses at Meta.