‘Finfluencers’ Are Social Media Financial Gurus, That Could Soon End up in Prison

A new law in Australia could mean big trouble for unlicensed finfluencers. 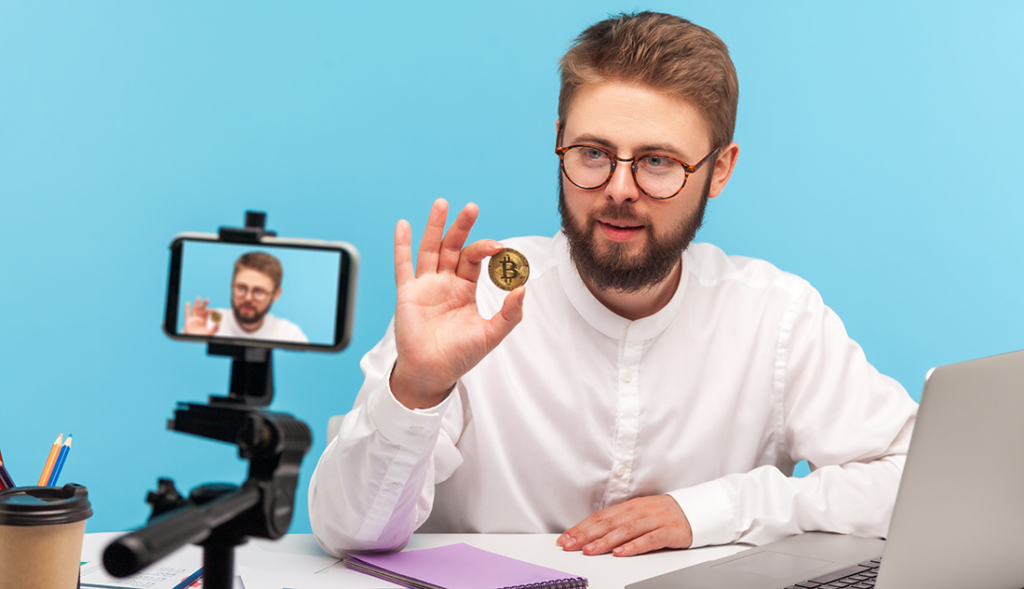 Australia’s finance influencers or “finfluencers” could face a jail term of up to 5 years if they continue to give financial advice without a license. The statement is according to an information sheet issued last month by the country’s corporate watchdog, the Australian Securities and Investments Commission (ASIC).

Creators known as finfluencers have grown in prominence recently, particularly among younger audiences. A December ASIC survey showed that one-third of Australians aged 18 to 21 followed a financial influencer online. According to the report, 64% of young Australians acknowledged changing their economic behavior after listening to a finfluencer.

Finfluencers use social media to offer advice ranging from budgeting to financial products. Some even guarantee high ROI on specific investments even though many do not hold any financial services licenses. Some use their social media pages to advocate investing in specific assets or stocks, offering large returns to their followers. Many even flex their luxurious lifestyles on Tiktok and Instagram and credit their wealth to their investing savvy. However, in Australia, this is no longer permitted.

The corporate regulator, ASIC, has issued a warning to social media finfluencers, stating that failure to obtain a financial services license or cease marketing stocks and investment funds online might result in imprisonment and a $1 million fine. Since the announcement, finfluencers have removed old posts to comply with the new rules.

Ellie Withers, an Instagram micro-influencer with the handle @thelady.fire, told Insider that she had to remove some of her older posts to comply with the new regulations.

The 29-year-old who doesn’t have a financial license at the time of writing said, “I had to archive my net-worth updates because they revealed what I invest in, which is against the new rules.” “They were posts of my investments, such as the ETFs, and the new policy specifies that we can’t reveal what we invest in since it can inspire our followers to buy it.”

Withers, who has over 1,300 followers on her account, said that the guide is extremely broad, making it difficult to comprehend.

“Right now, the finfluencer community is really volatile. Hence, making it seem intentionally uneasy for us to post,” she told Insider. She continued, “it’s also unfair to Australian finfluencers because Aussies will now look to overseas information that may not be relevant or lead them right.” She stated she had invested over A$21,000 so far this year in her latest Instagram post uploaded on Sunday.

The ASIC’s executive director of market supervision, Greg Yanco, said the regulator was closely monitoring some popular personal finance influencers and expected them to adjust their content quickly.

Carefully consider your message. Does it depict that you are providing unlicensed financial services, such as dealing by arranging or financial product advising?” stated ASIC. “Now you must have a license to run financial service businesses in Australia”

Mr. Yanco told The Australian Financial Review that “It is a good thing that many people are becoming experts at delivering advice about investment on social media.” He continued, “but we will consider taking enforcement action if someone is providing advice without a license.”

Mr. Yanco acknowledged that monitoring online chats was “difficult,” particularly when advice or information was sent via a private direct message or “DM” – or a format with a short shelf life, such as Instagram “stories,” which normally expire after 24 hours.

“The regulator relies on customers proactively verifying they are dealing with a licensed practitioner,” he added, and public tip-offs regarding unauthorized counsel, which he said ASIC appreciated.

Examples of text that would be considered financial product advice

Monday’s information sheet listed several social media examples of text that would constitute financial product advice. For instance, the statement “I’m going to show you five long-term stocks that do well and that you should buy and keep.” would likely be considered financial product advice,” ASIC said. However, offering budgeting tips would not.

A finfluencer has been taken to court

ASIC had already taken an influencer to court — Tyson Scholz, who amassed over 22,500 followers on his Instagram account @asxwolf_ts before it was made private. According to a press release, the ASIC accused the 36-year-old of running a financial services business without a license “by delivering seminars and training courses about trading in securities on the ASX.” ASIC continued, “Those courses were promoted on his Twitter and Instagram accounts.”

ASIC is requesting an injunction prohibiting him from marketing or conducting any financial services activity in Australia. A new hearing has been set for May in this case.

What’s the fate of Affiliate links?

Unlicensed individuals are forbidden from making product recommendations. According to the document, expressing an opinion about an asset class’s “assured positive return” or specific investment could be considered advice or deceptive and misleading behavior.

Sharing a unique hyperlink to direct followers to a platform to transact or trade for investments may be considered “dealing by arranging” under the law necessitating acquiring a financial services license.

This might effectively prohibit influencers from using “affiliate marketing” links to promote items on social media platforms like TikTok in China and Instagram (owned by Meta).

We understand that some finfluencers under close watch are earning five- or even six-figure salaries from promotional deals with licensed financial firms like the stock market and foreign exchange brokers or investing platforms or fees from paying followers and subscribers.

“Unlike fraudulent finfluencers who promote harmful financial services or commit frauds, good-faith financial influencers can avoid ASIC’s fury by becoming licensed,” Mr. Yanco argues. He continued. “No law prohibits finfluencers from informing their followers about the benefits of any financial services. They are not, however, allowed to give personal advice.”

General advisers may have to adhere to the Government’s mandated financial adviser education program. But it would include getting an appropriate tertiary degree and registering for an industry code of ethics.

According to Dr. Zhong, “I applaud ASIC’s efforts to safeguard the interests of financial influencers’ followers. ASIC should think about reaching out to investors on social media channels in an engaging way, similar to how influencers do it.”