Real-time updates on air traffic are available on flight tracking websites and Twitter accounts and sometimes make for major news like Nancy Pelosi's trip to Taiwan. But that exposure is more and more met with resistance ranging from complaints to equipment seizures. 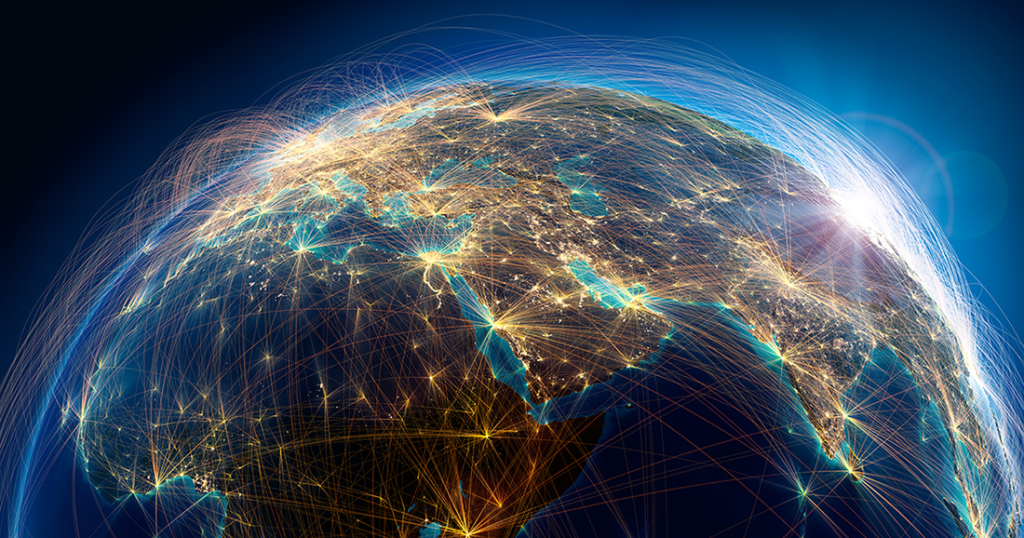 Dan Streufert, the creator of the US-based flight tracking site ADS-B Exchange, claimed his company receives dozens of “requests” every year to stop publishing information about aircraft’s whereabouts – whether from Saudi Arabian aircraft owners or Russian air freight companies, or others.

“So far, nothing has been taken away. There is no private information here, and I don’t want to decide “who’s right or who’s wrong, “Streufert said.

According to US regulations, ADS-B tracking technology must be installed on every aircraft in certain zones. ADS-B uses signals that can be picked up by relatively basic equipment to broadcast aircraft positions.

An essential source of information that is directed back to a central network and paired with information on flight schedules and aircraft is picked up by a service like Sweden-based Flightradar24, which has 34,000 primarily volunteer-operated receivers operating internationally.

Jack Sweeney explained that verifying or determining to whom an aircraft belongs may require some sleuthing.

After submitting a public records request to the US government, Sweeney received a document with Elon Musk’s signature on it. His Twitter account, which follows the movements of the billionaire’s plane, has drawn a lot of interest. Even Musk’s $5,000 offer to shut down the account @ElonJet, which has over 480,000 followers, was turned down by the jet tracker.

“Given the traction, it means I must be doing something right. People enjoy following celebrities’ activities, along with the entire emissions issue, “Concerns over the greenhouse gas impact of the flights were brought up, he told AFP.

We Will Track Anything

ADS-B Exchange data from one of Sweeney’s other Twitter account revealed in July that US model and celebrity Kylie Jenner’s jet took a short 17-minute flight in California.

She received a barrage of criticism on social media from the internet because of worries about how these flights contribute to climate change.

As an example of the outrage, @juliphoria tweeted, “They make working-class people like us feel bad for taking a much-needed vacation only once a year, but these celebs take private aircraft every other day as if it’s an Uber.”

Neither Streufert nor Sweeney mentioned a specific redline they were afraid would be crossed if the flight data was made public.

“We will track everything,” said Streufert. “If someone were a bad actor and wanted to know where this gear is, they could build the electronics for $100 and simply install receivers to pick up the same signals themselves.”

There is money to be made, but it’s unclear how much; Sweeney claimed his work tracking flights paid roughly $100 per month, while Streufert agreed he makes a profit but declined to give figures. The revenue of Flightradar24 was not disclosed.

The influencing power of the information

The information provided by the services has the potential to have an influence that goes far beyond embarrassing celebrities or upsetting billionaires, as recently demonstrated by the hundreds of thousands of people who were interested in seeing if Pelosi will disregard China’s warnings.

For instance, the data from ADS-B Exchange was used by a non-profit organization to support claims that Frontex, Europe’s border agency, worked to stop migrants from crossing the Mediterranean and by US media to demonstrate that surveillance aircraft flew over racial justice demonstrations in Washington, DC, in 2020.

In response to the discoveries, hundreds of US Congress members signed a petition requesting that the FBI and other governmental organizations, such as the National Guard, “stop surveilling nonviolent protests immediately and permanently.”

Technology and resulting information are not welcome

Governments in some regions across the globe have made it clear that the technology and resulting information are not welcome.

According to 2021 Chinese official media, the government has seized hundreds of receivers used in crowdsourced flight tracking due to the risk of “espionage.” Streufert noted that authoritarian regimes frequently dislike this exposure.