‘Frozen Zoos’ Are the Last Hope for Endangered Species

Frozen Zoos are keeping samples of extinct species on ice for future generations. 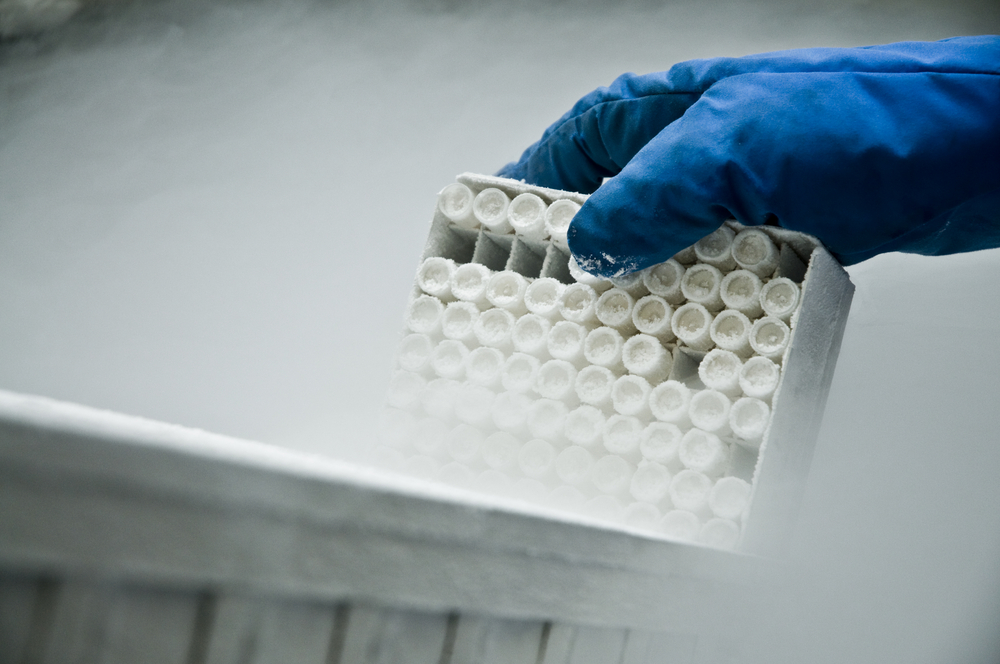 What do you like to put in your freezer?

It is probably no weirder than the collection of things that you will find in Kurt Benirschke’s freezer.

Benirschke died in 2018, but he left behind a very interesting legacy in the form of a ‘Frozen Zoo.’

Benirschke liked to keep skin samples from endangered and rare animals in his freezer.  Over his lifetime Benirschke amassed a collection of animal samples from over 1,220 species collected from over 10,500 animals.

Not exactly what you would want to get mixed up with your shredded mozzarella and pepperoni when you are creating your next pizza topping. Benirschke obviously didn’t want anyone to make that same mistake, so he had his collection of frozen animal skin samples moved to cryotank freezers in the San Diego Zoo, where his collection has become an essential repository for geneticists who are concerned about the conservation of rare or endangered animal species.

What would you clone from the contents of your freezer?

Given amazing scientific advances in cloning technology, if you had the ability and the know how to clone a freezer full of stuff, some of us might clone the peperoni and mozzarella, or how about the chocolate ice cream?

Since 2001 scientists have been helping themselves to the contents of Benirschke’s freezer and using the latest cloning techniques to clone endangered species such as the Indian Gaur, a humpbacked Asian wild ox; the Banteng, Przewalski’s horse, Black-footed ferret.  It seems like scientists have only just got started with this Pandora’s freezer box of cryogenic treats.

These cryogenic creations still require a bit of work to perfect.  The Indian Gaur that was cloned from Benirschke’s freezer sample only had a very short shelf life, surviving 48 hours after the completion of the cloning experiment.

If you were inspired by an extinct animal which one would you choose to clone first? It so happens that while Benirschke was alive, although he was a distinguished scientist, he couldn’t do the cloning himself.  He collected the samples hoping that sometime in the future, they could be used to help save the species.  His freezer collection of samples is aptly named the Frozen Zoo.

Benirschke isn’t the only person to come up with the idea of freezing animal samples. Scientists have a couple of choices of where to get samples of frozen extinct animals from, but probably not as many choices as famous ice cream suppliers. It is not as simple as choosing between brands Häagen-Dazs and Ben and Jerry.

Husband and wife team Bryan Clark and Ann Clark, together with Dame Anne McLaren in 2004, founded the Frozen Ark project.  They coordinated their project with a couple of dozen universities, museums, and zoos willing to create a network and share their collections and knowledge to create the largest DNA database of creatures.

Ask a geneticist which is better Frozen Zoo or Frozen Ark; the answer would depend on the geneticist.

Unlike the Frozen Zoo, the Frozen Ark mostly has DNA samples rather than live cells. Scientists can’t clone animals from just DNA samples.  The genetic blueprint from DNA is used differently.  DNA samples are helpful for understanding projects such as cancer research, limb regrowth, and recovery processes, but they just aren’t suitable for creating clones. The scientist interested in cloning an extinct animal is likely to go with the selection of cryogenic samples available at the Frozen Zoo rather than the samples at the Frozen Ark.

Maintaining the Frozen Zoo is a very intricate process.  The frozen samples must be kept at much lower temperatures than is required for storing just DNA.  Ryder, who maintains the collection of live cells at the San Diego Frozen Zoo, says that the samples must be kept in cryotanks. The collection is regularly duplicated, with copies of samples being moved out to other facilities.

If you are planning on bringing something extinct back to life, this means with current technology; you will probably have to find an animal that can give birth to it, which will be a challenge in many cases.

The work of Benirschke and bringing extinct animals back to life has come to the fore of public interest recently following the news that a group of researchers at the University of Melbourne are planning to bring an extinct tiger back to life.