Why Was This US Aircraft Carrier a $13 Billion Mistake

The USS Gerald R. Ford aircraft carrier is currently experiencing design failures across the board. 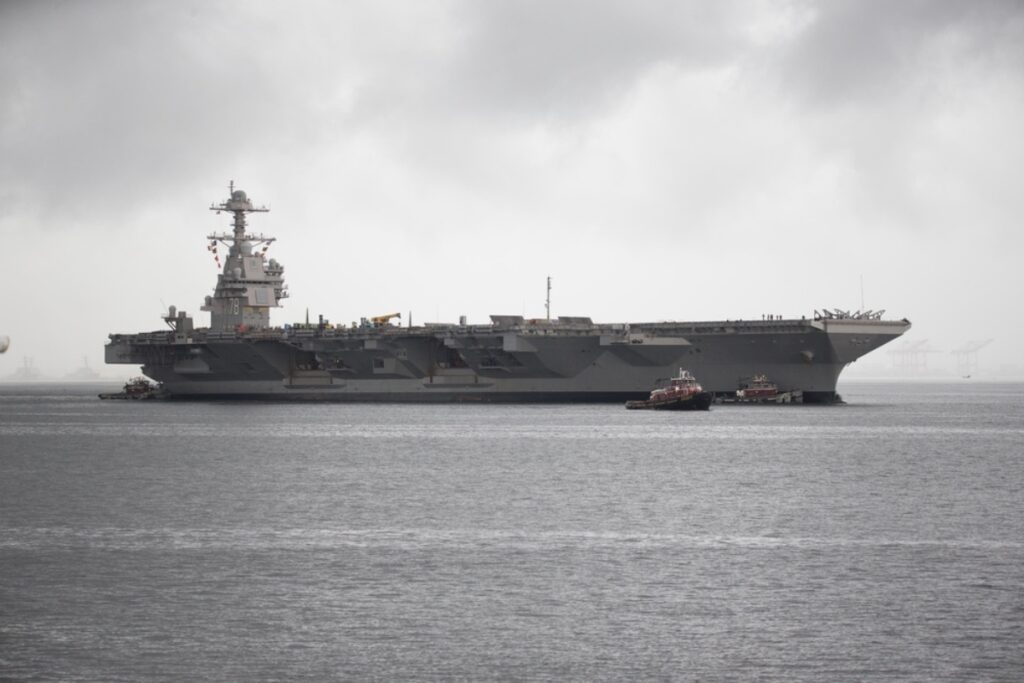 The USS Gerald R. Ford is the U.S. Navy’s most expensive aircraft carrier and it has undergone a series of breakdowns.

This U.S. supercarrier was plagued with design problems from the start, which have been delayed for several years. The Ford’s propulsion system collapses are an issue for the U.S. Navy; its elevators don’t carry munitions properly. The aircraft carrier isn’t ready to take fifth-generation fighters. These and many other problems are causing constant delays.

But, why is all this happening? What are the problems with this aircraft carrier?

The current status of the new aircraft carrier program set to replace the Nimitz-class aircraft carrier has already been delivered to the Navy. However, it is still undergoing tests to solve problems that constantly pop up.

The USS Gerald Ford integrates the latest technologies and they aren’t thoroughly tested. This lack of testing has given numerous problems in recent years. It makes the aircraft carrier more modern and potent. Unfortunately, this increases the risk of further troubles emerging along the way.

More than one hundred flaws have been reported so far, some of them as unremarkable as plumbing problems involving the lavatory drains. Also, the elevators are too small,  and certain pallets and standard packaging do not fit well. One of the most urgent problems is that the aircraft carrier is not ready to use the F-35C and will require refurbishment – with associated cost overruns.

The bad thing about these deficiencies is that they not only affect the USS Gerald R. Ford, but also the second carrier from the same class, the USS John F. Kennedy, which is scheduled to enter service in 2025.

So, the delays and issues that arise in the USS Gerald Ford also impact all the upcoming Ford-class aircraft carriers.

The USS Gerald R. Ford is breaking all cost records related to aircraft carriers. With more than $13.316 billion invested so far, it is the most expensive ship in history.

Navy experts consider it’s disproportionate to spend so many funds on just one aircraft carrier because the Nimitz-class aircraft carriers weren’t even operated to full capacity. So, employing a Ford-class carrier isn’t needed for today’s warfare.

The project continues to be delayed

The USS Gerald Ford is not expected to make its first actual operational deployment until 2022, so the costs will continue to mount.

Now, the Ford is not ready to reliably launch aircraft, and its complex takeoff and landing systems need some adjustments – a big hurdle for a warship that is crucial to the Navy’s long-term goals.

Fortunately, the next Ford-class carriers will have all the advancements this first carrier carries. So, the USS Kennedy will include all the improvements of the USS Gerald Ford.

It will finally enter service in 2022

Since the Navy received the carrier in 2017, it suffered severe problems and many delays. Meanwhile, the expectations on the Ford aircraft carrier were excessively high… and many technologies were integrated before even being battle-tested, resulting in more delays and inflated costs that weren’t considered in the first budgets.

However, this impressive aircraft carrier symbolizes American might on the seas. So, when it’s concluded, it will certainly be one of the most frightening weapons ever made.