Since there are more exomoons than exoplanets, finding a habitable exomoon is considerably more probable. 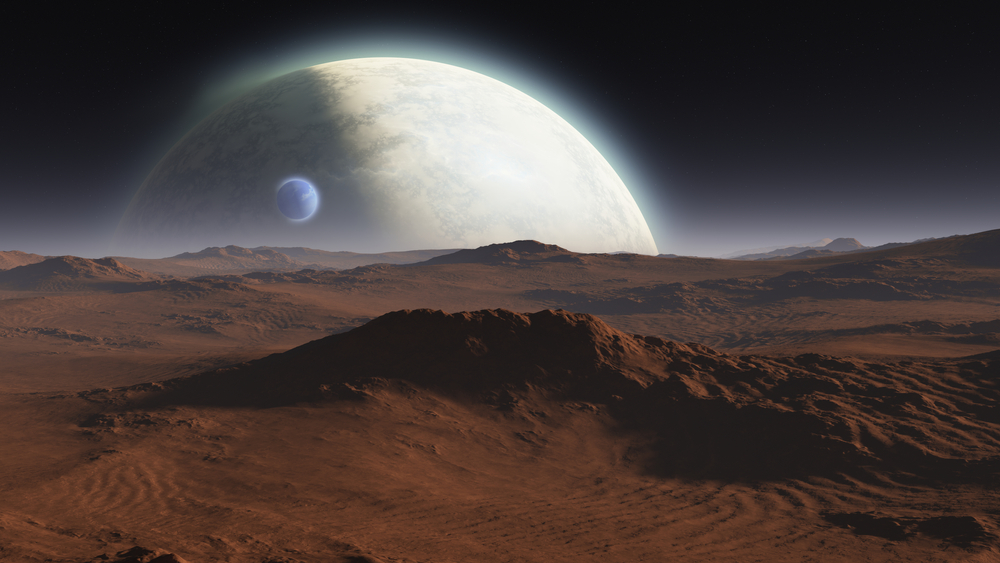 If you were a scientist trying to find new habitable locations in other solar systems, what is the best approach? A paper published in May 2022 may have the answer for the best systems to focus on to find habitable exomoons and perhaps even alien lifeforms.

Since the time of Galileo, we have known that our Solar System contains at least eight planets and more than 200 moons. However, people have defaulted to searching for habitable exoplanets in the past, mainly because we can’t easily see exomoons in other solar systems. The visibility of exomoons can be obscured by large exoplanet size or long orbits.

The majority of the planets and moons in our solar system are unlikely to be habitable. Only a couple of the moons of Jupiter, such as Europa and Enceladus, are the possible candidates in the search for life.

Europa and Enceladus are not in the goldilocks zone of our Sun. However, they are potentially considered habitable because of possible evidence of water and radiogenic heating coming from their core.

Life on other moons?

Should we instead be focussing on the exomoons of other solar systems as much as we are on the potential of exoplanets?

Vera Dobos, the lead author of A target list for searching habitable exomoons (published in Monthly Notices of the Royal Astronomical Society), thinks searching for habitable areas in space should focus on exomoons. She is supported in her research by András Haris, Inga E E Kamp, and Floris F S van der Tak.

This group of researchers thinks that there may be exponentially more exomoons than exoplanets if our solar system is any indication. Just because we can’t see them, it doesn’t mean that they aren’t there; it can take a few hundred days to see an exomoon in orbit around known exoplanets.

The researchers ran simulations of hypothetical exomoons around known exoplanets as part of their study. This exercise helped them assess which hypothetical moons would be located in habitable locations if they existed.

The authors examined the heat available to exomoons from the star or stars in their solar system and tidal heating. They ignored radiogenic heating (heat coming from an exomoon’s core).

The researchers’ study provides a target list of the areas of space where efforts should be focussed if we have a chance of finding a potentially habitable exomoon.

How were the exomoons simulated?

The Extrasolar Planets Encyclopaedia was the starting point for the researchers. There are thought to be 5017 exoplanets discovered as of May 1, 2022.

The process of elimination

After exclusions, they ended up with 4140 known exoplanets.

The process of simulation

For each of the 4140 exoplanets, they simulated 100,000 exomoons. Of the simulated exomoons, the researchers went on to identify 234 exoplanets where the exoplanets’ moons had a habitability probability of at least 10%.

Out of the 234, only 17 of the planets themselves had a habitability probability greater than 50%.

They have produced the following chart that only shows exomoons that have a habitability probability of at least 10%.

From this imagery the researchers were able to create an ordered list of which exoplanets have the highest potential to have life-supporting moons. To name but a few exoplanets that made it to the list include:

The planet Kepler-459 b has the best chance of hosting habitable exomoons. Every 854 days, a sub-Jupiter orbits a star identical to our Sun. The exomoon habitability probability for Kepler-459 b is 70%.

Kepler-456 b is a sub-Jupiter that orbits a star with a mass similar to the Sun. However, its orbit takes 1320 days. The exomoon habitability probability for Kepler-456 b is 69 percent.

The first rocky super-Earth was discovered within the habitable zone of a Sun-like star, Kepler-458 b. It’s also known as Earth 2.0 or Earth’s cousin. Exomoons around Kepler-458 b would potentially have a 60% chance of being habitable.

Because it orbits a very steady, extraordinarily long-lived star, Kepler-62f is regarded as one of the most potential habitable exoplanet prospects. Exomoons around Kepler-62f have a 53 percent chance of habitability.

Proxima Centauri c makes the cut as well. It attracts attention since it is closer to Earth than many other exoplanets. Unfortunately, any simulated exomoons around it only have a 14 percent chance of being habitable.

Conclusions of the study

The list of areas to search for habitable exomoons may not be accurate due to facts missing from data researched about the type of stars many exoplanets on this list orbit.

We may find later some of the host stars are potentially not suitable for providing the conditions for habitability.