What Would Happen to Earth if It Had Several More Moons in Its Orbit?

Why are scientists interested in how many more moons could safely orbit our Earth? 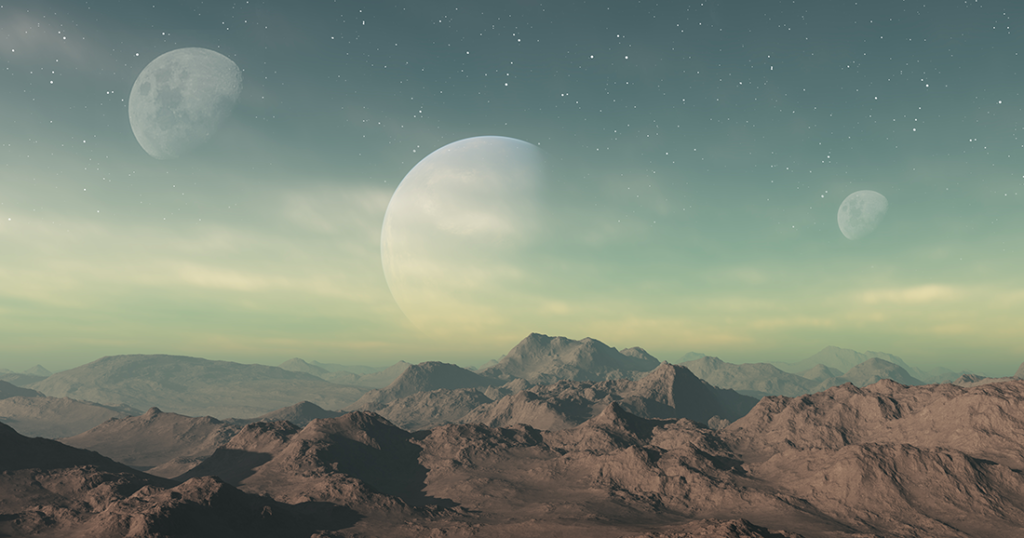 The question of what the largest number of moons that could orbit Earth probably isn’t a question that crosses most people’s minds, but it is a question that a team of people from Georgia Institute of Technology, University of Texas, Valdosta State University, and the National Radio Astronomy Observatory has dedicated themselves to answer.

It is probably nearly as interesting to understand the purpose behind why such a question was asked as much as the answer that the researchers from three academic institutions and the National Radio Astronomy Observatory finally came up with.

Our moon is drifting away…

With predictions that our moon will gradually drift away from the Earth, what is the point of asking what is the most Moons that Earth could have while it’s already losing a grip on the one it has got? Is there a two-for-one Moon sale somewhere? Trade in your old moon and get another one free?

If you are familiar with the Rare Earth Hypothesis by researchers Peter Ward and Donald Brownlee, you would know that the fact that Earth supports complex life is a result of many interrelated factors that make it possible for our Earth to support life, i.e., our Earth’s position in the solar system, it’s distance from the sun, and its relationship with other planets and its moon. Without everything in the universe being the way it currently is, favorable conditions for complex life on Earth might not exist. If you add or remove a moon, would the conditions start to falter?

If you were planning to move to a planet with more than one moon, such as Mars, you should know that one of its moons, Phobos, is approaching Mars at a rate of 6 feet (1.8 meters) per hundred years and will either crash into Mars in 50 million years or break up into a ring.

That may not bother you, but it could be bleak for future Mars colonists.

The team’s research published in Earth and Planetary Astrophysics delves into how many moons could theoretically orbit the Earth while maintaining current conditions such as orbital stability.

So why are they asking the question?

A recent article in Universe Today said that this research opens the door to a better understanding of planetary formation processes, which could also be used to identify exomoons orbiting Earth-like exoplanets.

So in layman’s terms, if we are searching for other habitable planets, we should be open to the idea of living on another planet with more than one moon.

Our solar system has over 200 moons, but only three orbit terrestrial (rocky) planets: our moon (Luna), Phobos, Phobos, and Deimos around Mars. As one in three of these moons, Phobos is predicted to crash into its neighboring planet Mars, and the other one in three of these moons, Luna, is gradually moving away from our planet Earth, living somewhere with a view of a moon seems to be kind of overrated. However, when you read the research results below, surprisingly, there may be habitable planets with similar mass to ours, with much more moons orbiting them.

What is the most number of moons that the Earth could have?

There is no definitive answer to this question because it depends on several factors, including the planet’s size and mass, gravitational pull, and the size and orbit of the moons.

Just because our solar system has over 200 known moons, most of them around gas giants like Jupiter doesn’t mean there couldn’t be habitable Earth-like planets with multiple moons.

According to Dr. Suman Satyal, an Adjunct Assistant Professor of Physics at the University of Texas at Arlington and the study’s lead author, the fact that a planet with a similar Mass to our planet can have more than one moon “increases the probability” of detecting exomoons. He said, “This should give exomoon observers an idea of the upper limit of the number of moons orbiting an Earth-mass planet orbiting a Sun-like star,”