What Happened to the Much Feared Hole in The Ozone Layer

Did the ozone layer really recover? 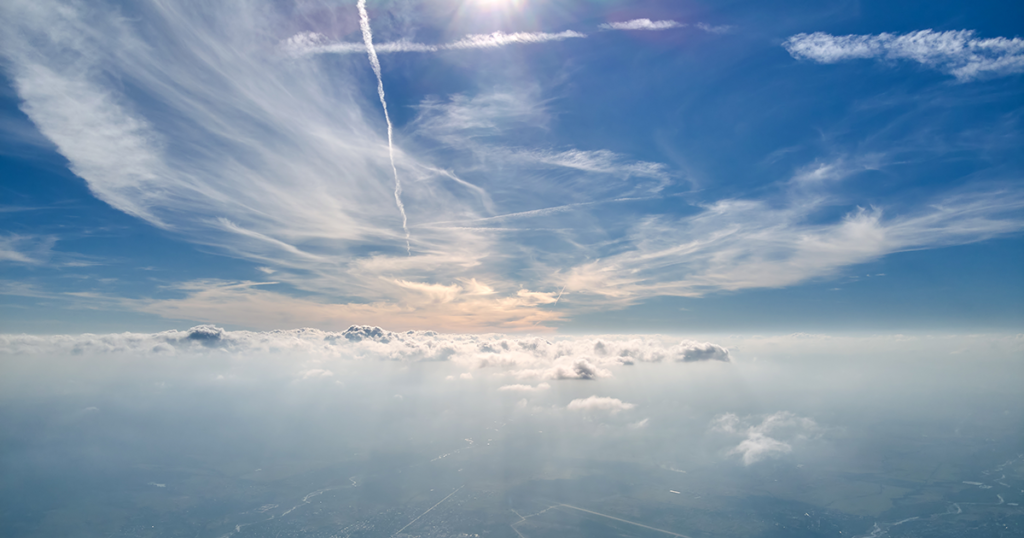 Almost four decades have passed since researchers Frank Sherwood Rowland, and Mario Molina alerted the world about the depletion of the ozone layer.  Their study made us understand that human activities such as the use of aerosol hairsprays were responsible for damaging the stratosphere – the part of the atmosphere that protects against ultraviolet radiation.

At first, these findings were not taken seriously by leading scientists worldwide. One notable event was the DuPont denial game – a publication that the CFCs Company used to condemn the theory. However, things would take a turn for the better during the 1980s as it became an instrumental tipping point for green activism, triggering the concerns of individuals for the environment worldwide.

Ultimately, express actions to resolve the problem by banning industrial production of harmful compounds will begin to take place. An era dubbed “the greatest success achieved by international environmental agreement” would ensue as experts were finally on the same side on the issue that affected the globe. Ironically, it was technology seeking solutions to problems caused by technology in the first place.

Of course, credits to the chemists Rowland and Molina published the groundbreaking discovery in 1974. Before the research, we knew of the involvement of chlorine and other substances that catalyze ozone layer depletion. However, there was no reported link to chlorofluorocarbons (CFCs) – a gas that had been industrially produced since the 1930s – used in aerosol propellants, refrigerants, and production of plastic foams.

“Chlorofluoromethanes are being added to the environment is steadily increasing amounts. These compounds are chemically inert and may remain in the atmosphere for 40–150 years, and concentrations can be expected to reach 10 to 30 times present levels. Photodissociation of the Chlorofluoromethanes in the stratosphere produces significant amounts of chlorine atoms and leads to the destruction of atmospheric ozone”. Rowland and Molina Wrote in their publication.

Although the scientific community initially rebuffed the findings from their research, successive tests and analysis were able to verify their study’s findings. Significant losses of total ozone in Antarctica reveal seasonal ClOx/NOx interaction – one of the notable studies supporting the research was published in 1985 – a study conducted by the British Antarctic Survey.

To that effect, Susan Solomon, a researcher at the US National Oceanic and Atmospheric Administration (NOAA), made efforts to provide conclusive evidence for the theory. She explained that the presence of polar stratospheric clouds (PSCs) in the winter polar stratosphere at altitudes of 49,000 to 82,000 feet in Antarctica was electrostatically attracting CFCs and providing ideal surfaces that promote the formation of ice crystals – a condition that accelerates ozone breakdown. She concluded that the rate of breakdown was higher than the rest of the world because of the relatively higher altitudes.

The breakthrough in environmentalism

The expected response to these new findings that confirmed the work of Rowland and Molina led to the establishment of a scientific consensus on the ozone hole; an event in 1987 that will see 46 nations sign the Montreal Protocol – a treaty to get rid of substances that deplete the ozone layer.

However, despite the progressive transition from CFCs, affected chemical industries were hesitant to quit production. DuPont, which was the primary culprit, had her president (at the time) Richard Heckert writes to the Senate saying, “At the moment, scientific evidence does not point to the need for dramatic CFC emission reductions. There is no available measure of the contribution of CFCs to any observed ozone change.”

Eventually, the Montreal Protocol was enforced in 1989 – an action that was considered the most successful international environmental agreement in history. It remains the only UN treaty to be ratified by all 197 member states.

In recent times, hydro-chlorofluorocarbons (HCFCs) have substituted the use of CFCs, and there are also plans in the works to completely replace HCFCs with hydro-fluorocarbons (HFCs) and other less harmful compounds. Due to the unstable nature of HFCs, they break down much faster before significant amounts can reach the stratosphere.

This action finally gave a breather in 2018 when NASA recorded a 20 percent drop in ozone depletion – relative to stats recorded in 2005. Also, there may be more relief on the way as future projections expect the Antarctic hole to completely heal before 2080.

Despite forecasts suggesting that recovery of the ozone layer will be transitory, the process won’t be a one-way street as we expect the effects of seasonal cycles to play their part.

For example, the Antarctic hole reached a record minimum in 2019. However, the cushion effect was short-lived because the winter cycle of the following year came with PSCs, which catalyzed more stratospheric depletion. This led us to see records where the Antarctic hole expanded over 24 million square kilometers.

Consequently, we were safe again going into the year’s end. Even then, we cannot dispute the possibility of experiencing these events again at a monumental scale. While that’s the case, the variations are not associated with the events from the Covid-19 pandemic, so outside eradicating CFCs, there’s little we can do regarding further mitigation.

Search for a sustainable solution

Lorenzo Polvani, an atmospheric and climate dynamics expert at Colombia University, conducted a study showing that CFCs are responsible for half of the temperature rise recorded in the North Pole. In an interview with OpenMind, he said, “Banning of CFCs by the Montreal Protocol will mitigate Arctic warming and sea ice loss in the coming decades.” He then emphasized that the issue may never be corrected if we don’t reduce the emission of CO₂, which is the primary cause of climate change. This research considers CFCs a more potent substance than regular greenhouse gases (CO₂).

Despite the complete termination of CFCs production in 2010, there was an unexpected 25% increase in CFC-11 emission based on research conducted in 2018. The investigation, which Stephen Montzka, an NOAA researcher, led, suggests that China played a huge role in the emissions. In an interview with an open mind, Montzka said, “we identified China as being responsible for about half of that global emission increase.”

Although further study makes us understand that the increase in CFC-11 was transitory, we must avoid further delay in the ozone layer recovery. At any rate, CFCs alternatives may be unaffordable in some developing countries.

Also, they were challenged with the issue of HFCs contributing to climate change despite being ozone friendly. 2018 recorded an increase of HFC-23 emissions – a compound considered the most significant cause of global warming among the HFCs. Surprisingly, the current version of the Montreal Protocol has nothing to checkmate this.

Above all, finding safe aerosols that won’t damage the ozone layer or contribute to climate change is a puzzle science has yet to solve.