A recent study discovered that your brain has a unique, innate ability to tell whether an object is edible or not. 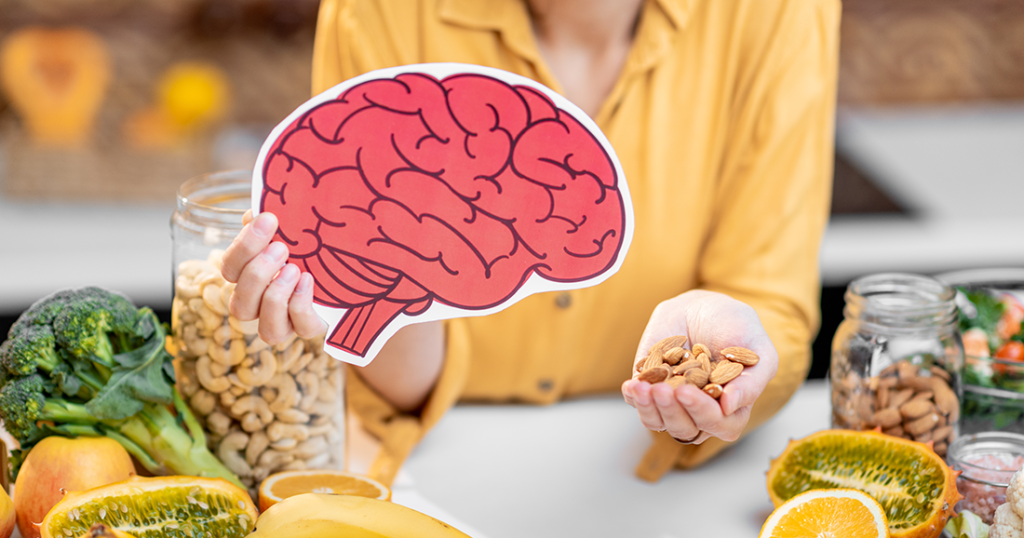 The transition from seeing scrumptious cake to feeling hungry may seem to happen quickly. But what gets you a moist piece of red velvet cake straight into your mouth is an explosive orchestra of information rushing from neuron to neuron and from one brain region to the next.

While we have a general understanding of the neurological mechanisms underlying how our brains react to different foods, we lack a comprehensive map outlining all the stops along the way.

Thanks to some serendipitous sleuthing

Researchers at the Massachusetts Institute of Technology have identified a distinct group of neurons that light up anytime you set your eyes on a gourmet treat.

According to the study published last month in the journal Current Biology, these neurons are in a region known as the ventral visual stream. They are the neurological route that connects the brain’s visual cortex to the temporal lobe right below the ears. It’s strange for food-sensitive neurons to be located there.

But Nancy Kanwisher, the paper’s lead author, and Walter A. Rosenblith, Professor of Cognitive Neuroscience at MIT, say they might have evolved due to food’s relationship with social behavior and culture.

What the researchers did

Kanwisher is renowned for her work in the 1990s. She discovered the fusiform face area, a small region in the inferior temporal cortex that is strongly activated when the face is shown over any other image type. And since then, her laboratory has worked on characterizing and comprehending the inner workings of visual perception.

However, there are situations when finding something in the brain happens accidentally. Kanwisher and Meenakshi Khosla combed through the Natural Scenes Dataset (NSD), a sizable public collection of 10,000 functional whole-brain scans, to learn more about the ventral visual stream.

“We had no food-specific hypotheses before examining this dataset. We just wanted to investigate what kind of selectivities emerged through data-driven dataset exploration,” Khosla says.

To achieve this, the duo broke down all of the brain scans into a sizable table using math and computing, allowing them to see which voxels—the smallest unit of an MRI similar to a 3D pixel of brain tissue—had the neurons that reacted most strongly to particular images, such as a puppy, house, or food in this case.

Participants in NSD were shown about 70,000 different colored nature scenes from the Microsoft Common Objects in Context dataset.

However, they also discovered a fifth group: neurons that lit up with enthusiasm whenever food-related pictures were present.

The researchers were astounded by this strange discovery, which was a complete surprise. We thought, “‘Oh, that’s pretty cute,’ when we first saw it,” recalls Kanwisher. “[We thought] those photos are more colorful. They are on roundish plates, so maybe it’s the color that we’re seeing selectivity for, the plates’ curvature, or something about the texture.”

These neurons seemed quite real and strongly connected to food when the data was repeated over the following few months. The researchers considered this food-specific population as the ventral food component or VFC. It appears to spread across two neuron clusters on either side of the fusiform face region Kanwisher had earlier found.

According to Khosla, “I believe we always thought of food as a conceptual category and not as strictly visually uniform. That is the reason we were perplexed by it.”

The scientists developed a predictive model using machine learning to extend beyond the NSD and determine whether their findings were true for other pictures. The AI — serving as a type of human brain understudy — was fed with about one million images and responded favorably to 1,000 photos that were all food. This is also true for black-and-white pictures.

The AI was then presented with matched food and non-food combinations with just one difference—edibility—but shared commonalities in terms of shapes, colors, and textures. Crescent moons and Bananas, buttons and M&Ms, and, tragically, fried chicken and adorable pups are a few examples.

“You see here, [AI] predicts a larger response to food than non-food, even if these things are visually matched,” adds Kanwisher. “We can conduct a kind of proxy experiment without needing to scan the subjects. Although we must verify with actual facts, it’s a wonderful method to make an educated guess in advance.”

According to the brain scan data, the researchers also discovered that for some participants, the VFC lighted up strongly to images of prepared food, such as a slice of pizza, over raw fruits and vegetables, and images of warm-colored versus cool-toned foods.

Research on color blindness and food from the 1950s and behavioral studies in children, adults, and monkeys, reveal that color seems to be a determining element in food choice and perception. Within that, researchers are attempting to identify all of the components involved in food perception, the areas of the brain engaged in that learning, how it developed in humans, and whether other animals share these gourmet neurons.

Kanwisher’s laboratory and other research have revealed that face and place selectivity probably emerges in children as young as six months old. “Now, this brought up the question about food. Does that arise at the same time? It is a strong likelihood that it does not since determining whether something is edible requires learning and has a cultural component.

Kanwisher and her team hope to learn more about the VFC’s specialties and how they advise us on what to eat. However, rather than concluding from data and algorithms, they must first directly confirm evidence for this region in live subjects.

According to Khosla, “We do not know whether [the neurological foundation for the VFC] genuinely exists in single neurons or whether there are merely particular populations or groupings of neurons that demonstrate this food selective behavior.”

You’ll be happy to learn that an MIT team is preparing to investigate the mental processes involved in watching a knife cut through what appears to be a human hand.