Hubble telescope spots possibly the furthest star ever. The devil is in the detail. 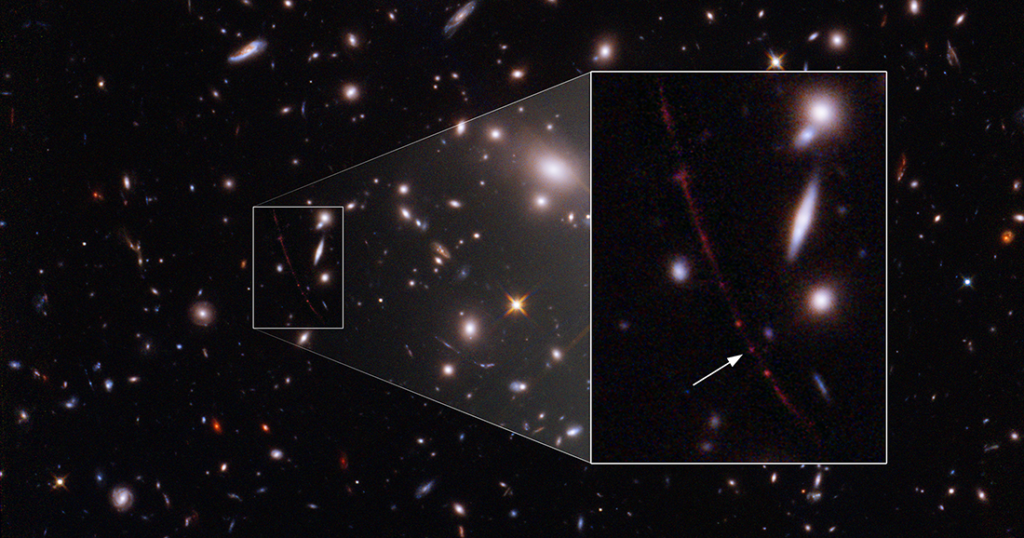 The NASA website claimed this is an ‘extraordinary new benchmark: detecting the light of a star that existed within the first billion years after the universe’s birth in the big bang – the farthest individual star ever seen to date.’  No doubt, the claim of this discovery will add more fuel to the scientific and creationist debate.

Yesterday it seemed the whole world media were on edge, waiting for an announcement by NASA.  NASA had sent out a notification that they were going to announce something unprecedented discovered by the Hubble telescope.  According to Regina Preston, writing for smallcapnews.co.uk, the new discovery would ‘expand our understanding of the universe, as well as create a new line of future research along with the recently launched James Webb Space Telescope.’  People who were interested in this news, their minds began to race.  What could the James Webb Space Telescope have possibly discovered?  The world could really do with some good news right now.

Had the James Webb Space Telescope finally managed to spot evidence of an alien race, as was speculated would be possible by Harvard Professor Avi Loeb. He said it was likely that we would likely see a photo of a UFO within two years.

Had the James Webb Space Telescope seen a huge asteroid headed towards Earth that would need pulverizing, and accelerate the need for technologies such as planetary defence systems developed by Professor Philip Lubin.

Had the James Webb Space Telescope seen a blackhole increasing in size about to suck up planet earth?

Maybe a new habitable planet had been identified?

When people waited for surprise announcement news from NASA, they hope that nothing too terrifying would be announced.  The organization has also been in disarray recently, with procurement costs for NASA’s Artemis Program in chaos, and with Russia withdrawing cooperation with NASA.

Scientists have also over the last few months have been alerting the press of potentially devastating effects to technology from Solar Storms headed Earth’s way this week.

Space is really big, much bigger than we thought

When NASA announced that they have, with the Hubble technology, detected a star that is so far away that its light has taken 12.9 billion years to reach Hubble’s lens, expanding our knowledge that space is exponentially bigger than scientists understand it to be already, the layman reaction is ‘So basically, space, which is big, REALLY big, is actually even bigger. Well done, boffins!’

For anyone interested in the scientific discovery the key points of NASA’s excitement are quoted below. With the Hubble Telescope and new techniques astronomers have been able to refine space observation techniques to see even further.

Galaxies observed from afar normally look like small smudges as the light from millions of stars blend together. The galaxy hosting this newly discovered star has with new observation techniques “been magnified and distorted by gravitational lensing into a long crescent that we named the Sunrise Arc.”

The Devil is in the detail

Morning star is one of the names attributed to the Devil in the Bible.  No doubt the naming of this star will add further controversy to the scientific and creationist debate.

In Anton LaVey’s The Satanic Bible, Wikipedia states that lucifer is one of the four crown princes of hell, particularly that of the East, the ‘lord of the air,’ and is called the bringer of light, the morning star, intellectualism, and enlightenment.’

A big telescope seeing distant star may not be news to some people, but others will be chewing over the naming of NASA’s latest discovery.