How Will the Human Race Evolve Over the Next 10,000 Years?

Are humans still evolving, and what will our ancestors probably look like. 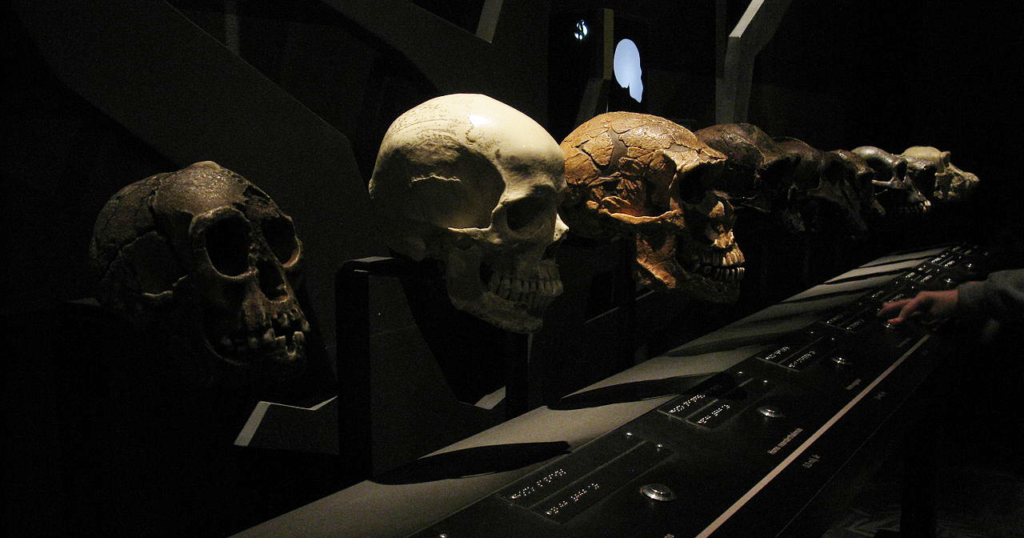 Can you imagine what your great-great … grandchildren will look like in 10,000 years?  Assuming humanity survives a climate apocalypse, asteroid impact, or an all-out nuclear war.  Nicholas Longrich, a senior lecturer in evolutionary biology and paleontology at the University of Bath, tries to give us some insight into this question.

Our descendants may look puny and have small heads

If the current analysis by Longrich is anything to go by, we can imagine our great-grandchildren to have smaller jaws because we aren’t chewing as many solid foods as our ancestors.  Our great-grandchildren may not be that physically muscular.  As people have evolved, they are increasingly less like the strong muscular humans our ancestors once were. Longrich considers our civilization on its current course of using machinery rather than muscles; peoples’ muscles will continue to shrink. Our jaws are used less for chewing with more processed food. This will also impact how the facial looks of our great-great … grandchildren will evolve.

We have evolved to have smaller brains than our ancestors, unlike our ancestors we no longer need to think how ‘to outwit lions and antelopes, or memorize every fruit tree and watering hole within 1,000 square miles’.  We don’t even have to remember the time, we can look at a watch, Google makes finding anything in any location easy for us.

Most of us don’t use fine motor control and coordination to make bows.  How many of us can track animals and trajectories?  Longrich suggests, ‘Maybe the parts of our brains used for those things got smaller when we stopped hunting.’

How our descendants may evolve…

Longrich’s analysis raises some interesting points on how people select partners.  The modern world and the media possibly determine our sexual attraction much more than the survival of the fittest.  Since the age of industrial agriculture, our evolution is less about the survival of the fittest and rather more about mating with the fittest, where attractiveness is increasingly defined by the media. Maybe people will increasingly look more similar.

Maybe our great-great … grandchildren will evolve to look like puny tiny-headed furless and tailless Meerkats, but without the agility of a Meerkat.  They will be surrounded by their machines doing the heavy computations and the heavy lifting and protecting them from stronger natural predators.  This is unlikely.

What Longrich observes are some exciting yet potentially disturbing possibilities.

Many cultures have a long tradition of recommending partners for their children and arranging marriages for them; these cultures match their society’s evolution according to their religious and political preferences.

Computer algorithms on dating sites can increasingly arrange recommended partner matches; it is only a matter of time before AI (Artificial Intelligence) is run by corporates that will determine the genetic matches.  Longrich summarizes, ‘Our genes are being curated by computer, just like our playlists. It’s hard to know where this leads, but I wonder if it’s entirely wise to turn over the future of our species to iPhones, the internet, and the companies behind them.’

Our descendants may be physically flawless and highly intelligent

An alternative possibility to our great-great … grandchildren evolving to become puny and small-headed due to humanity’s reliance on machines is that AI and scientists will increasingly determine how people breed, eliminating genetic faults and making people more physically flawless and highly intelligent.  Jeff Bezos has a plan to make humans immortal.

What constitutes being physically flawless and intelligent is highly subjective. There is nothing wrong with having a small head or a tiny brain, a ‘1999 study by a research team at the Faculty of Health Sciences at McMaster University actually showed that Einstein’s brain was smaller than average‘.

Our descendants may be able to plug themselves into VR

Suppose Elon Musk had his way more people will have their brains communicating directly with computer systems in the future. In that case, humans might be more like the Borg from Star Trek, allowing their minds to become part of more considerable computer circuitry. Neurolink aims to have computer chips implanted in human brains in 2022; other companies have already done it.

Alternatively, our great-great … grandchildren could also find themselves living on Mars andand would evolve on an entirely different trajectory than their human ancestors on Earth because of their atmospheric and diet differences.  The toll of gravity from space travel different levels of sunlight on other planets would affect strength and skin pigmentation.

The great-great … grandchildren on Earth may have their minds entirely consumed in Metaverse similar to the one Zuckerberg hopes will develop. One would wonder how people would maintain their physique spending more time in virtual worlds. Still, the workouts of virtual sports could develop different aspects of people’s physique not generally exercised in the real world.  For instance, very few people real tennis, compared to people who may play Wii-fit sports on game consoles.