Is It Possible That Humans Have a Magnetic Sixth Sense?

Can we really unconsciously detect changes in Earth's magnetic field. Science finally has an answer. 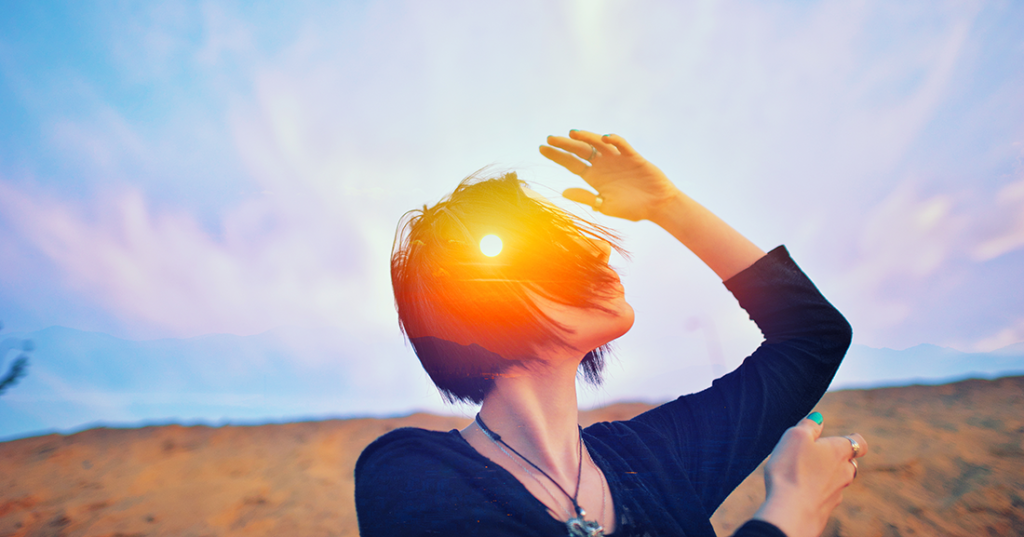 Scientists have been making hypotheses over the years about the existence of a sixth sense in humans since the 19th century; one of them was that humans have a magnetic sixth sense. Science has been slow in arriving at a conclusive result, mainly because a sizable amount of scientists also consider the notion as an utterly absurd suggestion.

In 1859, Alexander von Middendorff, a zoologist, was the first to propose that the migratory routes of birds were determined by their ability to detect and interpret geomagnetism. In 1882, another zoologist Camille Viguier suggested that the ability of dogs and other animals to return to a specific known location is due to the semicircular canals of their ears being sensitive to the Earth’s magnetic field.

In 1927 Nobel laureate winner Karl von Frisch proposed that bees used the movement patterns (dance of honeybees) of honeybees to determine the location of a food source. As expected, his theory was embraced with its fair share of disbelief due to the limited scientific knowledge in that period. However, advancement in science eventually proved him right, and we’ve long unearthed other intriguing capabilities of honeybees. Looking past the mere movement patterns of the bees, his hypothesis also suggests that the bees could also navigate in the dark via the detection of Earth’s magnetic field.

Sensitivity of animals to magnetic fields

The second half of the 20th century would eventually see scientists eager to understand the concept of magnetoreception in animals. During this period, scientists were intuitive enough to suspect the migration patterns of birds to be controlled by an internal compass. The European robin in 1966 will then host the demonstration of this unique ability. After that, an explanation of the magnetic senses of other animals ensued.

Nowadays, there is little resistance that opposes the idea of the existence of some sort of electromagnetic sense in most animals. The list of animals with magnetoreception abilities is getting robust as more suggestions are established. Some already proposed to possess this ability includes fish, birds, mammals, arthropods, amphibians, and mollusks.

Magnetoreception seems well distributed in nature. To an extent, it makes us beg for answers to the question, “are humans also magnetoreceptive?” answering this question has always been a challenging ordeal primarily because the concept of magnetoreception is still very much in its infant stage. Regardless of many animals having the ability, the phenomenon still leaves a lot to be studied and explored by scientists.

The existence of magnetoreception in animals can be established through the presence of specific organs, tissues, cells, or substances used by the animal to receive and ultimately respond to the generated signals. Their ability to use magnetic navigation can be attributed to magnetite in the abdomen of honeybees. Studies show that sea turtles and some fishes like salmon use a similar method for magnetoreception as the honeybee. In contrast, fishes like sharks rely on induction and organs called ampullae of Lorenzini.

In 1978, Klaus Schulten, a biophysicist, hypothesized that animals could use their biomagnetic sensory mechanism as a compass. According to him, the optic nerve receives signals when the Earth’s magnetic field alters the movement of entangled spinning electrons, which are activated by blue light.

Magnetoreception in birds is one of the fascinating examples which involves photoreceptor cells in the retina containing pigments called cryptochromes which undergo a quantum phenomenon called radical pairs, responding to magnetic forces.

A study that Roswitha and Wolfgang Wiltschko did in 1972 was published in SpringerLink on 2nd September 2021. The research extensively investigated how different animals used magnetic navigational information with emphasis on the avian species.

According to both scientists, birds responds to both direction of Earth’s magnetic fields through their relative declination, inclination, and deviation from geographic poles. This is similar to compasses with the ability to tell latitude without specifying a pole relative to the other. The research is also supported by a study conducted by Dmitry Kishkinev and Richard Holland named ‘navigation by extrapolation of geomagnetic cues in a migratory songbird.’

It would seem like different animals implement different mechanisms according to their species, but according to Roswitha Wiltschko in an interview with OpenMind, their magnetoreception is dynamic among vertebrates. The magnetite compass in birds needs UV to green light to be activated, amphibians need UV to blue light for activation, and turtles function independently of any form of lighting.

Aside from birds, studies on the magnetite compass hypothesis in fish and mammals like bats and mice show the presence of cryptochromes (Cry1) in the retina. While mammals like dogs, wolves, foxes, bears, and other carnivores have been confirmed to possess this quality, it isn’t present in humans.

Although the presence of cryptochromes doesn’t directly translate to magnetoreception abilities, it’s headway in suggesting that these mammals can use magnetism to trace locations. According to Dmitry Kishkinev, the number of hypotheses is as many as the types of animal species on the planet.

Now to answer the question, “do humans have their fair share of magnetoreceptors?” True to form, Homo sapiens also possess cryptochromes (Cry2). There have been studies to prove that human cells are sensitive to magnetic fields, and the presence of Cry2 in our retina has been established. More so, research on human cryptochromes suggests the exhibition of light-dependent magnetosensitivity.

In addition, several studies and hypotheses coupled with experiments have constantly pointed us in the direction-finding our magnetic sixth sense. One of the most recent research, which was published in 2019 by Joseph Kirschvink et al., further solidifies proof of magnetoreception in humans.

According to the study, alpha waves in our brain are affected by the Earth’s magnetic field – a phenomenon seen in sensory signals of other animals with the same ability. In the study, Kirschvink also explains the recognition of north-south polarity, adding that the mechanism is far more sophisticated than the cryptochrome hypothesis, which only detects axial (latitude) alignment.

He proposes a mechanism based on magnetite, a mineral scattered in different brain regions. Furthermore, he concluded that ferromagnetism better explains the behavior observed in birds without adding cryptochromes to the equation. He expresses concern about the unclear role the cryptochrome molecules play in the magnetic senses.

At any rate, there’s no proven way through which humans can consciously sense magnetic fields. Apparently, for now, it is a sensory function that has been lost to evolution. Until science can help us find a way to stimulate our sixth sense, knowing of its existence is more or less useless.